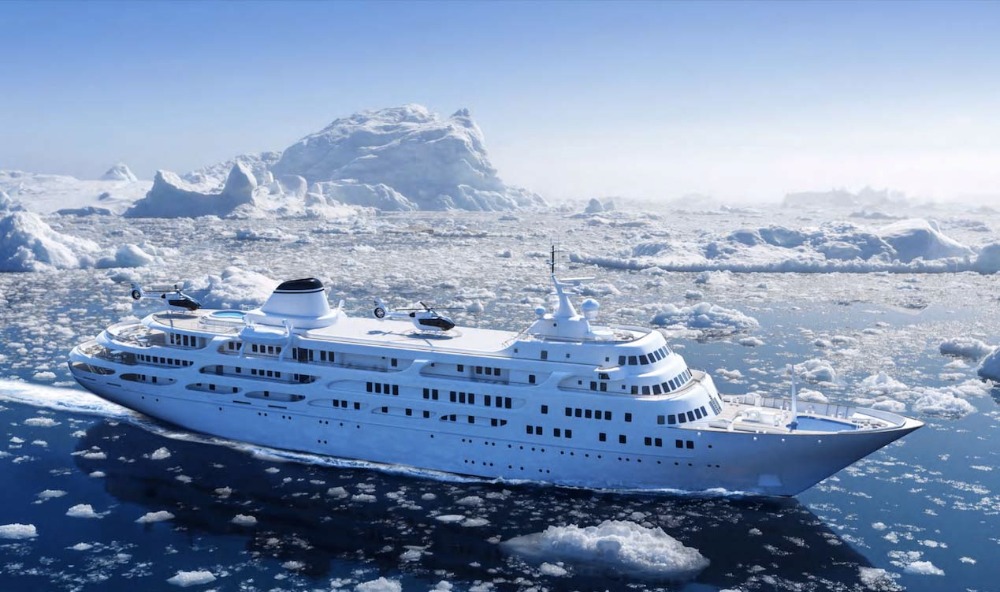 Lying in the Fincantieri Shipyard Tieste in Italy is Project Y910, the 9th largest superyacht presently under construction, with the potential to become one of the 40 largest superyachts in the world. The owner, a ‘European industrialist’, has opted to take the road less travelled by auctioning off the project to the highest bidder via the largest luxury real estate auction marketplace in the world – Concierge Auctions. The 13- year-old company have previously worked with an extensive range of clients, including the likes of Michael Jordan and the Kardashians.

Concierge Auctions have spent roughly five years working in the EMEA region, but this will be the first superyacht sold through the company. That being said, Project Y910 appears to be an opportunity to showcase the many benefits of selling a megayacht through the auction process rather than via traditional methods. Firstly, the yacht is already at an advanced stage of completion and has a predicted delivery date of between 18-24 months from the signature of contract. However, the vessel has not yet reached the pre-outfitting stage, and so, the buyer will have a large say on the rest of the construction depending on how they wish to use the vessel. The current team of architects, engineers and designers will be able to customise the yacht to make it compatible as an expedition yacht, scientific research vessel, floating residence, or opulent charter experience. 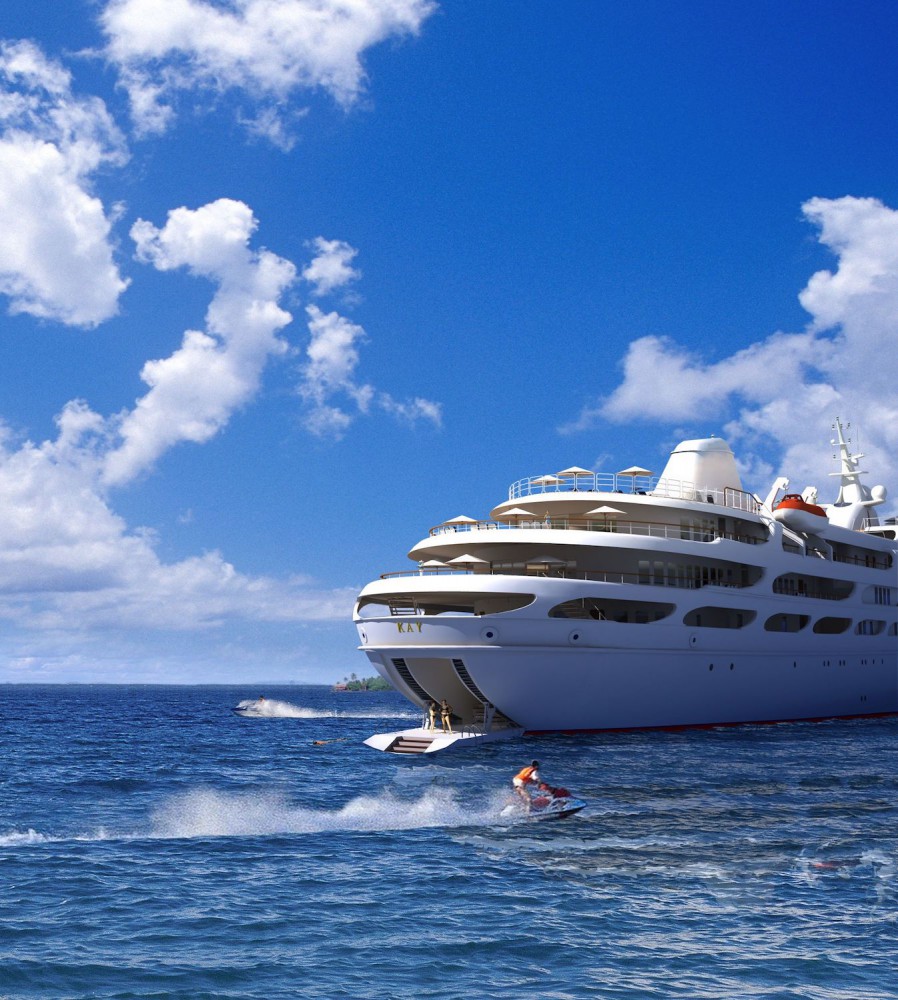 The project also features an attractive sustainable element. The recycled existing ice-class hull has been lengthened and a completely new aluminium superstructure has been added. The yacht will also feature a hybrid diesel-electric propulsion system, something relatively common in the commercial sector, but frustratingly rare in the private yachting world.

Charlie Smith, Founding Partner of LREA and former Managing Director of Sotheby’s International Realty revealed how the company came about acquiring the unique opportunity, “This particular vessel is owned by someone who has been on properties with us before and he likes our platform. And so, in our discussions with him, he said, ‘Listen, I know you're interested in yachts. I've got this extraordinary opportunity for somebody. So perhaps this is the one that we should have a go at.’

"So, it seemed a natural fit, with a known client to us, that we could take on the incredible opportunities presented by the superyacht world.”

Smith believes that the reputable company’s extensive experience at the very top of the real estate ladder means that they don’t have to completely adapt their current model for the superyacht industry. “The similarities between a floating home and a static home are very similar. So this is our first venture into the superyacht business, but we've been looking at it for some time.” Smith revealed, “We know what we don't know, so we've partnered with Boathouse Auctions. We will always surround ourselves with the people who have got the best knowledge, whether it's a real estate broker, or an expert on a piece of a transaction, or in this case, we’ve surrounded ourselves with some of the best yachting minds.” 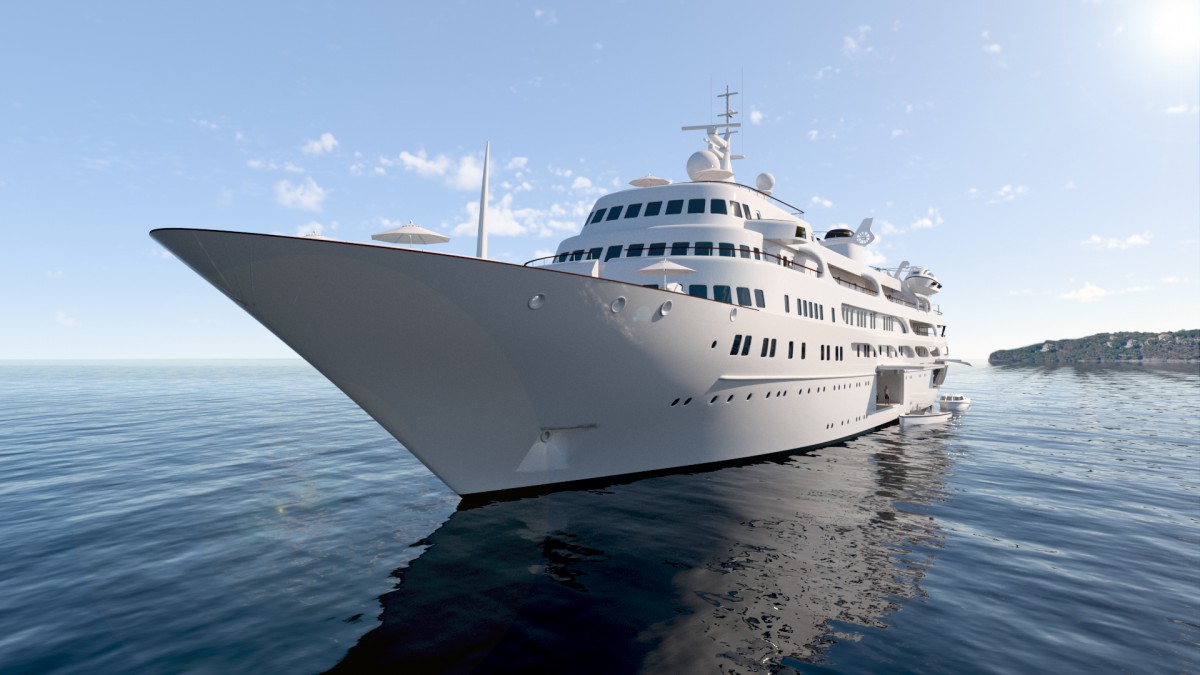 Joshua Gunsberger, EMEA consultant at Concierge Auctions echoed Smiths statement by saying, “I’ve seen so many companies in the brokerage community working in collaboration with the real estate industry, and so many in the brokerage world are starting to get connected and work with their clients in the real estate world. And so I see so many similarities in both sides of the equation and there is so much potential for the two worlds to work together. We have so much more access to information today than we ever did before and social media has reached such a pace where its peaking so may people's interest. The breadth of potential clients in this space has exponentially grown as the years have gone by.”

The primary goal for Concierge Auctions over the next couple of weeks is to build a field of interest, which is why the incentives have not been taken lightly. As well as auctioning with no reserve, there is also a 6% starting bid incentive and a 4% co-broke commission – meaning the broker or sales associate connected to the buyer will become an instant millionaire providing the yacht is sold at the listed price of €25M.

“We've got to build a field of interest.” Smith explained how, “We could go out there and say the reserve is X amount, and give everybody a target to aim towards. But what we do is we set an original price, which in this case is twenty five million euros, and we invite people to give us their opening bid. So in the whole build up towards auction day, we incentivise people on the buyer premium that they pay to give us an irrevocable bid before the auction opens. So, some people might see the value as X amount, and someone else might see the value as double X amount. It's up to them, they can establish their value. Once you’ve got that, your then building a field of interest, and then you tend to see that people get quite passionate in the auction environment.” 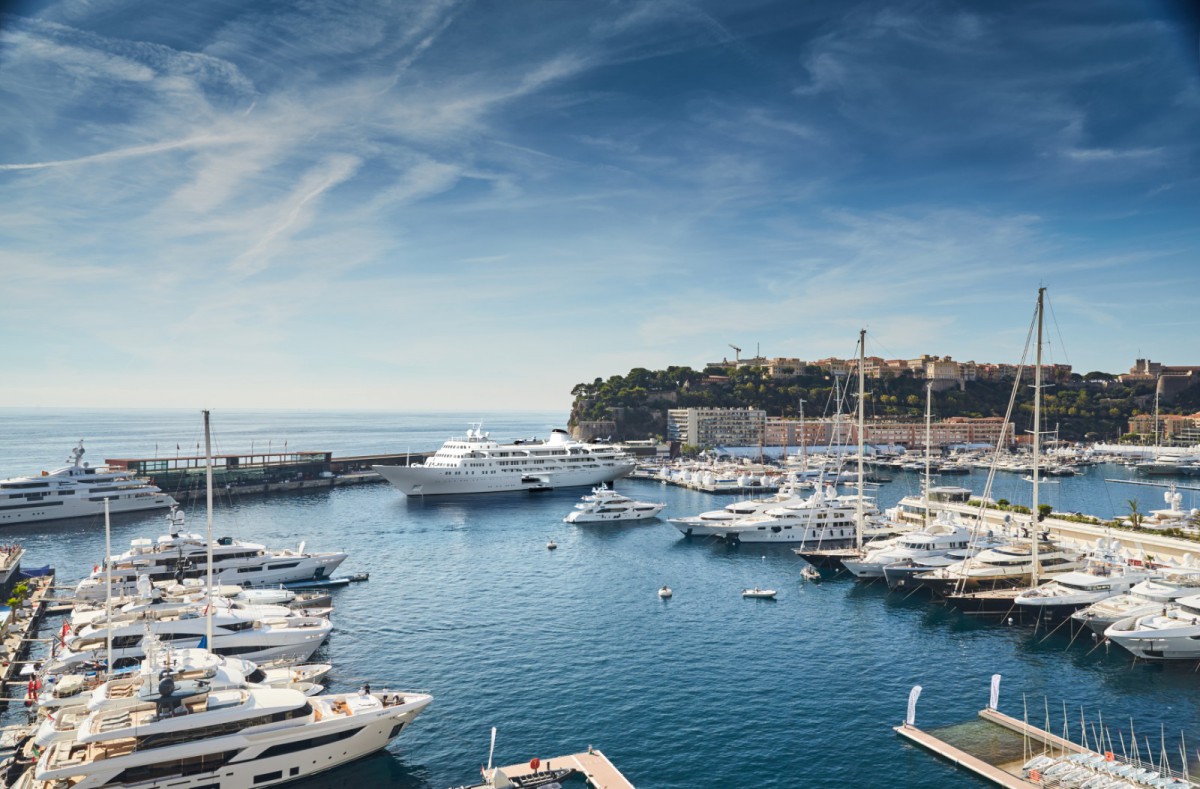 The auction will take place between 11-23 November, following an intense six week marketing process. The marketing strategy includes sending campaigns out to existing members, a dedicated project manager going out into the field, taking part in boat shows, and reaching potential buyers in digital spaces. The Auction house admit that while they can’t predict how every individual will want to use the vessel, they can help provide all the information and necessary due diligence. The company claim to interact in a ‘measured and sensible way’ with a database network of roughly 760,000 people.

There is plenty of reason for the strategically timed six week long marketing strategy. While the potential client will need enough time to carry out the due diligence process, there also needs to be a sense of urgency in place to ensure potential buyers don’t procrastinate or lose interest. “Six weeks is the sweet spot because if I go to somebody who's got huge wealth and I say to them, here's an opportunity to buy a luxury object and you've got two weeks to make your mind up. It's a bit short. That's really not enough time for them to get themselves into a position to compete. If I give people three months, then of course, the normal reaction would be, well okay, I'll think about it tomorrow, or I'll think about it next week."

"Six weeks is just the right amount of time because it instils a bit of fear of loss – a salesman's greatest tool.”

One of the main advantages of the auction process is that it offers the client complete transparency. They can see the value of the object being dictated by the market in real time rather than being told by the seller how much it is worth. With the current state of order books and the industries lack of capacity to supply more yachts to the market , it would make perfect sense for the auctioning process to become more popular. Furthermore, it is far quicker to renovate and repurpose a vessel for luxury use instead of building one from scratch, it’s also more sustainable, and more cost-effective. So the story of Project Y910 really is more than just the auction of a giant, it’s a possible case study that sets a high standard for creative and unique ways to buy and sell megayachts.