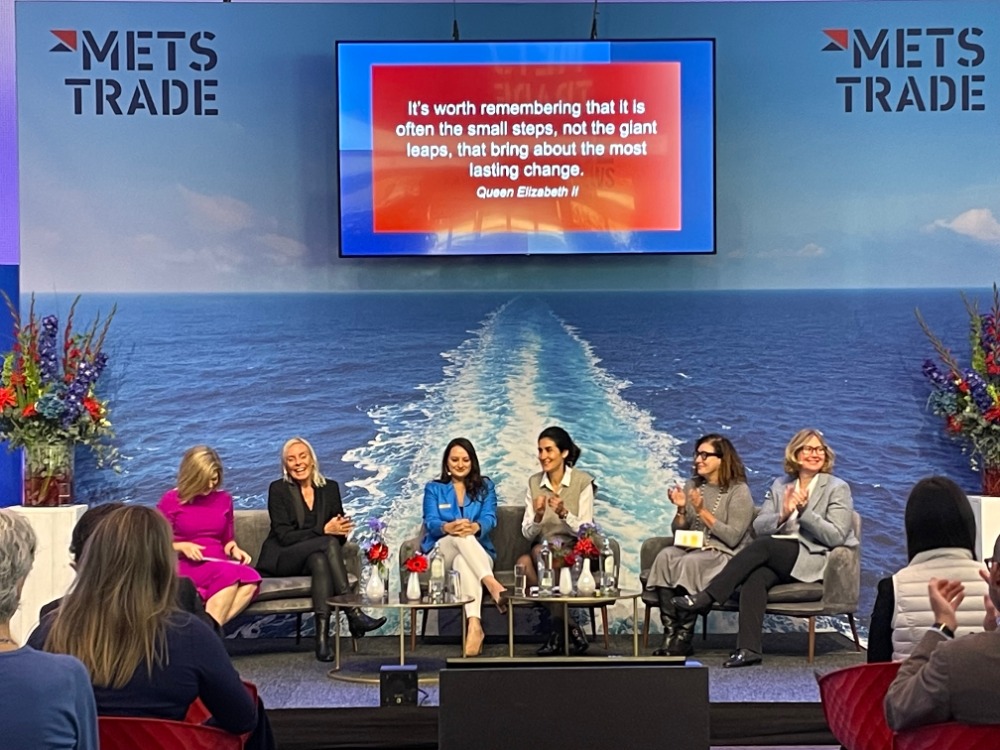 The atmosphere in the room was one of awe as the six women on stage explained how they navigated their way by making smart decisions and becoming the drivers of their own careers. The speakers had all clearly applied thought and intention to every move in their careers, balancing workplace values with ambition to find their unique place in a one of a kind industry.

Role models were touched on with Amerio saying that her father served as the inspiration for her strive to become CEO. While the women exchanged inspiring anecdotes about those people that played a part in their journeys the room was filled with a sense of hope. These professionals had become top players in their respective fields via collaboration: they had focused on the positive and shined in their own way.

The atmosphere on stage was one of support and mutual respect for each other's struggles as well as achievements. How ironic, I thought: the speakers had nothing but praise for their personal role models without recognising that they themselves were acting as a beacon of hope for the younger women starting out, myself included.

Marlin Schwartz provided perspective on how to tackle being a woman in a male dominated industry: to make being conspicuous your superpower and embrace the unique position you find yourself in. But not every argument was centred on gender. In fact, the speakers explained that it is important to remember that no matter the gender, professionals who are passionate and excel do not have to be held back by a glass ceiling.

Schwartz talked about the importance of choosing a manager wisely. She explained that a good manager can propel a professional to excel in their career, something Schwartz spoke about from personal experience at Volvo Penta. Pedersen echoed Schwartz’ advice, highlighting the importance of support of growth within a company. Planes, a French national with a British upbringing who speaks several languages including Mandarin, emphasised the uniqueness of the industry that stretches globally. Planes explained she felt this environment, in the right conditions, can help talent thrive.

I spoke to a few women in attendance who expressed to me their desire for the talk to have gone on for longer, the highest compliment that can be paid to a panel discussion. The industry professionals showed how far they have  progressed from a place with a lack of female role models. Panels like this ensure the next generation of women in the industry do have examples to follow.

Women in industry event at Metstrade

TSF Keynote: Bentley and the road to zero

International Day for Women in Maritime