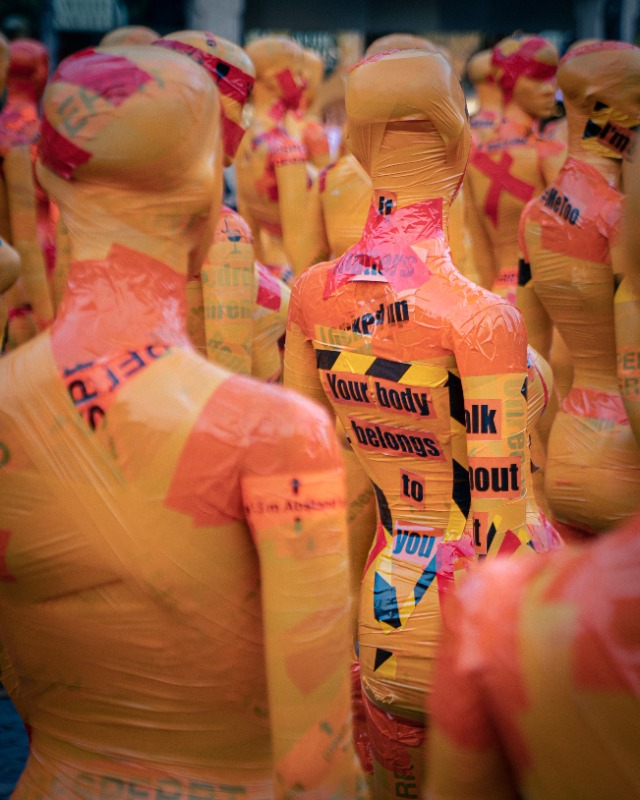 Cases of sexual assault and predatory behaviour in the superyacht industry are becoming increasingly publicised in a manner that is more conducive to change. However, this isn’t to say that there has been a recent spike in cases per se, these issues have long been a part of this industry, as they have across so many other industries globally. In today's world, Western society dictates that ‘hush hush’ attitudes towards important topics no longer passes muster and that silence is now regarded as violence. In the last 5-10 years social media has had a huge impact on the ability of individuals’ and societies’ ability to report on, engage with and fight against social injustice of all kinds and the same can be found within the world of superyachting.

In order to direct the conversation towards tangible change we have been collecting data through our anonymous poll below in order to understand what the market really thinks of this issue. While some respondents have claimed that sexual abuse is absolutely not prevalent in the superyacht industry, others vehemently disagree. Feel free to have your say below…

Sophie told SuperyachtNews that she was sexually assaulted by a crew member who had been aggressively and relentlessly pursuing her. After the assaults, Sophie admitted to succumbing to his advances and entered into a consensual relationship with the crew member. After finding out her abuser had been living parallel lives she decided to tell the captain all that had transpired between them - including the sexual, mental and emotional abuse. She claims the captain said that he did not want this man to return to the boat to do his handover.

A month or so later Sophie was informed that her abuser was indeed to return to the vessel as the captain was unable to find a replacement. The captain supposedly threatened to fire her if she spoke further to the other crew members about the abuse she had endured. The captain claimed that he needed the crew member to feel comfortable upon his return so as to not jeopardise the owners trip. He also later claimed that she was incredibly unprofessional for engaging in a relationship on board in the first place, despite him himself secretly engaging in a relationship with the chief stewardess at the time. According to Sophie, the chief stewardess had also confided to her that she didn’t want to be in the relationship, but was scared that if she didn’t, she would be fired.

Sophie was then sent to her off-rotation in Montenegro and was ordered to stay in the next town over, miles from the boat in order to make her abuser feel comfortable. She was told she would have no onward flights booked from Montenegro because the captain had said she would have a substantial flight allowance. However, he hadn’t passed this by the management company before making the offer, and so, when management heard of this request it was denied - Sophie was told it was not in keeping with her contract and that she would be returned to her repatriation destination in Australasia. Sophie was then told she would not receive any support for obtaining a mandatory managed isolation quarantine hotel. She spent days refreshing the booking spot to no avail and so she decided to head to France to get vaccinated.

While biding her time to go home, she contracted Covid. Having Covid meant that it would now be impossible to get home and she was also told that her off-rotation was to be extended from 10 weeks to 16.5 weeks to accommodate the abuser and give them even more time to find a replacement. When Sophie voiced her disagreement with this change to her contractual 10/10 week rotation, and how that would impact her next rotation, she was ignored. It’s important to note that the off-rotation was unpaid.

After recovering from Covid, Sophie claims to have received advice from both the Cayman Island’s Shipping Registry and Nautilus regarding the extension of her off-rotation and was told to reiterate her disagreement with the change of terms in her contract. Just 24 hours after taking this advice, the captains retaliation to this request was to terminate Sophie's contract “without cause.” She received the letter of termination after spending almost 10 weeks without pay.

After speaking with management and reviewing her options, she claimed that her dismissal was not "without cause" but “unfair dismissal” as this retaliation was a clear response to the request to return to work within her contractual time. No longer fearing the repercussions of exposing what had happened, Sophie then told the management company of the threats and everything that had transpired - including how the captain had knowingly prioritised the comfort, safety and well-being of her abuser before terminating her contract. The management company then asked for a report to be written including evidence to back up her claims. After writing this report the management company then said they wouldn’t send her report to the vessel until she received her belongings back from the boat.

They didn’t stick to their promise. After that, her belongings were held on the boat for weeks as it was during the Voile De Saint Tropez and to send her belongings would be an "inconvenience" to the program. She was eventually notified about the location of her belongings, and she found them dumped on the side of a busy road in Palma, Mallorca. The management company did however pay for her accommodation and food until they were able to repatriate her. Nautilus confirmed that they were not satisfied with this outcome and expressed their solicitude over Sophie's story. Although they were unable to achieve the desired outcome due to the contracts involved and the nature of the complaint, they were still able to send Sophie contact details for sexual abuse helplines as well as an article previously written on SuperyachtNews entitled ‘leaky contracts’.

Sophie had hoped that the report to management would have been a cause for action - particularly as five other women have been unduly fired from that boat in the last 12 months alone. But as nothing has come of it yet, she concluded her interview feeling deflated, disrespected, and above all, hugely disappointed in an industry that still tolerates people abusing their position and power.

This story is the second one of a series of articles that will be released to help encourage discourse about social injustice. A version of the initial amalgamated stories will also appear in The Superyacht Operations Report, which is due for delivery in May.

If you or anyone you know has been a victim of predatory or abusive behaviour in the industry please feel free to email maxs@thesuperyachtgroup.com. Alternatively, if you would like to share some initial thoughts you can take the poll below. The Superyacht Group is committed to providing the market with journalism which afflicts the comfortable and comforts the afflicted, and we welcome voices of any background and sector to reach out.

The art of leadership