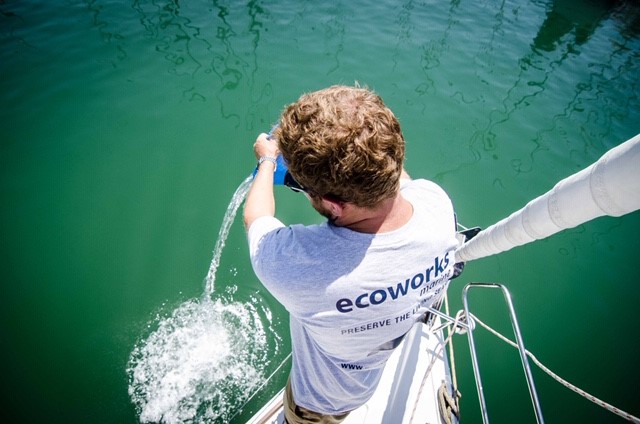 As my eight-year-old daughter said at dinner the other night, ‘the earth has humans on the naughty step right now’. The world has gone into lock down; cars remain parked, airplanes grounded, and factories closed, temporarily ceasing to pump polluting smoke into the atmosphere. This has had some interesting side effects. Wildlife is beginning to return to areas where it is rarely seen any more and rivers are beginning to run clear again, free of human debris and chemicals. Around the world countries are reporting massive reductions in pollution levels; in particular, falls in carbon dioxide and nitrogen dioxide of as much as 40 per cent, greatly improving air quality and reducing the risks of asthma, heart attacks and lung disease.

However, any improvements in air quality and environmental recovery will be short lived if after the lock downs we return to business as usual. With studies beginning to emerge showing a correlation between areas with higher pollution levels to increased cases of COVID-19, the crisis is highlighting the desperate need to reduce pollution levels across the world. To do this our oceans will be more important than ever.

Our oceans absorb almost 1/3 of global CO2 emissions. Over 70 per cent of our planet’s oxygen comes from the ocean, specifically from tiny marine plants in the ocean such as phytoplankton, kelp, and algal plankton. This makes the oceans of vital importance in regulating global warming and the amount of pollution in the atmosphere. Yet the ocean cannot continue to absorb the increasing levels of carbon dioxide in the atmosphere indefinitely.

The oceans so far have been able to absorb the extra levels of carbon however scientist say there will come a point when this is no longer possible. What's more is that the absorption of the higher levels of carbon dioxide has come at the cost of ocean acidification. The increasing acidification of the oceans is leading to the calcium carbonate that makes up mussel shells and coral skeletons to dissolve and interrupting processes like fish breathing. A study in journal Nature Climate Change found that ocean acidification is also likely to cause many species of phytoplankton, which are also partly responsible for absorbing carbon in the atmosphere, to die out. This could lead to dramatic consequences for the recycling of carbon in the world's oceans.

The result of this is already being seen in the Pacific Northwest. Richard Feely, author of a research study on ocean acidification and senior scientist at the National Oceanic and Atmospheric Administration (NOAA) Pacific Marine Environmental Laboratory in Seattle, told USA Today, "The increasing load of carbon dioxide in the ocean interior is already having an impact on the shellfish industry, particularly along the U.S. West Coast.”

Chemicals from antifouling, cleaning products and other detritus from yachts does not help the situation and we as an industry and ocean goers must start to take responsibility for this. We now all know about the increasingly visible problem of plastics in the ocean and awareness is growing regarding coral bleaching and its subsequent death as a result of rising sea temperatures. However, as studies are beginning to show there are other less visible yet just as important issues being raised that affect us as humans just much if not more. The COVID-19 pandemic is highlighting how important it is for the human race to look after the planet that sustains us. For sailors and those that rely on the ocean every day for work and play, this crisis should act as a call to arms to consider how we can protect the ocean in every way we can. Not just because it is morally right for future generations but because our health and just maybe our very existence depend on it.

Earth Day raises some serious questions for the superyacht industry

Is this the wake-up call we needed?