Jared Watney reveals how he went from being a regular crew member, to a professional YouTuber, to a business owner in just 5 years…… 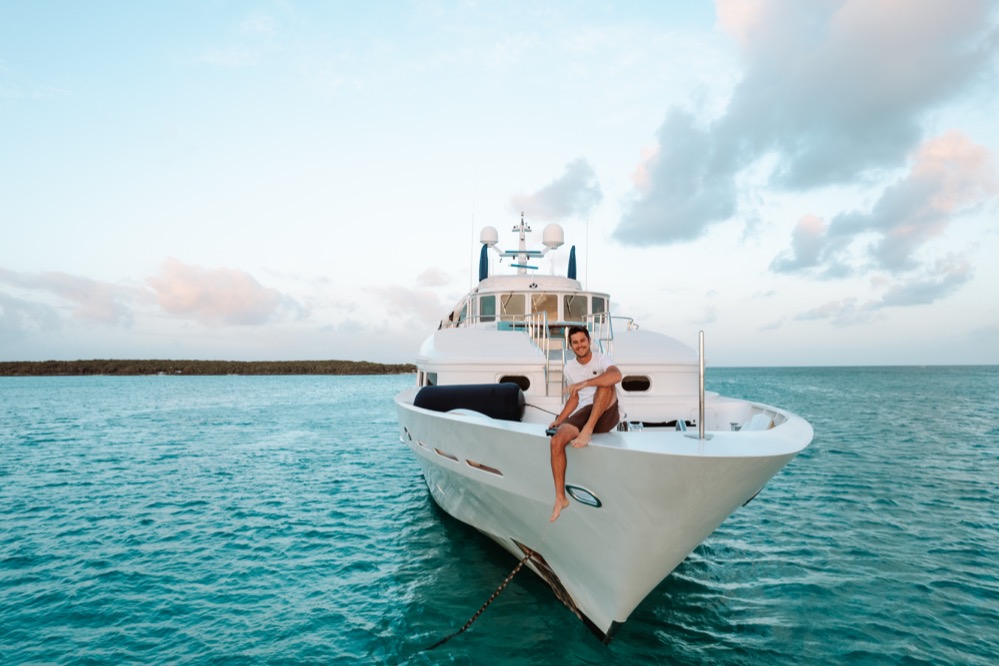 On the 17th of October 2016, Jared Watney, a young South African working in the superyacht industry, decided to upload his first vlog on his new YouTube channel. It was a pretty basic tour of a city in South Africa that was less than five minutes long - but it managed to get 2.5k views. For Jared, it was all the encouragement he needed to know that this was a path worth pursuing and that somehow he could figure out a way to blend a career in both yachting and youtubing. He invested in the proper software, got himself a drone and proper camera equipment, and less than a year later some of his videos such as ‘How to get a job on a yacht’ and ‘How to dock a superyacht’ started to surpass the 100,000 view mark. After seeing some of his videos go viral, Jared decided to grab the bull by the horns and invest all his time into creating the best yachting content on YouTube.

Fast forward to today and Jared has over 21.3 million views on his youtube channel, 176k subscribers, and can’t walk down the French Riviera without getting stopped by crew members telling him he is the reason that they are in yachting. His business Ocean Air Media has produced content for yachts such as the 72m Axioma and 62m CRN Rio, and companies such as BlueOcean Yachting, Sony, and Damen Yachting. 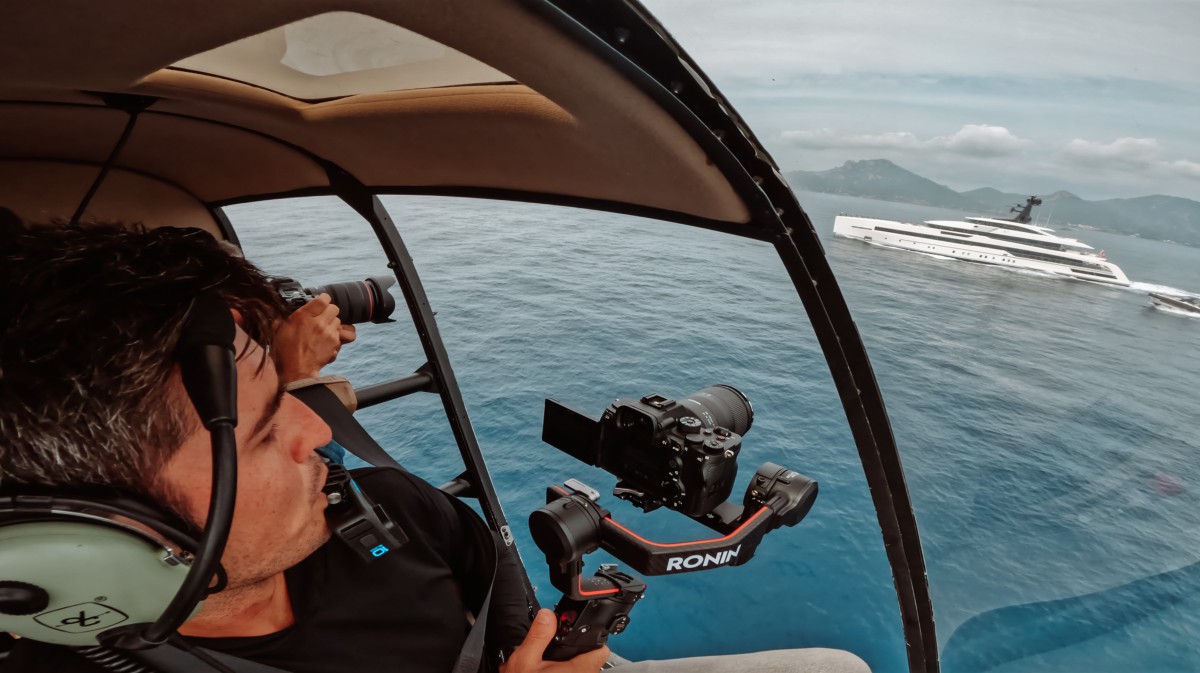 Jared Watney spoke to SuperyachtNews to describe his meteoric rise to youtube fame in his own words. “My videos were getting around 100 views, 200 views, maybe 1000 views. Then, all of a sudden this one video did  220,000 views, and I went from 18 to 20,000 subscribers in 15 days. From then everything just immediately took off and that was when I decided to film every single day. I wasn't able to edit while I was working for the summer, but I backlogged the footage for when I got home because it was a seasonal job.”

Jared continues, “I went home, edited all the film into daily episodes, and by the end of it I'd already locked up my next job, which was to film a catamaran in the Whitsunday Islands in Australia. I did that, and from there I already had my next job in America, which was at Bluewater Yachting. So I got flown to America and stayed in West Palm Beach for a bit trying to figure out my niche. And then in the airport on the way back from that America trip, a captain recognised me. He walked up to me and said he’d been watching my videos and wanted to contact me. That was the captain of M/Y Arience, and he hired me to come on board as media and crew to promote the yacht for charter. Then that really kicked it off and my channel went from 50,000 to 150,000 subs.” 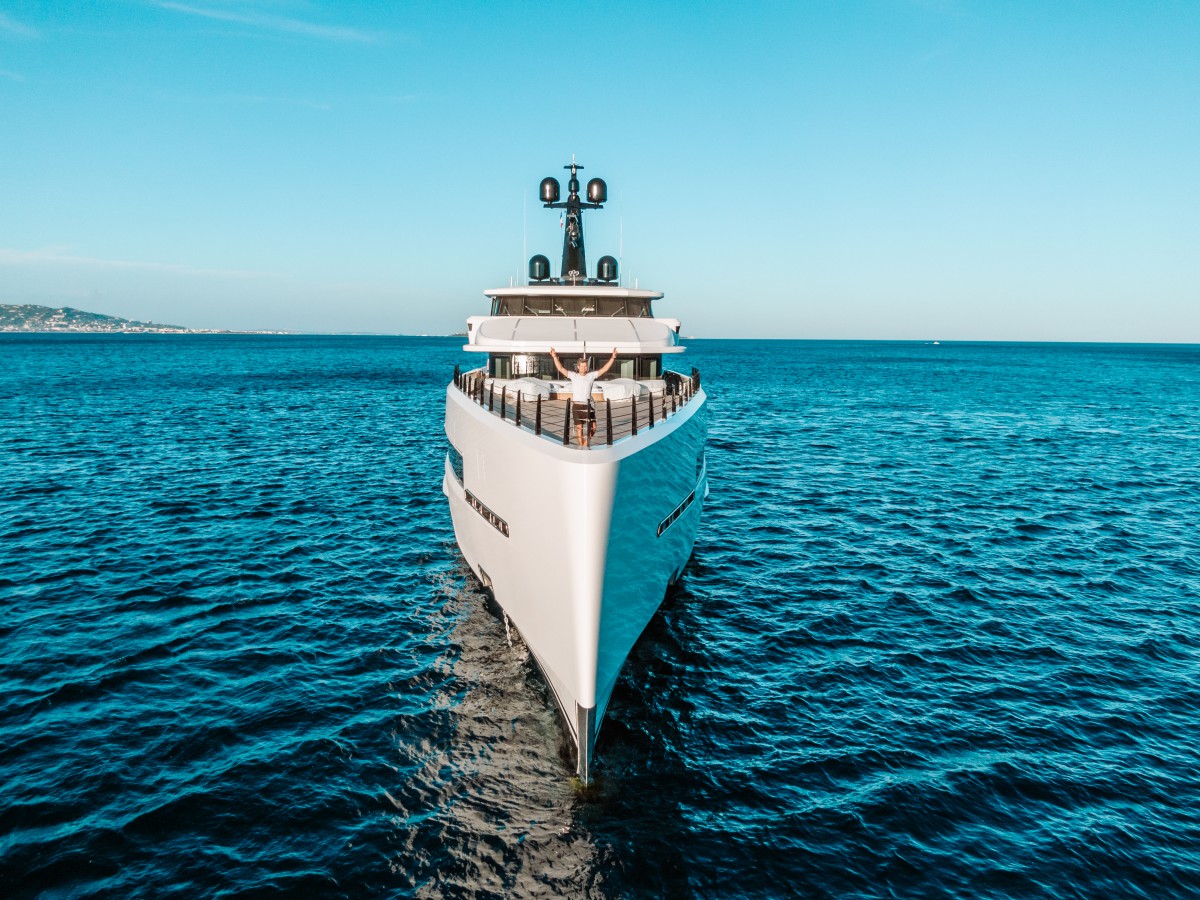 Jared knew that storytelling and media was his true passion - and that he wanted to pursue that passion with everything he had. But unfortunately, his timing was slightly awkward. He left the yachting industry as a crew member one week before the COVID-19 lockdown was enforced. Instead of letting the pandemic hamper his ambitions, Jared decided to get to work so that he could get even better at his craft and set up his own company. Because he couldn’t travel, he decided to buy a small bush plane, and filmed the backcountry of South Africa as a way to hone in on the latest filming trends and techniques. During that time he also launched his own merchandise and collaborated with various clothing brands.

With restrictions now completely opened up and with a fully-fledged company and fanbase behind him, Jared says he wants to become more dominant in the media market within the yachting industry. “That's not just when it comes to traditional promotional style content.” Jared explains, “I want to introduce and build personalities for boats so that people get to know them. We’ve had people come up and take photos of the yacht because they'd seen it on social media. They were calling us on on the radio while we were underway because they saw us on the radar. They wanted to meet the crew. It was just the most incredible experience.” 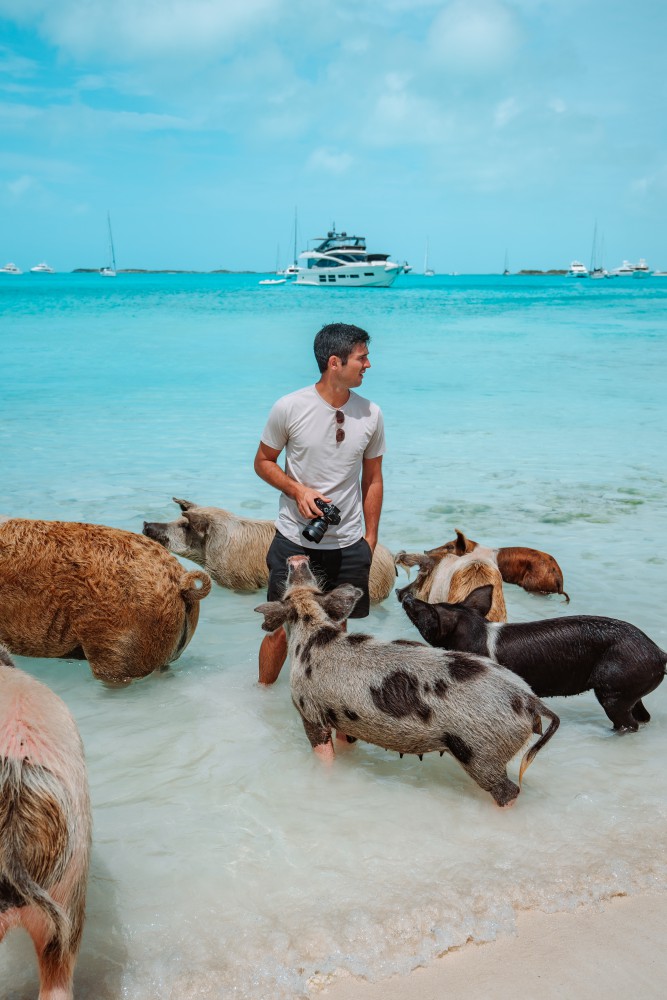 While some stakeholders may scoff at the idea of YouTube being a legitimate and powerful business tool, Jared Watney shows through his youtube content that yachting doesn't have to be secretive and conservative, it could be inclusive, casual, and even cool. “With yachts that I’d filmed, guests already knew all the crew by name because they had watched the videos before coming onto the yacht. So instead of awkward handshakes when they come on, it was big hugs. The tips were bigger for the crew, and the ice was already broken...

"For me, I just want to change up the way that people are able to interact with yachts, especially charter vessels.”

The industry desperately requires an education in the power of authentic content. Many big companies simply want fluffy promotional videos with a well-polished and professional-looking edit. But the majority of viewers aren’t interested, they want to see real content that shows what yachting is all about beyond all the opulence. According to Jared, authentic content is the only content that should be put out online if companies want to relate to people. Some of Jared's most viewed videos are the ones where he puts a GoPro in his mouth and walks around the yacht like a normal crew member showcasing everything that goes on behind the scenes. 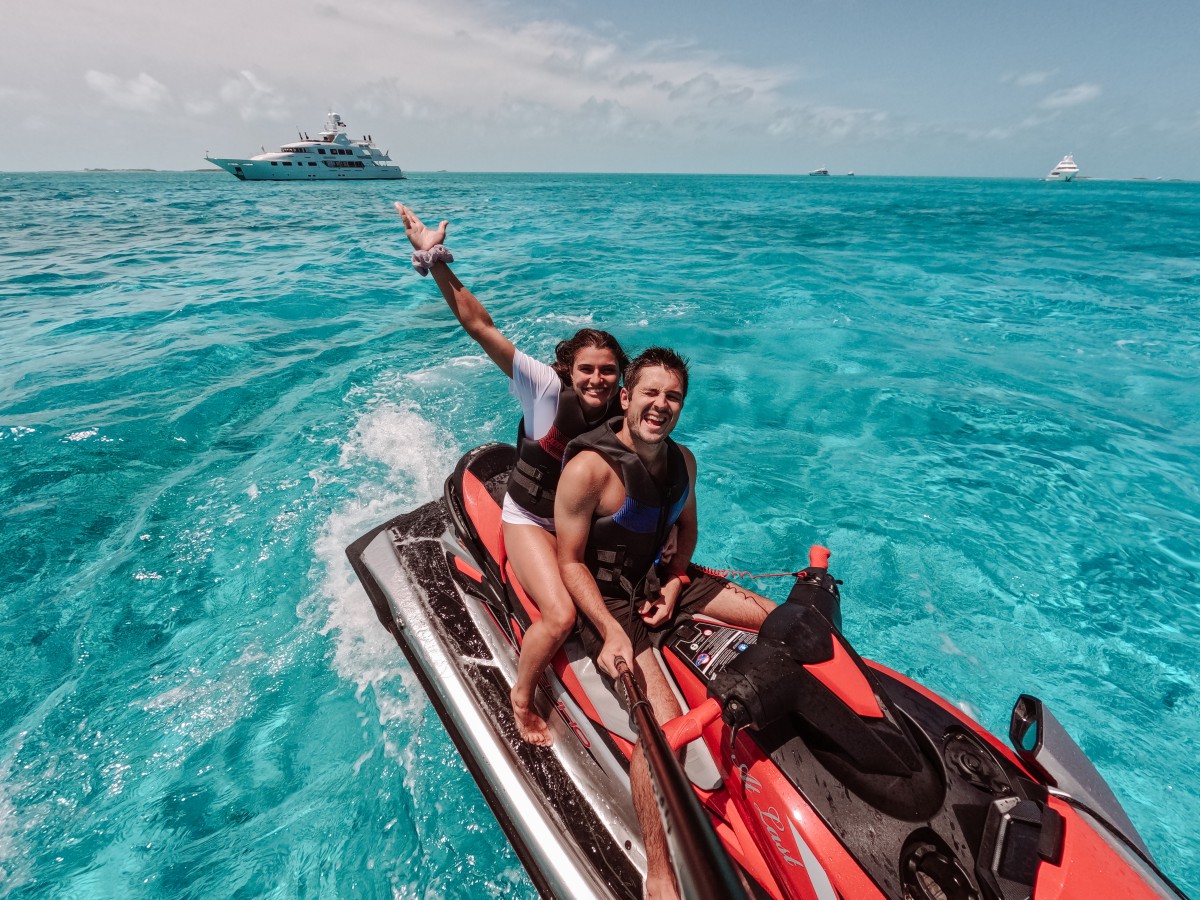 The superyacht industry has never really figured out the best way to attract young people, or even make them aware that the superyacht industry actually exists. Nowadays most people are turned onto the drama and exuberance of yachting with shows like Below Deck. But if a young person is really initially interested about getting into the industry, where is the first place they are going to go to find out what life is like for the crew on board? YouTube. Thankfully people like Jared Watney have bridged that gap by creating content that is both engaging and cinematic, but also raw and informative. But Jared also notes that with great power comes great responsibility if he is to be such an enormous source of inspiration and information.

Jared reveals, “It's hard to walk around places like Antibes without somebody saying, ‘I'm in yachting because of you!’ And it's an amazing feeling for me and it's something I'm very proud of. But it has caught me by surprise. The volume, the number of people that give me credit for where they are. It's an awesome thing. It really is a bit staggering to be honest. In my videos I'm scrubbing teak, I'm cleaning things, I'm showcasing what it's really like and as long as people have that expectation...

"I believe that they will last longer in the industry than the guys that think getting into yachting is good because it's a quick buck and you get the opportunity to travel.”

It’s no secret that the superyacht industry is undergoing a perception problem, but burgeoning YouTubers who understand the industry and young audiences may well be an antidote to this issue. Jared says he has never made a drama-based piece of content even though it would give him more views. He has not even covered the recent sanction fallout, even though Axioma - a yacht he has made multiple pieces of content for - recently made the news for being the first seized yacht to go up for auction. According to Jared, it is not a reflection of anything he has done in the past and doesn’t want to make statements or accusations when they are not his place. 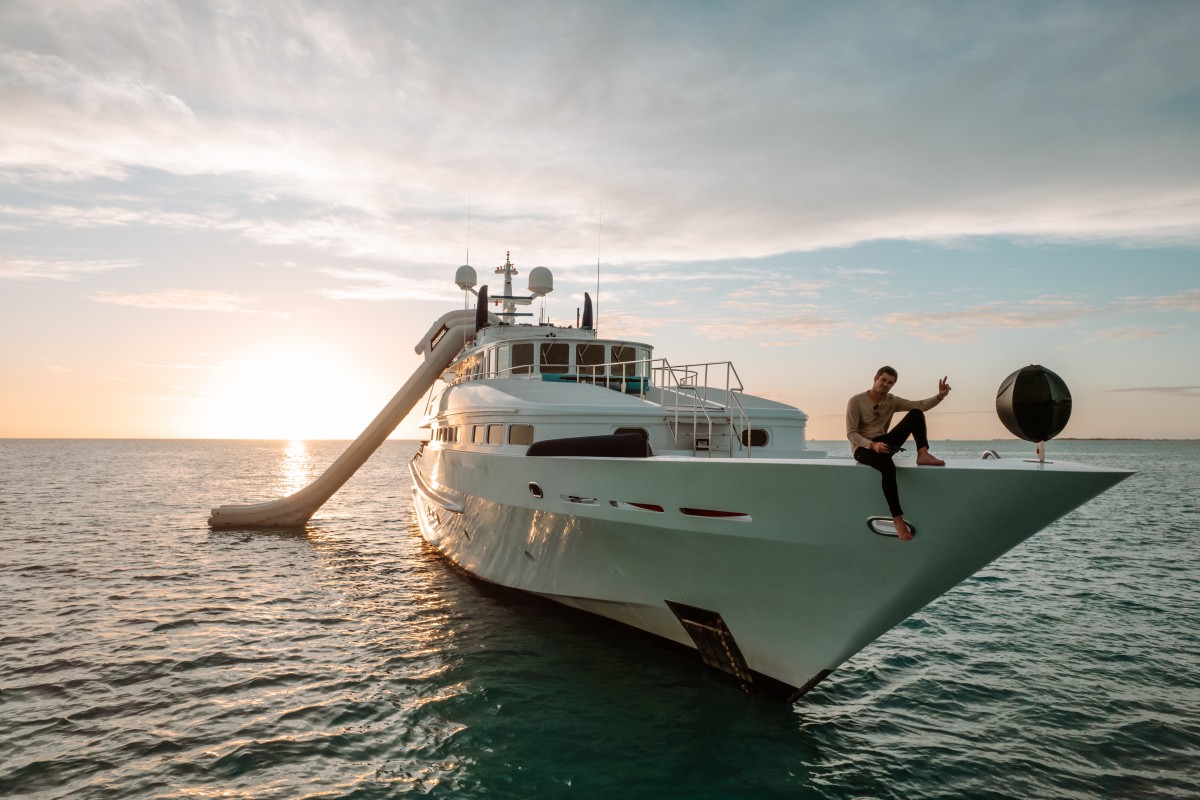 Jared is in a very unique space. There are millions of filmmakers and content producers in the world but there are no more than a handful who also have real industry knowledge as he does. For the future, he wants to collaborate with more YouTubers and really change the way the charter market presents itself to potential clients. The industry has done very little to tap into the true potential of YouTube and social media from a business standpoint, and it's taken people like Jared Watney to go out and pave the way for more crew members to show the real side of yachting. If stakeholders want to help drag yachting into the digital age, they would do well to invest in this new wave of entrepreneurial creatives changing the very face of yachting for the better.

The true value of recruitment