In case you didn’t know, there exists a Japanese comedian on Instagram who earned his fame by pulling tablecloths from under cups and dishes that sit on top of his naked body. The reason I feel the need to mention this on a platform like SuperyachtNews.com is because I believe it could be worrying to some stakeholders to find out that he has amassed more Instagram followers than every single new build shipyard in Northern Europe combined. This may be more telling of the nature of social media than it is of how little online presence there is for most major brands in the superyacht industry. Nevertheless, it is indicative of how little grasp the industry has of its image and perception.

One could argue that there is little need for a superyacht industry brand to make a major investment into its social media since the products are not 'consumer' in any way shape or form. But with that being said, even incredibly unattainable brands such as Bugatti (16 million) and Boeing (1.5 million) have got substantially more followers than any builders of superyachts in the 30m plus bracket. It would serve the industry well to have more eyeballs consuming the side of the industry that it wants the public to see. That way, when a high-profile individual does something scandalous to do with a superyacht the company will have a better hold on its PR.

Believe it or not, Facebook is still the most popular social media platform in terms of users per month. Riva, Sunseeker, and Feadship are the only shipbuilders featured in the graph who surpassed more than 100,000 likes on their Facebook pages. Italian companies Sanlorenzo (94k), Azimut (81k), and Ferretti Group (65k) also made the top six. While Facebook may be losing some value as its connection with the younger generation is largely minimal there is no doubt it still holds some value for those working in PR and marketing. 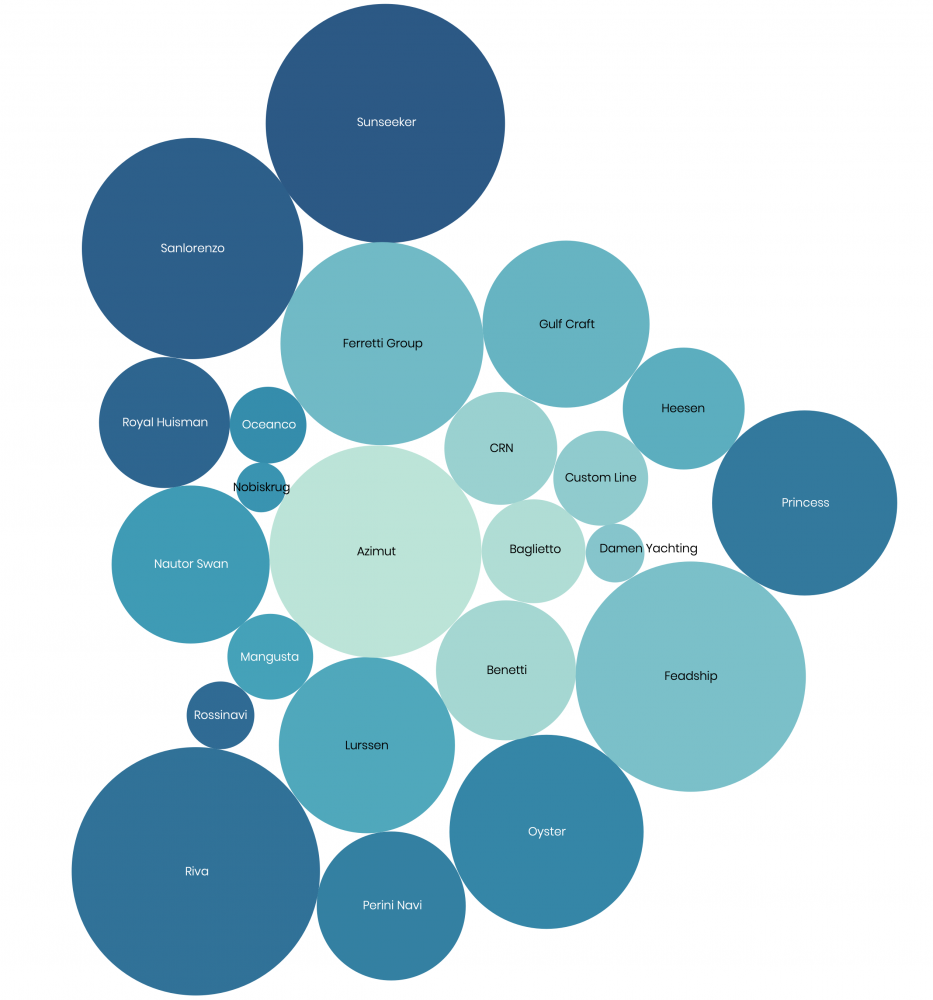 Although Instagram may not have the same amount of users as Facebook or the level of novelty of TikTok, it is still probably regarded as one of the most important social media platforms for businesses worldwide. What makes it so valuable is the fact that over two-thirds of total Instagram audiences are aged 34 years and younger. In terms of potential ad reach Instagram ranks fourth, behind only Facebook, YouTube, and WhatsApp. In this list, Riva ranks as the king of Instagram with over 371,000 followers, what's more, is that their parent company Ferretti Group ranks second with just over 268,000 followers. 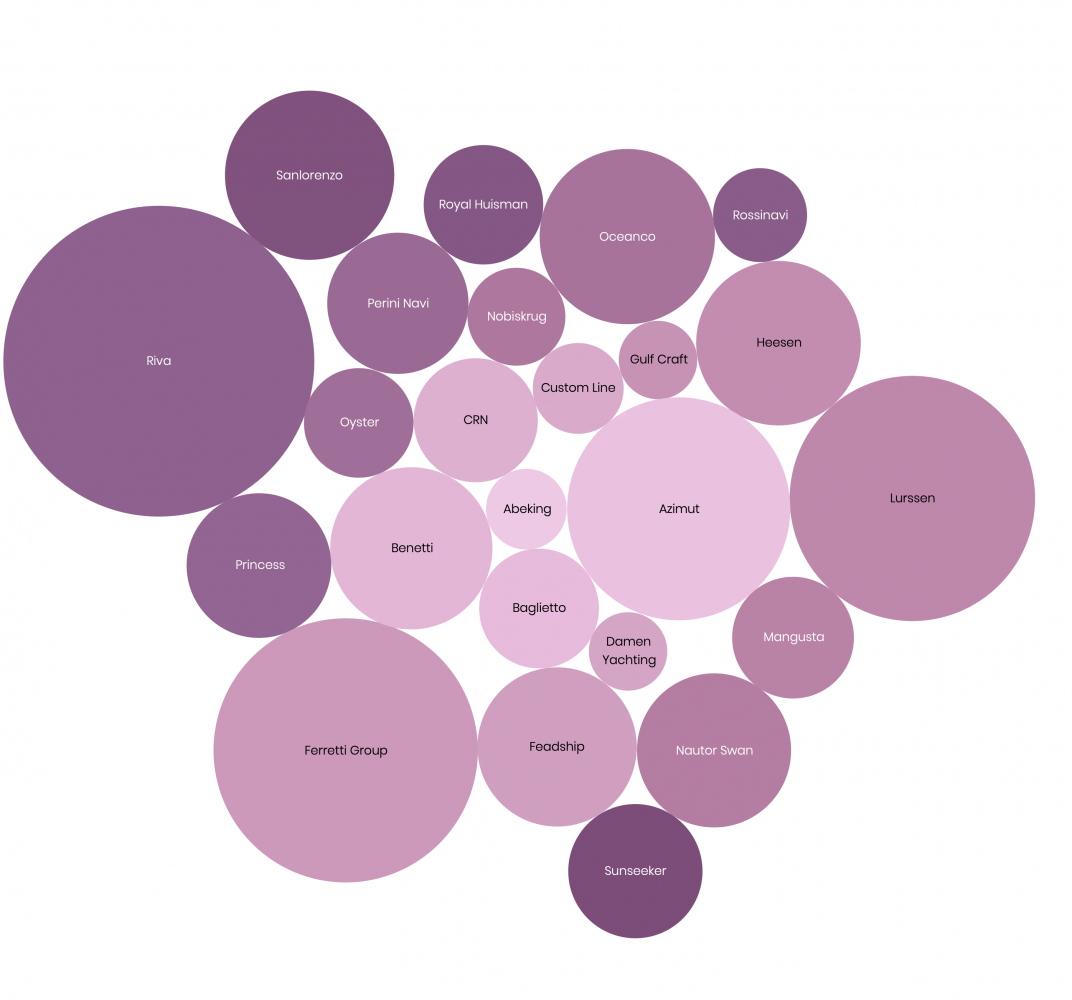 If one were being particularly critical they could suggest that such platforms mentioned above are trivial in comparison to LinkedIn where ‘the real business gets done'. This may be true, and in fact, LinkedIn is the number one platform for Inc. 500 companies, according to research by the University of Massachusetts. They found that up to 87% of the Inc 500 companies use LinkedIn to tell their stories, recruit, and network. According to ‘Kinsta’ LinkedIn drives 46% of social traffic to B2B sites and 98% of content marketers use LinkedIn for content marketing, especially to gain organic impressions and lead generation.

According to our list of shipyards, Damen Yachting boasted an enormous following on Linkedin with over 154,000 followers, followed by Ferretti Group (91k) and Feadship (40k). 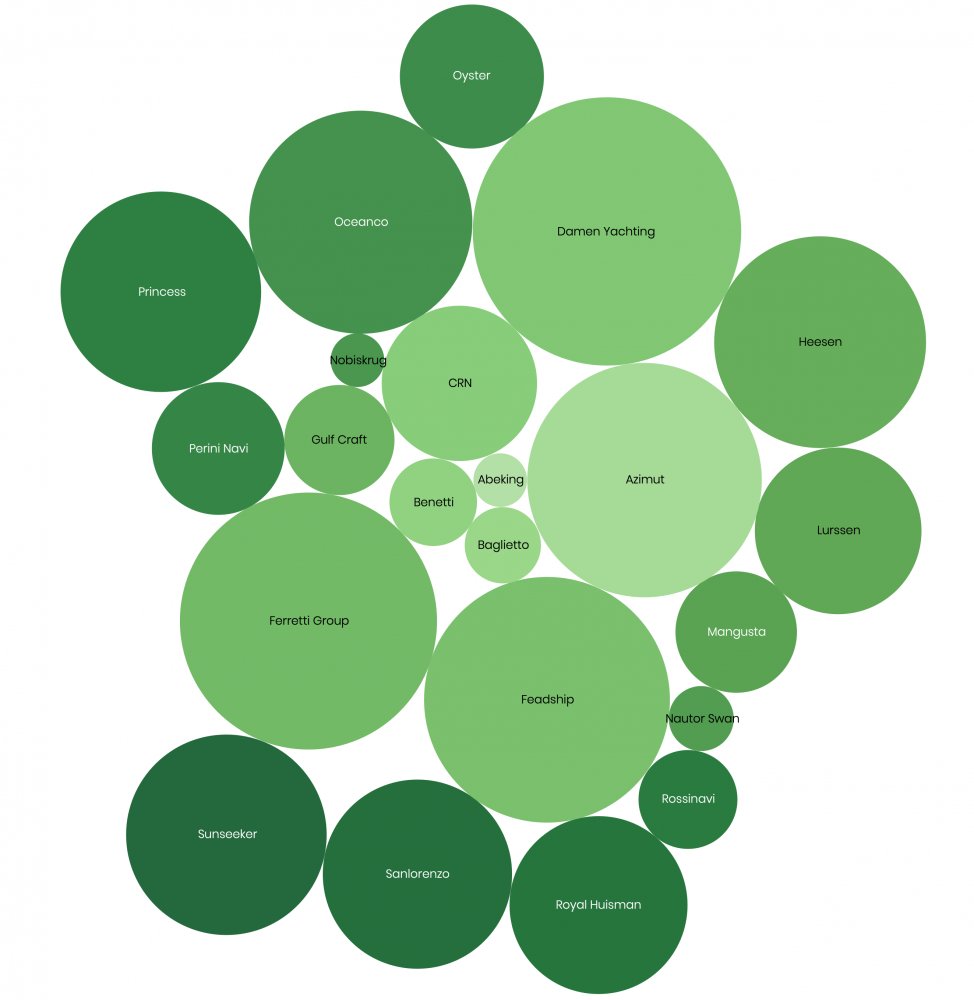 It’s not necessarily about controlling image either, while social media does have immediate marketing benefits it can also help shine a light on many of the positive impacts that the industry as a whole has. Like it or not this is the way of the world, and I haven’t even dared to go down the rabbit holes of platforms like TikTok, YouTube, and Spotify. My point is that a quick fix to helping the wider portrayal of the industry is not to berate all the media sensationalism and prodding from journalists that aren’t in the know. The way to combat the social media beast is to embrace it and move away from the notion of silence and exclusivity being the only and best way to conduct yourself as a luxury brand.

Feel free to contribute your thoughts below…

Painting ourselves into a corner

The true value of recruitment