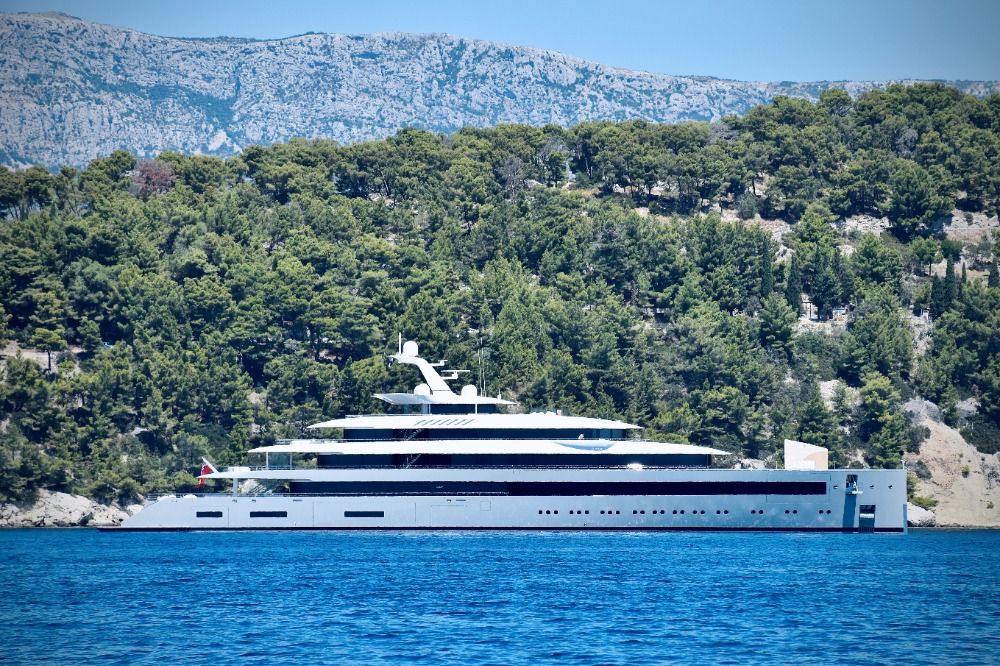 For yacht officers, one of the downsides to obtaining yacht-restricted certification is that there can be a ceiling to where one’s career can go, both in terms of vessel gross tonnage and maritime sector. With the average size of superyachts increasing, and yacht crew looking to expand their prospects beyond yachting, there has been an uptick in the number of yacht officers pursuing unlimited certification.

The course that Warsash now offers is its OOW Examination Route (HNC) for Experienced Seafarers. It’s a relatively short (but intense) course that enables seafarers with previous experience to obtain an OOW (Unlimited) CoC. It’s an interesting option for yacht personnel, as time spent on a yacht over 24m will count as qualifying time.

“All they need is three years of service on a yacht greater than 24 metres, which typically takes someone five-to-six years of working on yachts,” continues Lippuner. “They don’t need a training record book or any certification, but most people that have worked on yachts for that amount of time have got their OOW 3000gt or Chief Mate 3000gt, and what they get at the end of the course is their OOW Unlimited ticket which, with a few short courses, can be dual endorsed with a Chief Mate 3000gt or even Master 3000gt.”

Having completed his OOW 3000gt in 2017, and his Chief Mate 3000gt shortly after, Anthony Brewer decided to go down the experienced-seafarer route at Warsash. Brewer explains his decision to pursue unlimited certification; “It is no secret that yachts are getting bigger, and an increasing number are breaking the 3000gt limit for yachting tickets,” he says.

“I don’t want to take anything away from a yachting ticket, as they require a lot of personal sacrifice and usually financial sacrifice, but they are limited ashore and afloat.”

“I found myself looking into training a couple of years ago and the obvious next step was Master 3000gt, but that was the limit for a yachting ticket. This is when I started looking at other options and thinking about the limitations that a yachting ticket has. I don’t want to take anything away from a yachting ticket, as they require a lot of personal sacrifice and usually financial sacrifice, but they are limited ashore and afloat.”

While yacht-restricted certification is a purely professional route, and doesn’t lead to any academic qualifications, the unlimited route enables candidates to complete a HNC/D, foundation degree or full honours degree. “That is interesting because it opens up future shore-based career opportunities, such as in maritime law and surveying,” adds Lippuner. “For most people, there’s a shelf life on how long they want to work at sea. As long as you work at sea, your professional certificate of competency is your currency, but the language for shore-based recruitment is degrees.”

Having now achieved his OOW Unlimited ticket, Brewer would encourage any deck crew without a CoC to go straight down the Unlimited route. “Unfortunately, for a lot of current officers, the time required to complete this course is the main set back – I personally would not have been able to complete this course and work full time,” he adds. “The experienced-seafarer route is a condensed version of the course covering just six months, but I have heard that there are some courses that cover a longer period of time, and I believe they may be feasible while working if you have the self-discipline to spend every spare moment on the course.”

As the experienced-seafarer route was only available later in Brewer’s career, he is also completing his Master 3000gt certification at the same time, as he thinks this ticket will be more useful in the short term. “And it is not too well known that you can use some of the modules from the OOW Unlimited towards your Master 3000gt, meaning you do not need to do Master Seamanship and Meteorology or Master Stability if anyone finds themselves in a similar position,” he advises. In fact, the MCA has provided specific guidance on this pathway.

“I know I was not the only person who naively went into this course thinking, ‘I already have a CoC, so it should be pretty easy’.”

Achieving an unlimited ticket, however, is no mean feat. “I know I was not the only person who naively went into this course thinking, ‘I already have a CoC, so it should be pretty easy’,” reflects Brewer. “The previous training did help in some parts, but there were a lot of new parts of the course that I had never covered before – the obvious being cargo – and the stability went into greater depth than the OOW 3000gt.

“The simple fact is that the yachting modules are usually one-to-three weeks and, in this time, you cram as much information into your head as you can. I remember thinking about how much pre-study I could do before going and doing the yachting courses, but the reality was I usually booked the courses when the boat knew what the plans were, and that was never too far in advance. The OOW Unlimited course covers a lot more over a longer period of time, so it is a different type of learning – one minute you feel it’s going too slowly and the next you are staring down the barrel of back-to-back exam weeks wondering how you are going to get through.”

Brewer’s advice for other yacht crew looking to pursue unlimited certification is to ‘go for it’. “Yachting tickets are a great accomplishment but you never know where you will be in a few years and it’s easier to get the course done sooner in your career rather than later. No one has ever regretted getting more qualified,” he concludes.

"I also think it is important to let everyone know what to expect on the course. The first part is the Higher National Certificate (HNC), which is broken down into six modules with three assignments and six exams (some exams were multiple choice, others required a lot of studying). There was also a signals exam, for which you need to know all flags including numerals and Morse by flashing light. The second part was Navigation Aids, Equipment and Simulation Training (NAEST), which covered electronic aids to navigation and had an exam for the theory and an exam for RADAR plotting. It also had a week-long ECDIS course and a week-long simulator assessment.”

While the superyacht industry has historically relied on hiring crew from commercial sectors to work on the largest superyachts requiring unlimited certification, Lippuner believes that the experienced-seafarer route will open up more opportunities for existing yacht crew and be a positive step for the industry. “With unlimited certification, the best thing for the industry is home-grown talent, because these people have worked their way up and know all the finer details of how yachting works,” he concludes.

To find out more about the three main routes for yacht deck offers looking to achieve OOW Unlimited certification at Warsash, including the cadetship route, please click here.