SuperyachtNews.com - Operations - Beyond the call of duty

Beyond the call of duty 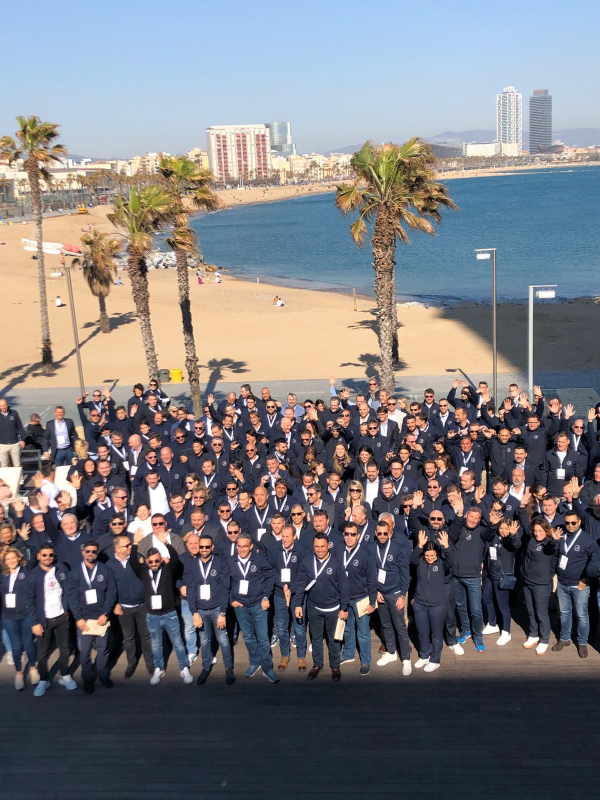 The 20th edition of the Benetti Yachtmaster event saw an exclusive interview with the captain of M/Y Lionheart, Thomas Jones, who share his experience of working on board a vessel that is regularly placed under the media spotlight.

After being inspired by a cousin he entered the industry after finishing school, as a deckhand,  but it took him four-and-a-half years before he found his first role as a captain.

The opportunity to work on board Lionheart came through his wife, who was already working on board for the current owner. “He told her that he was looking for a new captain and asked if I would be interested, and before even consulting me, she said ‘of course he is!’ That was twelve years ago,” recalls Jones.

Jones started off working for his current owner when he had a 35m, before the owner then moved on to a 63m vessel. “The biggest issue in this change was the crew and the management of the crew. Nothing changed hugely in terms of driving the boat; the skills required to drive a 35m are transferrable,” he says.

Both chief engineers are still currently working with Jones, as is the chef and the chief officer is now his rotational captain.

The owner then made the jump from a 60m vessel to a 90m vessel. When asked about adapting to a vessel of that size Jones notes that he had two years to consider his steps before the vessel was launched, having “put a lot of thought in”, he explains.

“I really wanted to transfer the same team mentality over to the 90m vessel”, he continues.  “I didn’t want the situation where we had nameless crew, it was important to maintain the family feel on board.”

“On the management side I went away and got myself some training during the two-year build process to help work out who I am as a captain and as a leader and to try and see if I could transfer the skills onto the next vessel.”

What Jones is keen to emphasise as a captain is the importance of finding the right owner: “find the owner, not the boat.”

When the 90m Lionheart was first launched, the boat and its owner were immediately put under the spotlight of the media. “It was quite a stressful period,” says Jones. “We were being followed everywhere during our main season. It was extremely distracting and we were always calculating how long it would take before someone came around us or flew overhead.”

When media interest first sparked, Jones sat down with his crew to discuss the situation: “I explained that it’s not our job to try to explain or justify anything, we just need to be polite and respectful and get on with our job without interacting with what’s going on around you.

“There were many times where the press were buzzing around the boat or they cornered one or two of the crew when they were on shore. We’re not trained to deal with the press, however my crew are extremely professional and they just got on with their job and didn’t interact with anyone. It was difficult as we are in the service industry and it goes against our natural instinct to respond to questions; normally when people ask questions we try to give them an answer!

“What I did do at the end of the first season was get a media relations company to come and give them some formal training - just to give them the tools to protect themselves and the owner, as well as the opportunity to talk about what happened.”

Jones doesn’t hesitate in emphasising the value of such courses and making oneself open to criticism when dealing with situations that fall outside of one’s job description.

To infinity and B.YOND