Both yachts reported total losses with one person injured… 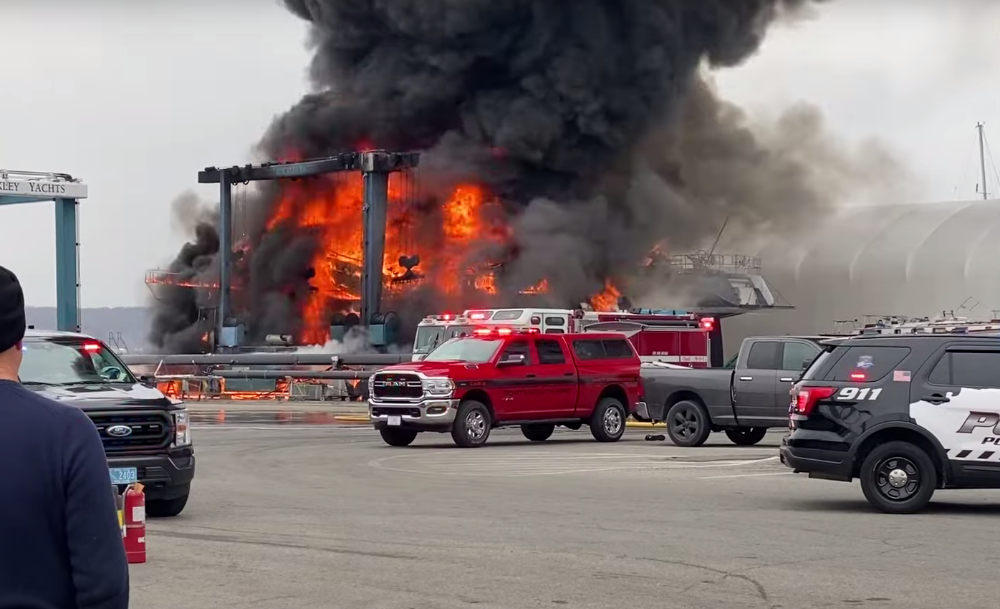 Two superyacht fires have been reported at Hinkley Yacht Services Marina on Friday, December 10. At its peak, 70 firefighters were reported to have been fighting the blaze. The 30m Ocean Alexander Drinkability and the 32m sailing vessel Danneskjold have subsequently been reported as total losses. Local media outlet WPRI released the following clips of the fires on youtube.

It has also been reported that one man has been taken to hospital with burn injuries. Initial reports also indicate that the fire started on Drinkability before spreading to Danneskjold, while the causes of both fires remain unknown.

At the time the fire began, it is understood that one vessel had extensive work taken place on the hull, with damage sustained to a nearby travel lift. Fire safety crews were battling the blaze for over 8 hours and continued to monitor the scene over the weekend.

Superyachtnews will continue to track both accidents closely, and any subsequent investigations will be closely analysed and reported upon.