SuperyachtNews.com - Fleet - Roundup: The good, the bad, and the ugly

Martin Redmayne, Chairman, and Editor in Chief at The Superyacht Group was recently joined on stage by Ken Freivokh of Ken Freivokh Design, Martin Francis of Francis Studio, and Tony Castro of Tony Castro Yacht Design. The event took place during the London Design Week at the Design Centre in Chelsea Harbour and delivered on its promise of candid discourse surrounding innovation, technology, sustainability, upcycling, manufacture, scale, and size.

The discussion kicked off with Martin Francis voicing his disappointment at the current level of design in the yachting world. Francis was the mind behind the iconic design of ECO as well as several other innovative vessels like Senses, Golden Shadow, Sultan, and the 119-meter Yacht ‘A’ for which he was the Technical and Naval designer of a joint project with Phillippe Starck.

Speaking on the current state of design in the superyacht industry Francis stated: “I am disappointed almost every time that I open up a glossy yachting magazine and look at the yachts these days… It's depressing that there isn't more good quality design and more innovation. You look at what's happened with performance sailboats in the last 40 years or so and the changes have been totally radical with the introduction of foils and other staggering achievements. And then you’ve got the motor yachts which still have incredibly inefficient hulls - They burn vast amounts of fuel and they drag mountains of water behind them.” 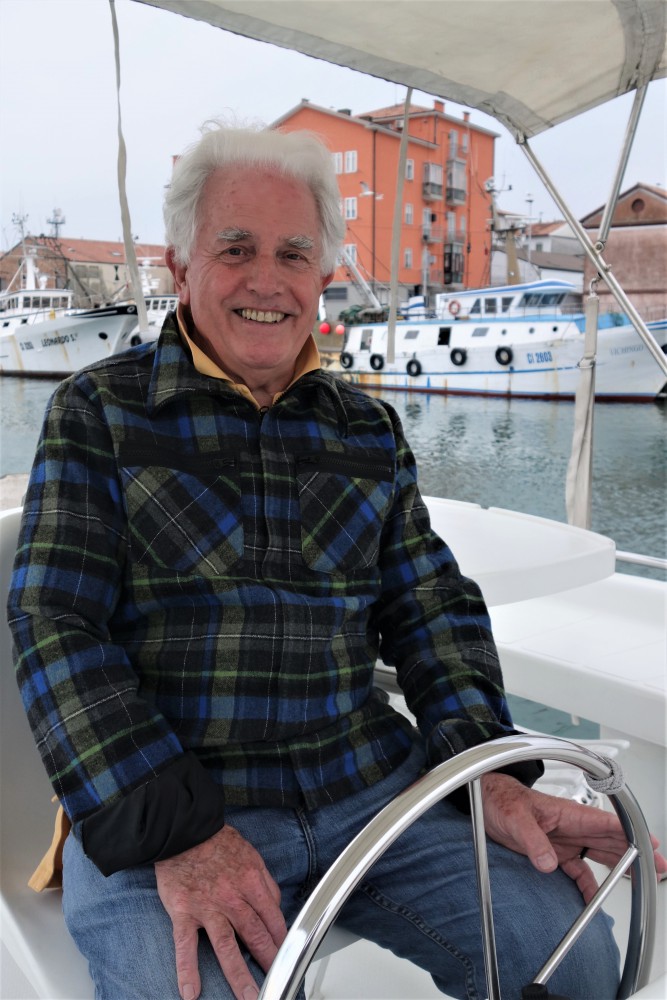 Ken Freivokh also echoed this sentiment and claimed that most fast motorboats adhere to what he calls ‘Nike styling’. Freivokhs most notable projects are incredibly unique, with many labeled as being ‘icons of the megayacht fleet’, they include; the 88m Maltese Falcon, the 107m Black Pearl, Oceanco’s 107m  Stiletto, the 137m Dream, the 140m Serene, the 141m Dream Symphony, the 144m Ghost, Fincantieri’s 145m yacht Fortissimo.

Speaking at the event Freivokh added to the discussion by pointing out, “All these fast motorboats are now trying to be different in their own way. So they put these fake windows on the exteriors which in reality are just little portholes behind. But there is just absolutely no reason or practical use for it at all. That is just bad design. It’s bad because there's no reason for it and it is just extra cost for the sake of it. It doesn't add anything. It doesn't make any sense to me, and it only exists because it is the flavour of the month at the moment.” 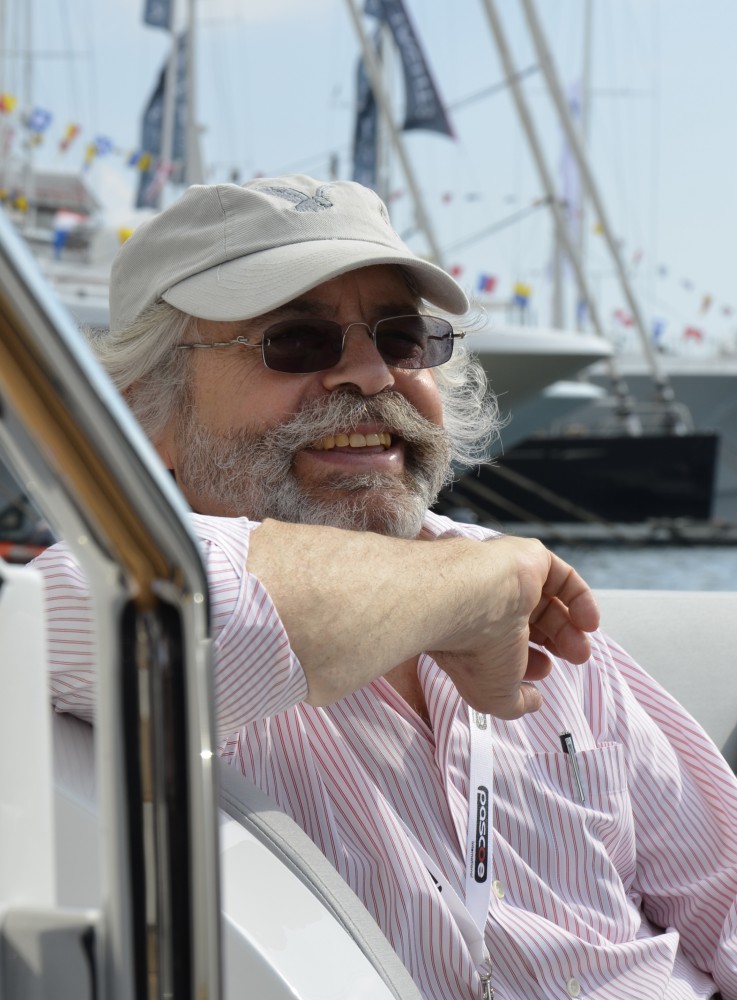 Legendary designer Tony Castro weighed in on the sustainability debate after Redmayne highlighted the fact that ‘green tech’ has become a market buzzword slowly losing any sense of meaning and substance. Having been in the business for over forty years, Castro first set up his own design studio in 1981 after an illustrious career racing sailboats. His first design Justine III won the One Ton World Cup and became the first yacht to win all five races in the world championship - which was the most prestigious and challenging yachting championship of its time.

During the panel discussion, Castro argued, “You’ll see much more coming from the commercial boats these days and part of the reason for that is because of the operational profile of the vessels and the way that they are used is fundamentally different. The commercial boats usually go from A to B, you know, either long distance or short distance. So it's relatively easy to know what they're going to do during their life cycle because it is a completely different profile to the private yachts. So it's really difficult to apply the same technology because the infrastructure doesn't exist around the world. The supply of hydrogen or methanol or whatever it is just doesn't exist. So if you know exactly how the boat is getting used you can develop the technology much quicker.” 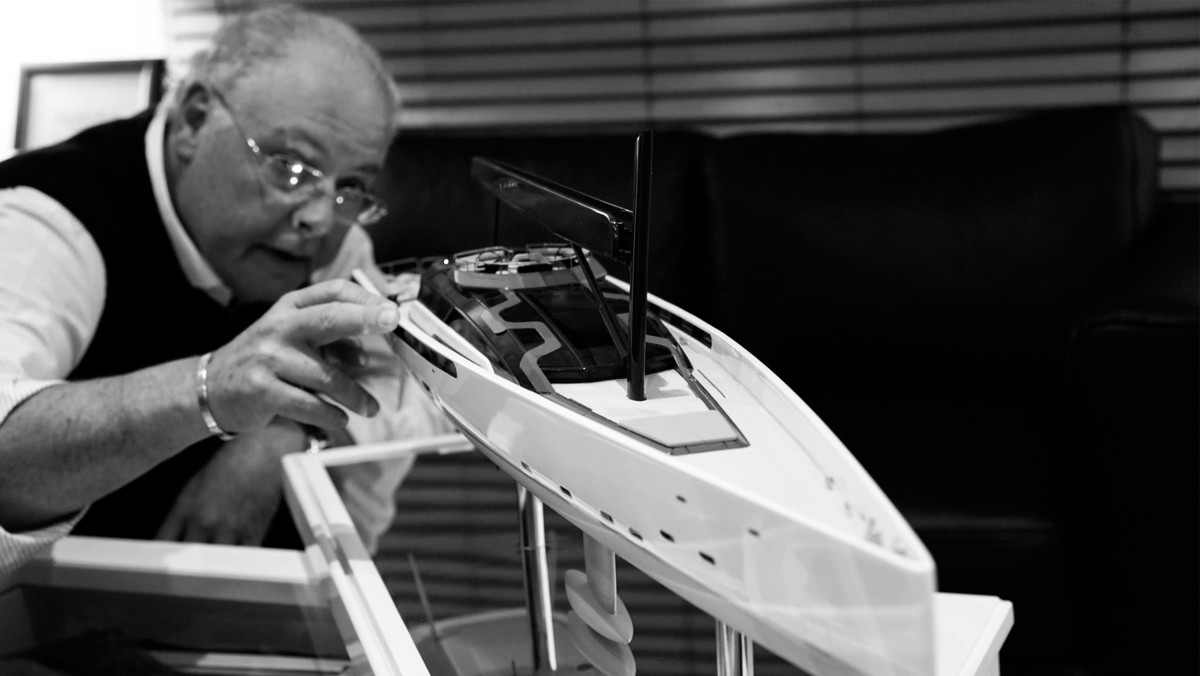 It would have been a crime to have the brains behind some of the world's greatest marvels of architecture together in one room without asking about the morality and finances behind the products they created. Considering the current political climate, many are wondering if it is even acceptable to have such large and ostentatious yachts acting as flagships of the superyacht fleet. It was Martin Francis who took the lead on this stating,

“Who is there in this day and age that would keep throwing money out of the window rather than doing something more meaningful with it? Are there so many immoral people in the world? How can you spend so much money on these superyachts and then also look at all the poverty and all the other problems around the world? Frankly, I think it is immoral.”

Be sure to keep an eye out on SuperyachtNews as this is just one of a series of articles that will be published from a number of topics that were discussed during the panel...

London Design Week - The good, the bad and the ugly