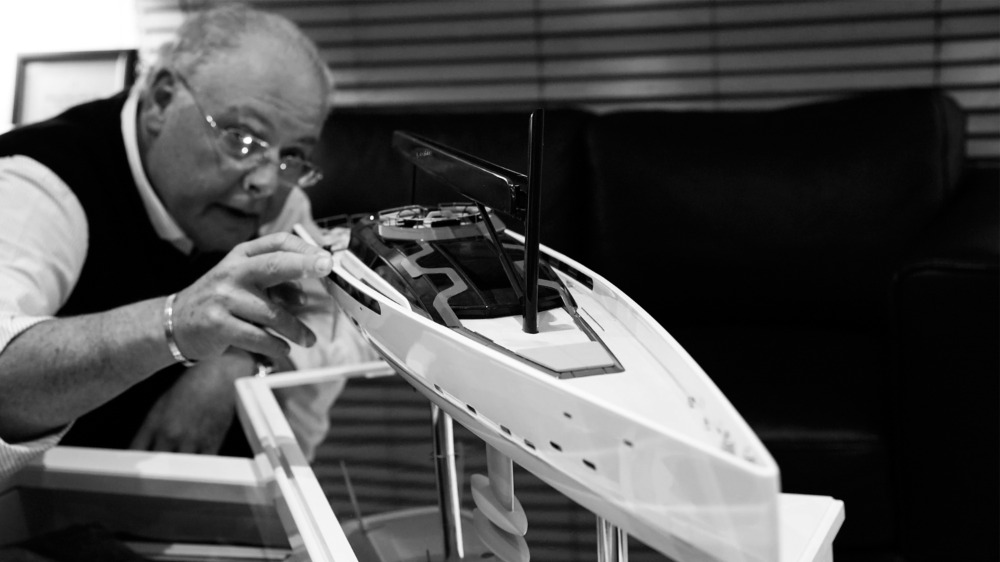 There is an art to ‘telling it how it is’ which has been somewhat lost in modern politics and burgeoning social media platforms. Fortunately though, in the world of yachting there are still some stakeholders who are really able to ‘tell it how it is’ and ‘see through all of the bullsh*t’. What's more, you seldom find a stakeholder who is willing to be so candid on a truly wide platform - yacht designer Tony Castro is one of those individuals.

As he sits down for the interview he takes a look at the recorder on the table, “Don’t worry, I never have to worry about forgetting anything because I always tell the truth” he says. Castro has been in the business for over forty years, having set up his own design studio in 1981 after an illustrious career racing sailboats. His first design Justine III won the One Ton World Cup and became the first yacht to win all 5 races in the world championship - which was the most prestigious and challenging yachting championship of it's time. 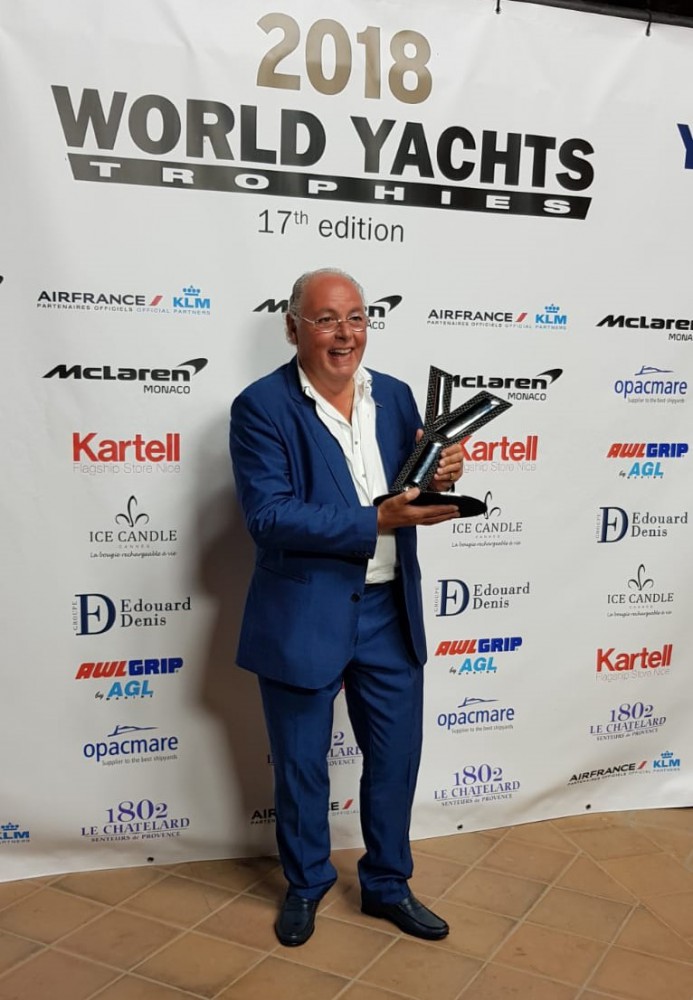 Castro reminisces back to when he first learned about legendary designer Jon Bannenberg, “That's when the trouble started”. Castro received a phone call from a yachting magazine to contribute his views on the future of yachting. Amongst the other contributors was a young Jon Bannenberg, “We got the magazine a few weeks later and I was reading everything and I saw the piece written by a guy called Jon Bannenberg. At first I didn’t know why he was there, and then I read every single line and I said out loud, ‘Oh My God, we completely missed the boat!’”

Castro continued, “I was so impressed, straight away. I called the magazine and asked who he was and if I could have his details. So I wrote to him and I told him how I couldn’t believe how much sense everything made with what he was saying. Then around that time was when we were led to work with Ron Holland on a couple of yachts. So he was basically a massive disrupter if you like, he showed us where the big business was - floating apartments, and you know, make them really expensive so we get some money for it.”

The yachting landscape or ‘the jungle’ as Castro calls it has always been difficult to navigate. In the racing world that Castro comes from, the phone simply doesn’t ring unless you win and get results, the only way to get up the ladder is through your merits, “You didn't need to be friends with anybody.” Castro explains,

People operating in the superyacht design sector all face the same problem - their work is being drowned out by clickbait articles portraying mis-conceptual and ludicrous designs. The reason for this is largely because there are so many designers trying to get their foot in the door and make a name for themselves in what many would call a cut-throat industry. Because there is limited access to a proper career gateway, young designers are turning to social media to find work. This of course damages the industry as a whole, the realistic potential of what yacht design can be is becoming completely distorted to the wider public. 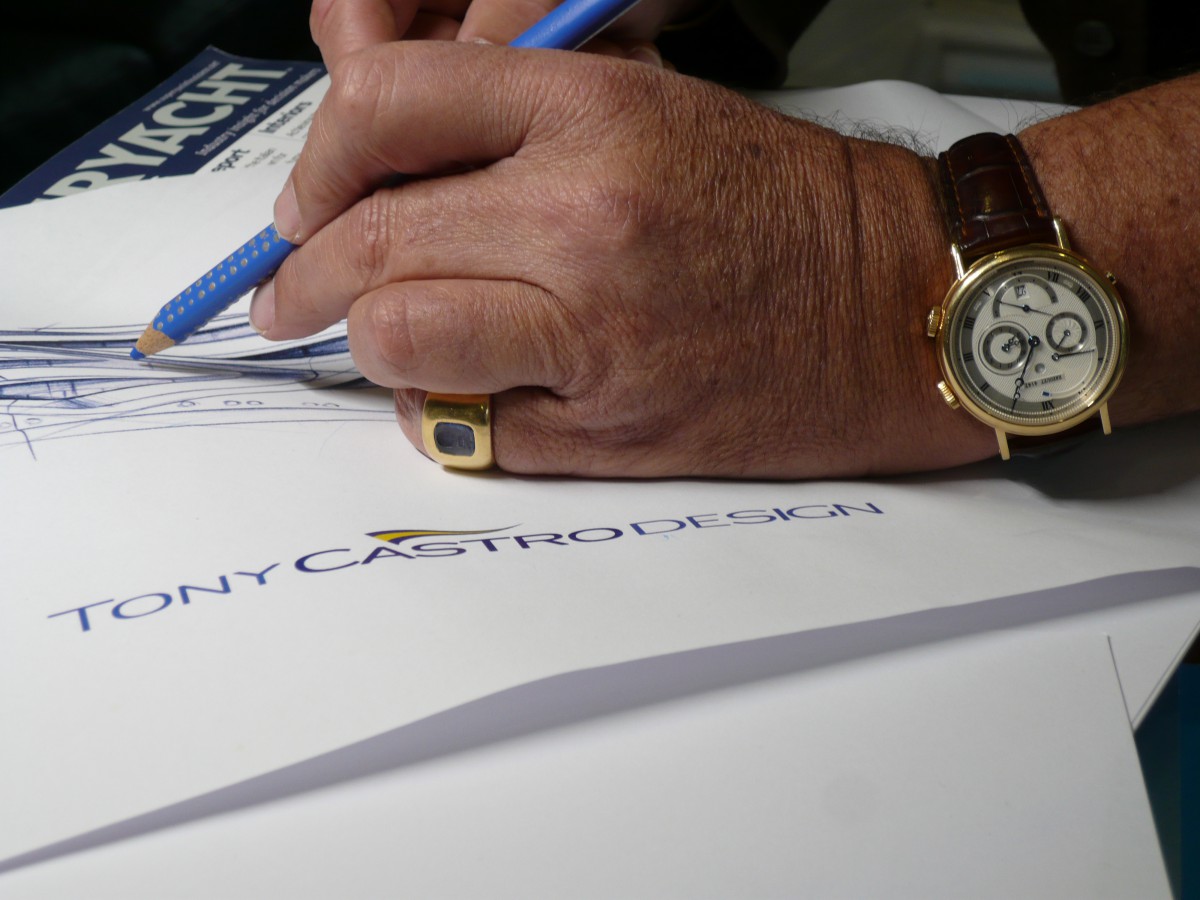 Castro highlights that, “There is an oversupply of people who are coming in. I don't know where they get these ideas for concepts but they are suddenly convinced that the possibilities are much higher than what they really are. These people just come in and crowd the place up and essentially ruin it for everybody. And it's not just designers...

"anybody with a bucket and a brush seems to be able to become a yacht builder and they come in with these projects that just create wild instability for the price structures.”

Having lived through four financial crises in his lifetime, Tony Castro has learned better than most how to adapt to circumstances and reinvent himself. Castro currently believes he is better off working in the smaller production yacht sector and then allowing himself time to play in the superyacht arena every so often. He knows the ‘jungle’ like the back of his hand and is eager to teach the next generation of designers the real tricks of the trade before their inexperience becomes their peril.

Castro explained, “The shipyards don’t really want designers to get the kudos for their work because they want the brand to be the most important thing. So for some of these designers, their name doesn't really feature up front. So you have to be much less of an ego-centric designer if you can stomach that kind of treatment. You have to reinvent yourself and adapt in order to understand that your name isn’t going to be the one up in the lights. Nowadays, of course, I have to refuse a lot of jobs because in principle, I cannot go and design a very direct competitive product for other clients. It's not always nice but you've got to be very diplomatic in terms of what you choose to do and for whom.” 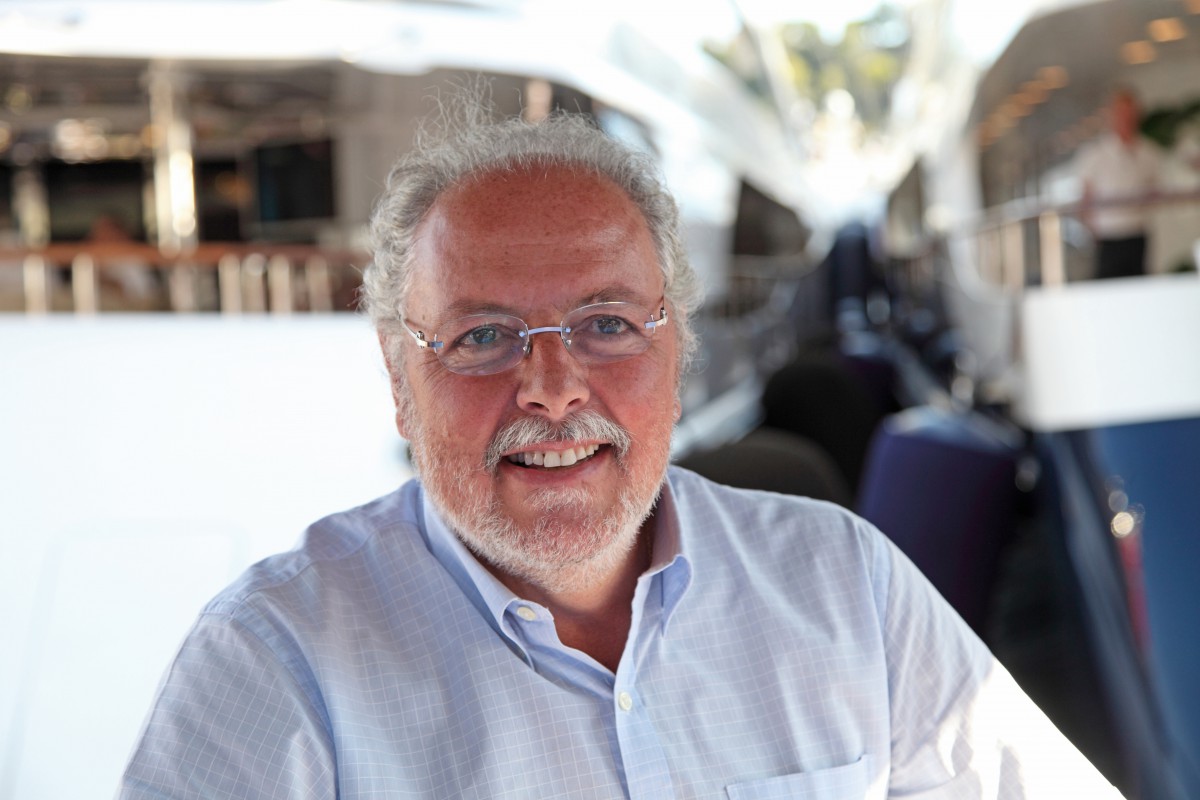 At the risk of sounding too cantankerous, Castro feels that as the years have gone on certain aspects of yacht design that were once pivotal have instead become trivial. The operational benefits of designing spaces with proper storage and technical manoeuvrability can not only make the owner's experience on board more enjoyable, but also even cheaper. Oversight of operational logistics in favour of eccentric and ostentatious design means the industry is no longer putting the clients best interest at the very forefront of their work.

“The bigger yachts are quite attractive because essentially you can get a lot more money for very little work, very little knowledge, and very little effort. It’s a pretty peachy deal when all you have to do is hand in a pretty picture. It requires no knowledge, largely because the world has accepted all sorts of unacceptable things."

Castro continues, “There are a few notorious people these days who only got where they are because the shipyards literally adopted them. And suddenly in a matter of years, they become experts on ‘X’ size yachts. The only reason is because they did not want to deal with some of the designers who are self-opinionated and more critical.

"There are also those designers who tend to be more on the owners side than the shipyards, so they don’t want to work with those designers anymore. What they want is for a kid to turn up with an envelope with a nice scribble inside.”

Castro puts seamanship, logistics, and sustainability at the forefront of his designs without creating products which simply adhere to whatever trend is making the most noise in the echo chamber. When asked what he thinks has been the best evolutionary development he has witnessed in four decades of working in the industry, Castro replied, “That’s a good question, I honestly can’t think of any.” Castro is very much aware that the brevity of his gripes can make it seem like he has very little hope for the superyacht industry, but on the contrary, his frustrations stem only from a passion to improve what he sees as egregious errors - such as education and training.

"Us designers haven’t organised ourselves in any way, we have no voice, we have nobody defending our profession in any way or educating the younger ones." Castro says, " I mean, I remember at the very beginning, I had no idea how much I should charge people? There is no ladder or distinction between those who have joined the scene and those who have been around for ten years. It’s really tough. I guess these kids are sold with the idea that after three years of university, they can be the next Jon Bannenberg. You see some yachts coming out and the fundamentals such as true seamanship and the functional operational side are just completely overlooked, and it's down to a whole host of things.”

Castro's views and perspectives are not a rarity in the industry, but he does believe that by igniting and engaging in proper conversation the industry can change some of its more unscrupulous and dubious features. If you would like to join Tony in saying it how it is feel free to comment below…