Dasha Moranova recalls her journey from humble beginnings to the wonders of Lürssen's Alice concept....… 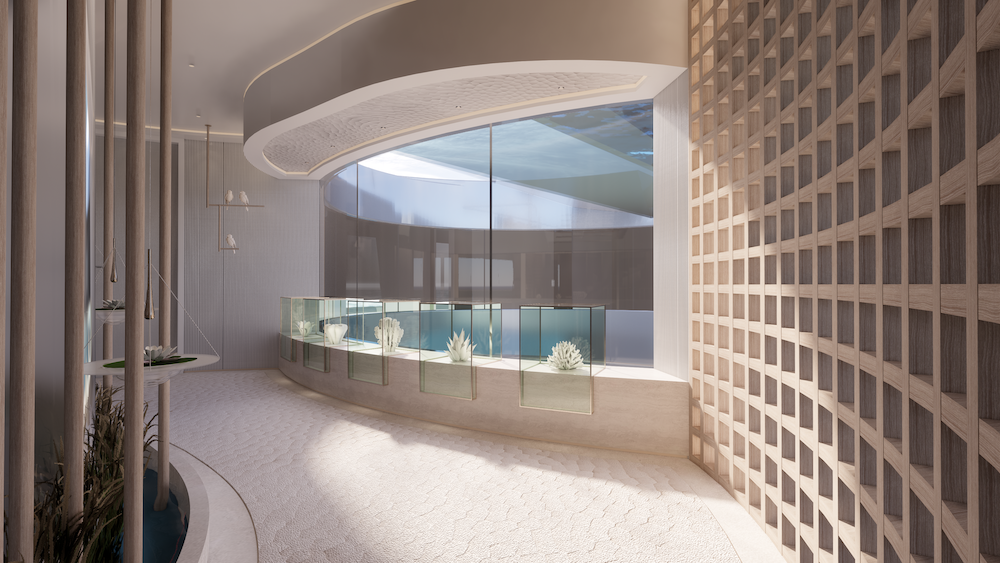 Dasha remembers her first big interview in the superyacht industry. The interior designer and OS manager for Roman Abramovich's famous 162.5m superyacht M/Y Eclipse was on maternity leave and so a replacement was needed. The interview took place around a large table in a Michelin star restaurant with representatives from both management and the client side quizzing the young designer. When the restaurant brought her the wrong meal she was faced with a dilemma, “What should I do? Should I send it back and get what I ordered? I don't want to make a fuss, but then again, this is a nice restaurant and they should get it right.”

She decided to kindly ask the waiter to replace her meal with what she ordered. It turned out to be one of the most important career decisions she had ever made, and it was followed by handshakes all around, ‘Congratulations, you’ve got the job.’ The representatives revealed that it had been the final test of her interview, to see whether she would favour agreeableness in the face of adversity, or if she would stick to her guns and get what she wants. “Yeah, so that was basically my big entrance into the superyacht industry - it was very interesting!” 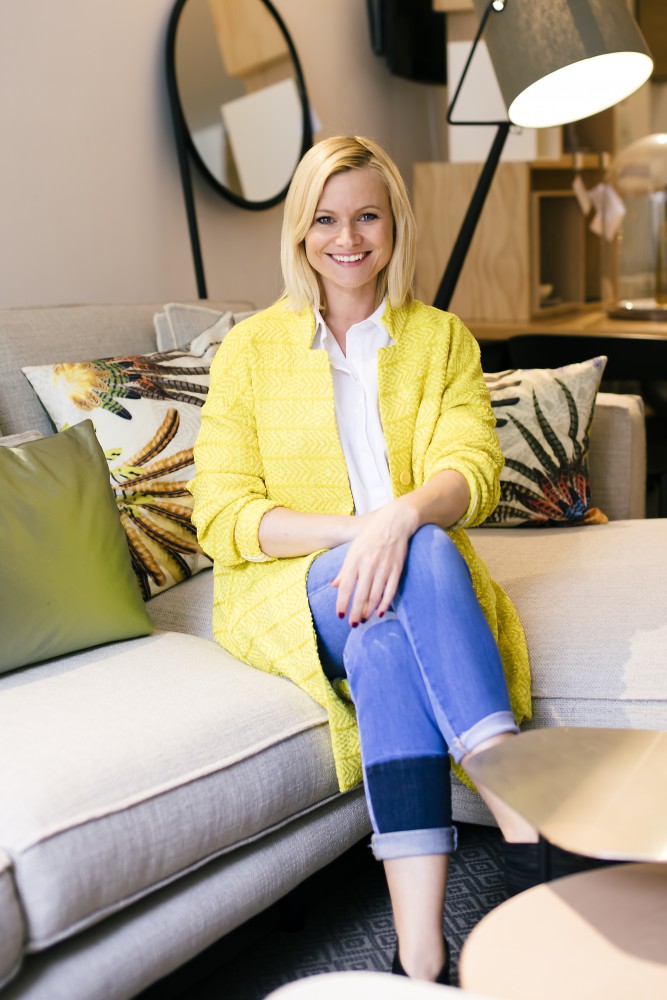 Dasha went on to work as the interior and owner supply manager for not only Eclipse, but also partly for the 115m expedition superyacht Luna - which was being built at the same time. Dasha explained how it was one of the most intense but amazing experiences of her career, “I was working for Blue Ocean Yacht management, representing the owners side for Mr Abramovich and we were building two boats at the same time. I was on daily calls with the Terence Disdale team, meeting the shipyard interior manager as well as all different contractors and subcontractors. I was also the one who made the final acceptances on the interior side and locked the rooms once completed...

"I was living in Hamburg, and I was literally almost sleeping on the ship because I was working such crazy hours, trying to learn everything and spend as much time on board as possible."

We had a big floating office which was right next to the boat from which we managed everything in between the different groups and from all the different sides. We had a large window in our office from which we could see inside the floating deck and see the ship almost from our desks. Our engineering teams shared the build progress with me and I was helping to prepare monthly reports to Mr A about what was happening.” Dasha continues, “It was an absolutely unforgettable experience with many wonderful people who remain my close friends until this very day. I think that the main thing I learnt was to always be on site, see how everything is being put together, how it's being built, and how all these parties are working together. It was like watching an orchestra.” 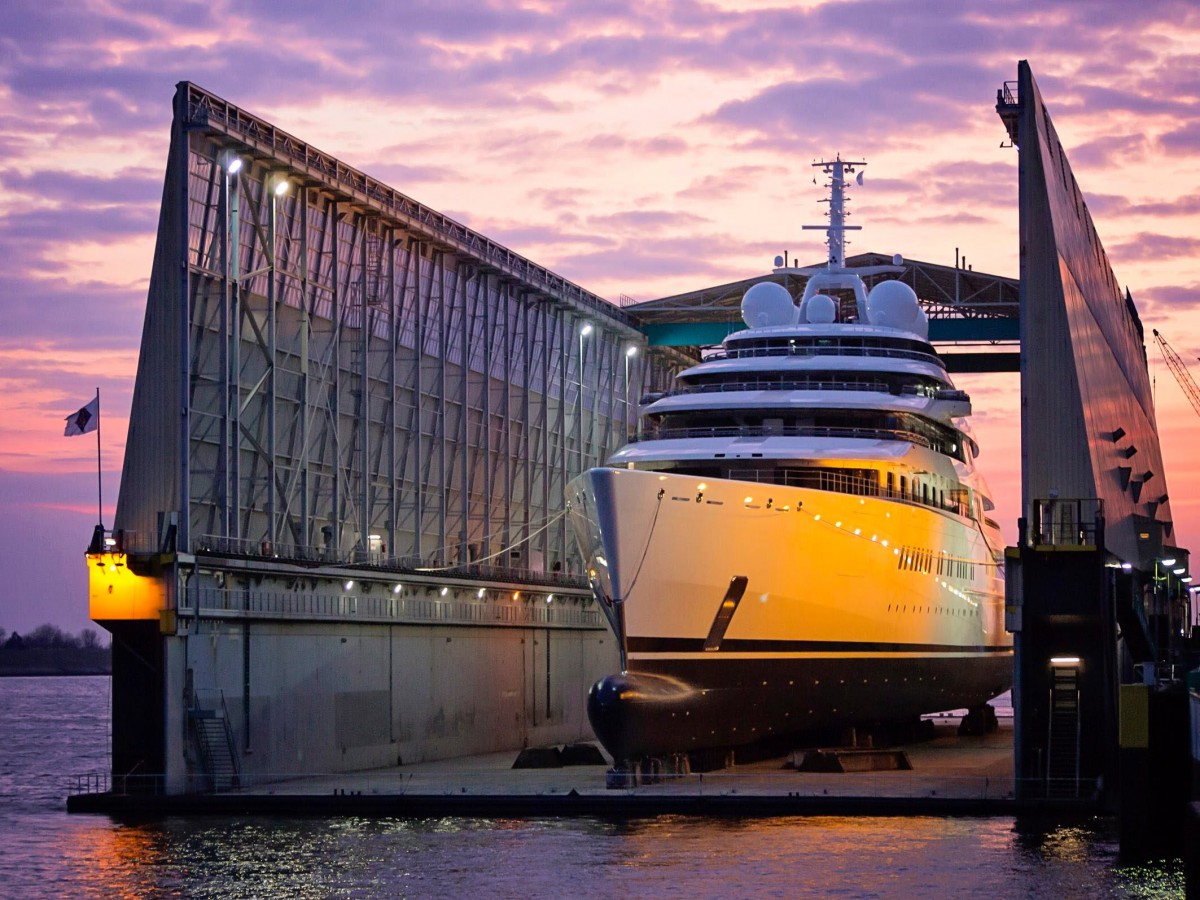 After Eclipse and Luna were delivered in 2009 and 2010, Dasha continued helping BOYM with the design for Damen Yachting on 50m Oberon. Then came her new chapter and a new role as senior interior designer at Terence Disdale Design in London, working on projects with Abeking & Rasmussen on the 80m-plus yachts Kibo and Romea, also a short period designing at Winch Design on 156m Dilbar which was delivered in 2016 at Lürssen. Her impressive resumé doesn’t end there. Once relocated to Amsterdam, her recent work included leading a 20-member team on a six-star hotel project in Qatar and designing a VIP centre at Schiphol Airport, in which the Dutch royal family also have their own rest area. Her latest project and collaboration with former colleague Jim Sluijter, Alice, was a major head turner on the Lürssen stand at Monaco Yacht Show 2021.

Dasha came from humble beginnings before she skyrocketed onto the yachting scene. The spaces she designs today are in a sense the antithesis to the environment where she grew up in the former communist state of Czechoslovakia, now Czech Republic. As a young girl she would spend all her time in her fathers workshop in the mountainous and historical region of Moravia. As her passion for design blossomed in her teenage years she decided to spend six years studying at the University of Art, Architecture and Designs in Prague. It was only after the borders were opened in 1991 that she could travel to places like the south of France and Italy to start seeing superyachts and the Mediterranean way of life. And so, it was when she moved to a new life in Palma De Mallorca that her career in yachting really began. 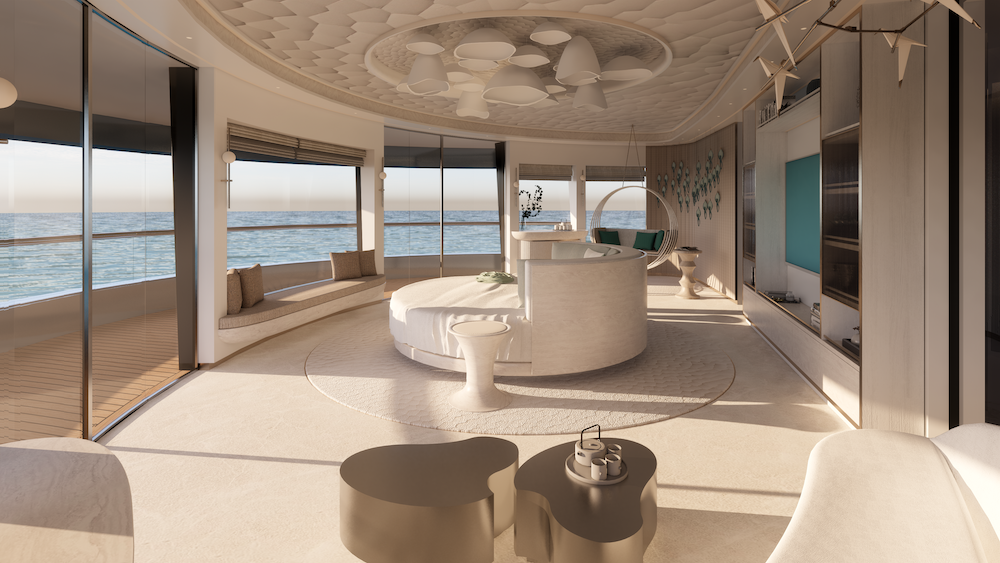 Dasha went on to explain, “For me personally it’s very important to design a space which you enter and will immediately feel relaxed and calm - where simply nothing will bother you. For this it is important to play with lighting, select the right walls and furniture colours and finishes, play with interesting textures and balance it all with the right scent in the room. Our brain is very sensitive to the environment we surround ourselves with and therefore the interior can very much affect our mood and our health. Of course each space is designed to bring different energy and evoke a different emotion in us...

"Interior design is very much about psychology. I love this subject, I constantly educate myself and learn from old Chinese and Japanese schools to see how colours, patterns and shapes affect us.”

This notion is best portrayed by the concept interiors on Lürssens Alice, which combines glamorous living with a sense of ecological responsibility. By placing mental wellbeing at the forefront of her designs, Dasha was able to create a space which summons feelings of being calm, relaxed, and at one with nature. The light and restful interior also compliments Sluijters exterior work which introduces the idea of using the deck space for parks and ponds. The team behind the concept took every detail into consideration, for example, the mirrored glass windows around the owner’s deck which reflect heat, serving as thermal insulation and thus reducing the energy load of the air conditioning systems.

She admits that she does her very best to not let anything frustrate her - a noble mission considering her line of work and the level of stress that comes with it. With that being said, collaboration is undoubtedly Dasha’s raison d’etre, and the obvious lack of it in the superyacht industry is her only and main gripe. She is of the opinion that truly incredible products can only be achieved if the parties involved work hand in hand instead of working against each other, which can sometimes be the case when things don’t go to plan. 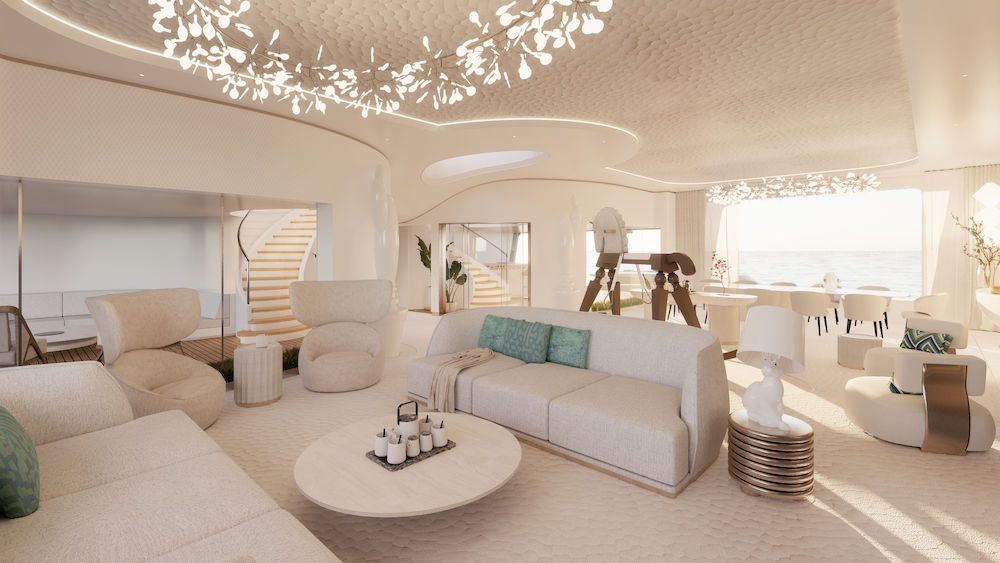 Dasha explained that, “It is very important that designers, both exterior and interior, together with the engineers, shipyard and owners representatives work very closely, pretty much hand in hand. It’s so important as we as a team are able to create magic and I still don’t see it happen enough...

"There is lots of time wasted only because people don’t work together when facing problems, and additionally I would just add that in general, no matter what size of the yacht, the storage space is always an issue.”

As Dasha sees it, any design begins by place in one of two categories - it is either for a specific person, or it is for a public area. From that point, she is able to decipher what the next move is that she needs to take, “If I design for a specific client it is very important for me to know his/her lifestyle. What is important to them? How do they like to spend their day? What do they like to do? How do they feel about certain colours? The public areas - or common spaces are more generic and the design details and style should be made to make everyone feel welcomed and happy, or perhaps energised depending on the use of the space.”

Dasha believes that her latest project Alice is a prime example of what a superyacht design of the future should look like. The concept exemplifies what a modern superyacht owner is looking for in today's age, it is also Lürssen's way of dictating their future narrative, and providing a beacon of reason and inspiration in a chaotic media landscape. Although her reputation precedes her, Dasha remains full of energy and enthusiasm about her chosen field of work, despite rarely being able to show off the fruits of her labour to the wider public. With the winning combination of a wise head on young shoulders, stakeholders can rest assured that the future hidden gems of the industry's designs are up to scratch even for the most elite members of our society.