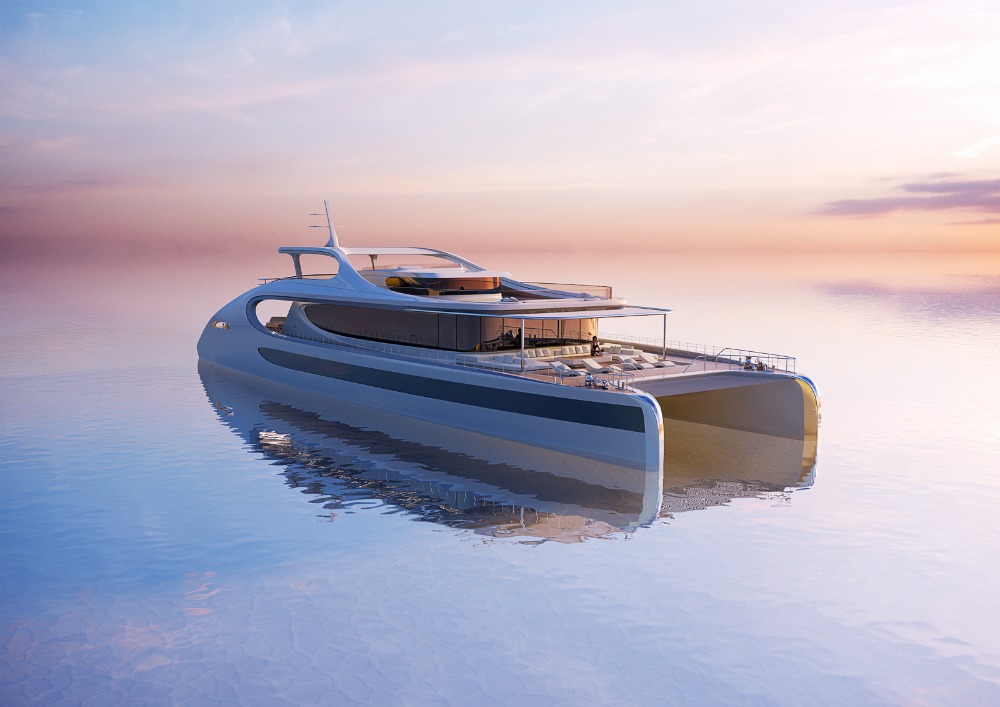 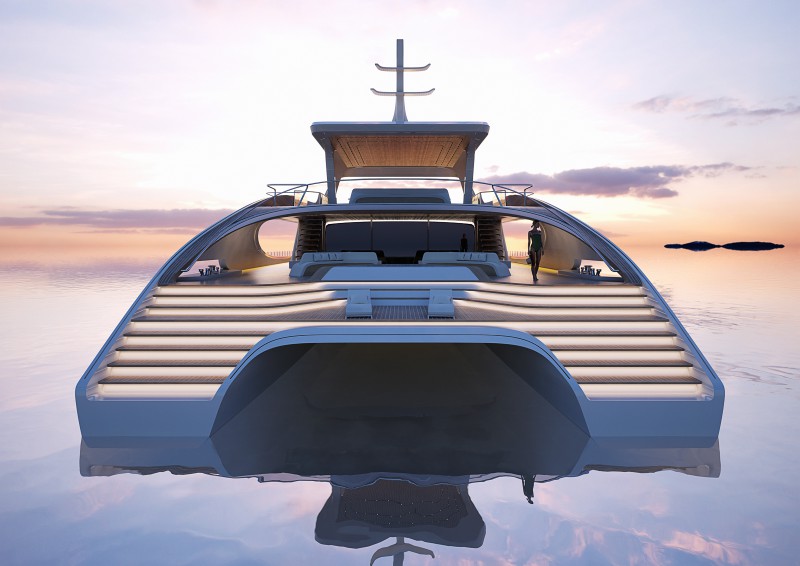 The high surface area available from the multi hull design will give maximum solar panel coverage in order to charge the battery banks. According to the calculated consumption rates, Oneiric will be able to cruise for a full day in electric propulsion mode, with zero emissions. For transatlantic voyages, Rossinavi believes that Oneiric will complete the crossing on full electric propulsion 70 per cent of the time, equating to roughly 40 fewer tonnes of carbon when compared to a crossing from a similarly proportioned vessel running conventional diesel propulsion. 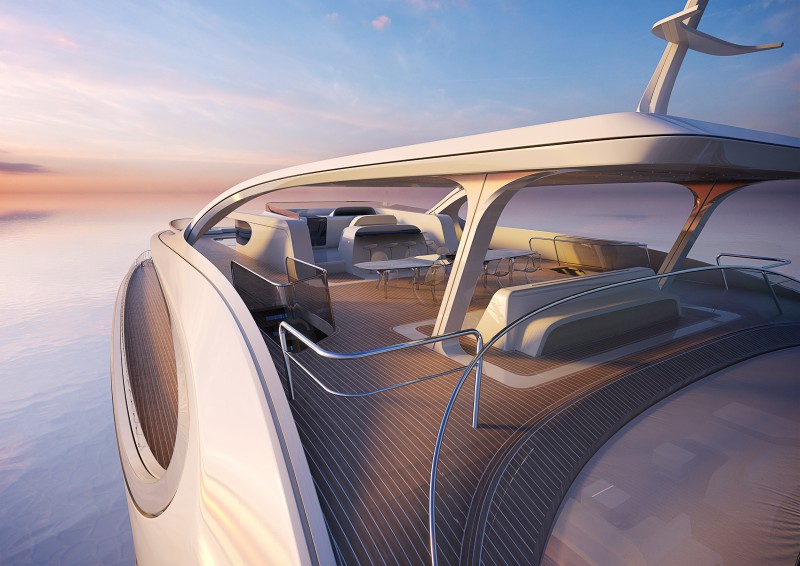 The multihull platform is more energy efficient due to the weight distribution and hydrodynamic properties below the waterline. The LOA will be 44m, with a maximum bean of 13.75m. As with other multihulls, the draft considerations are significantly less, at just 2.0m. Gross tonnage has been calculated as below the 500 GT threshold, while still providing one master and four guest cabins.

As can be seen in the historic deliveries summation from The Superyacht Agency, Rossinavi has has a relatively consistent delivery schedule since 2012.  The addition of technologically advanced hybrid multihulls such as Oneiric could see this capacity increase later this decade. With the rhetoric around greener low emission alternatives now also regulatory imperative in regions such as the Mediterranean, the demand will increase also. If it can perform as calculated, Oneiric, with a storied design house behind it, may represent a fascinating addition to the fleet. 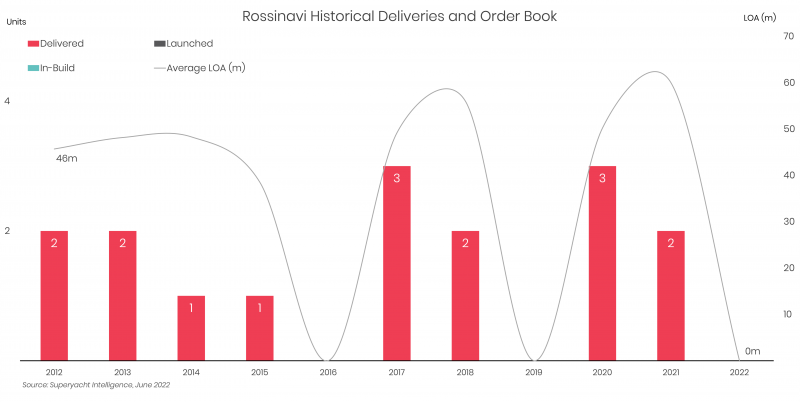 Sunreef set to trailblaze through the superyacht market