The 118-metre project was developed with modern, environmentally conscious features throughout  … 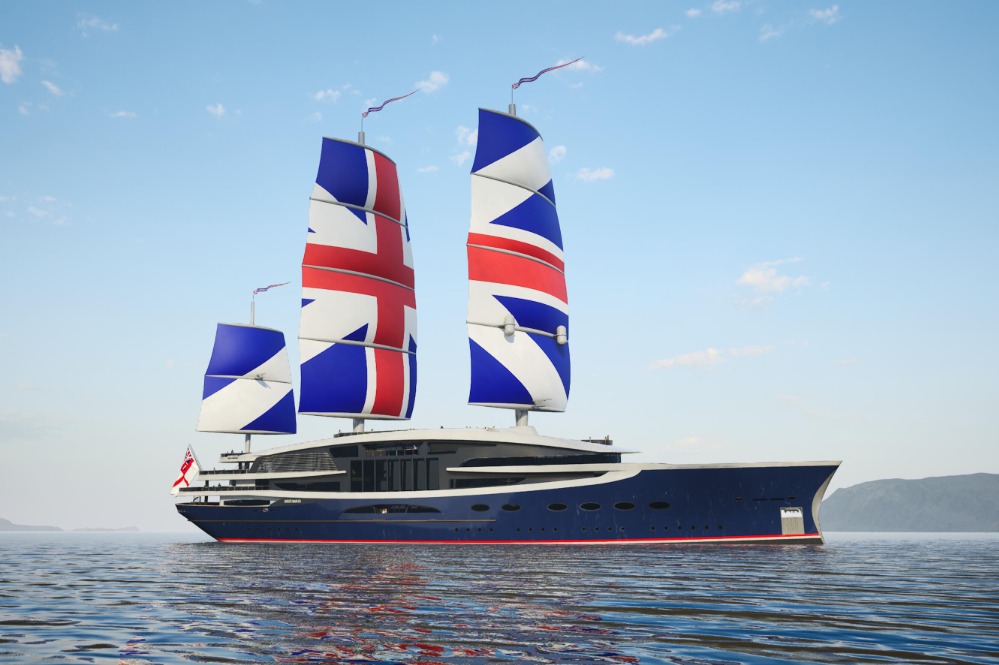 In 2020, the team at Gresham Yacht Design decided to begin creating their vision for a National Flagship. Work began on the 118-metre project before news that the UK government was looking to build the vessel, and the team have emphasised that it is a ‘national flagship’ and not a ‘royal yacht’. When officials opened the door to potential bidders for the project in 2021 Gresham Yacht Design put its hat in the ring for consideration. 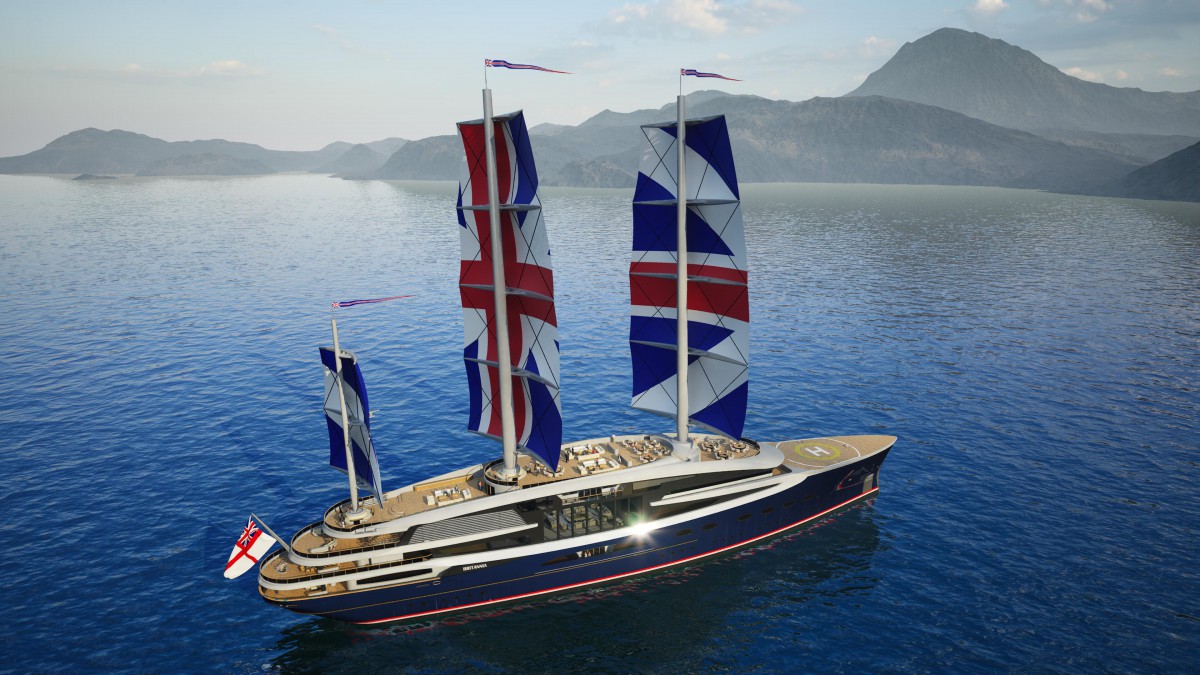 Understandably, the majority of the British public did not favour Boris Johnson's decision to spend £250 million worth of taxpayers' money on a yacht amidst a pandemic and cost of living crisis. However, some argued that it could reinvigorate the British Shipbuilding industry, boost employment opportunities, and become a platform for global trade and business. More than one year after the initial announcement, there have been no further updates or developments regarding the feasibility of the project. 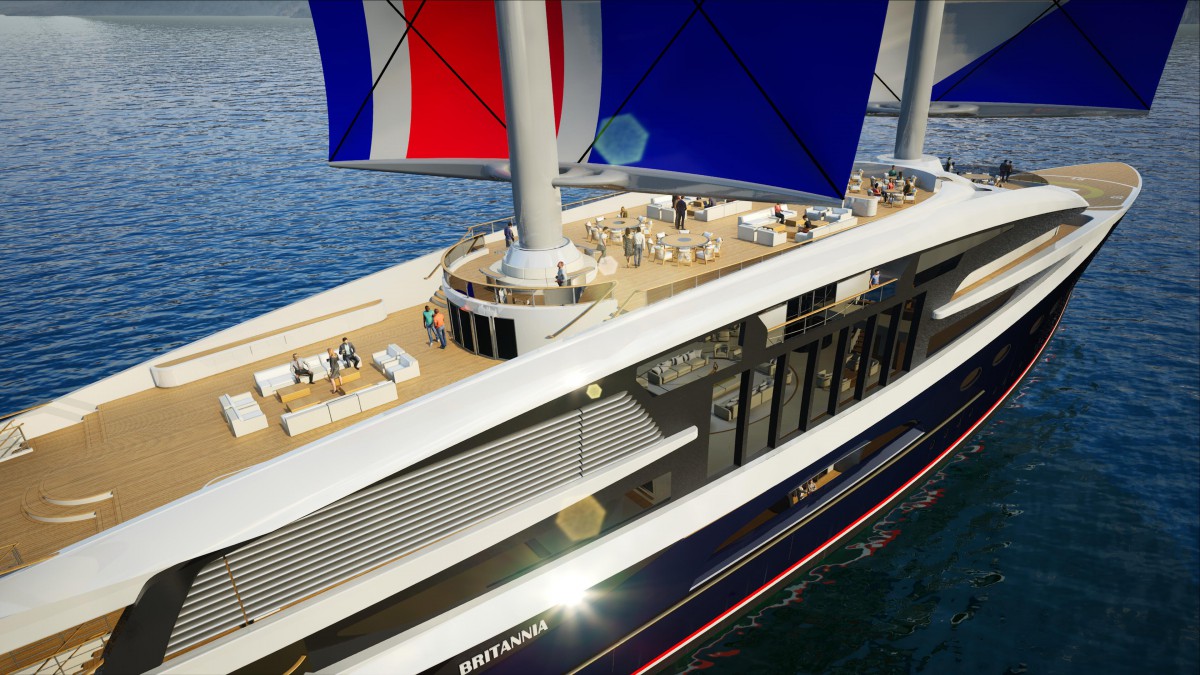 Steve Gresham believes that the National Flagship should harness the power of the wind. This is why the concept for a large sailing vessel was born and developed with modern, environmentally conscious features throughout.

“The National Flagship project is a very exciting proposition and would be an unmatched opportunity to demonstrate the best of British talent to the world,” says Gresham. “It is an opportunity to create a versatile and multifunctional vessel that could be used for official events and exhibitions alongside private meetings and dinners for government officials and dignitaries.” 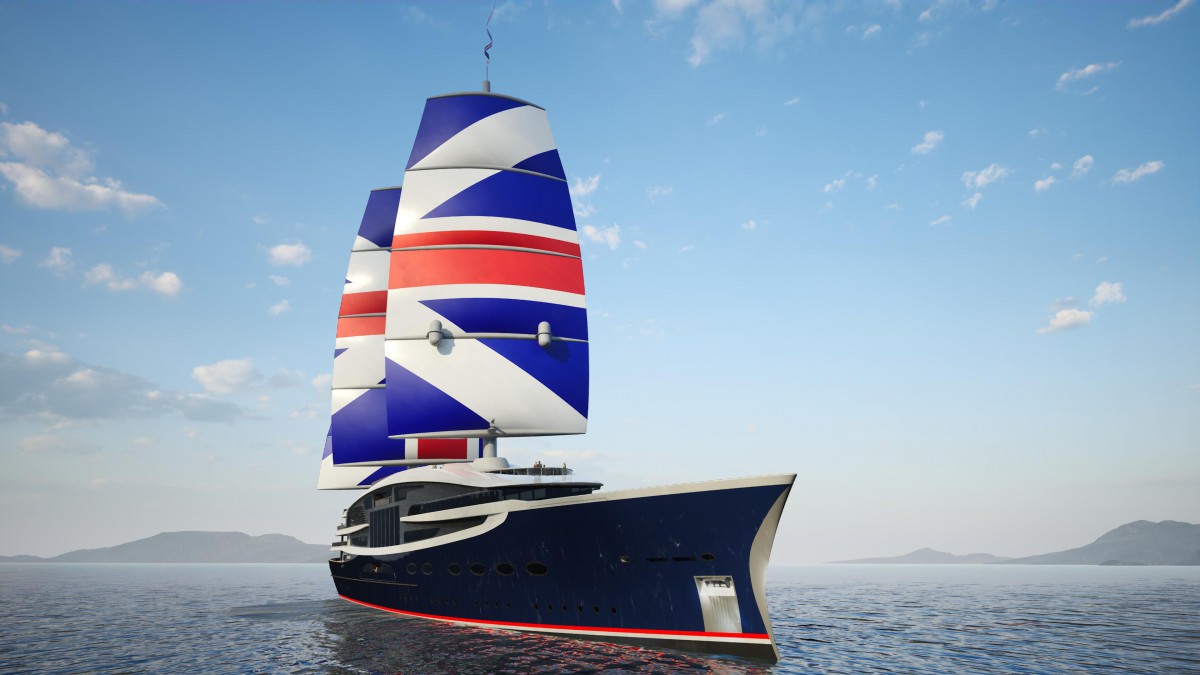 This design incorporates a large double-height atrium to be used as either an exhibition space, a ballroom or a reception area. With offices and meeting rooms for British businesses to use when moored at home, abroad or at special events.

The vision for the interior would be functional and engineered to be as environmentally conscious as possible, using wind and hybrid power for sailing. Other notable features of the design include a helipad and a hydrogen limousine tender

The importance of glass quality and reliability on board