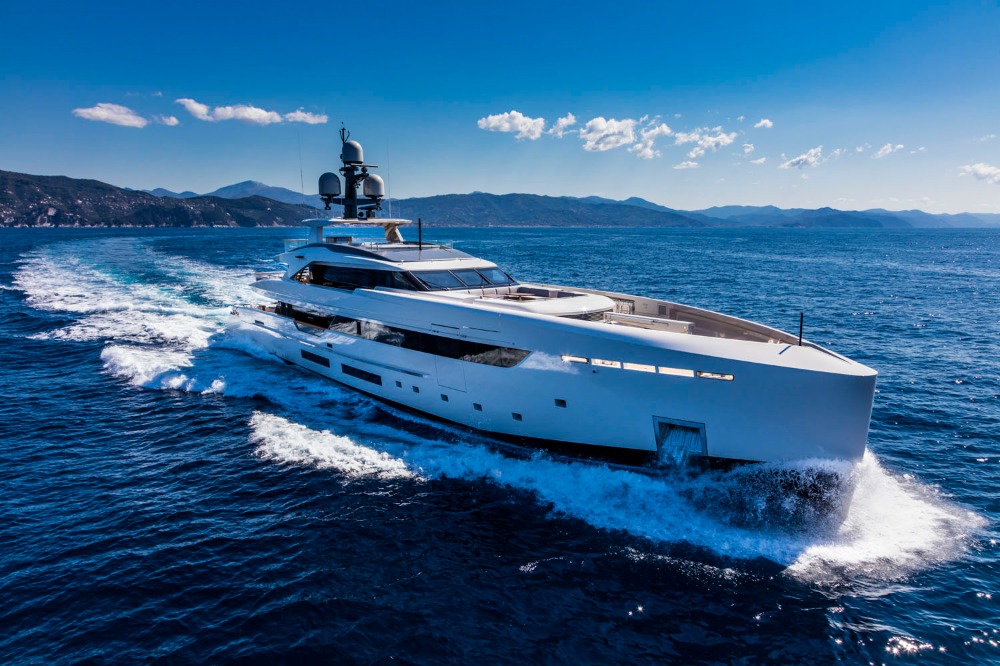 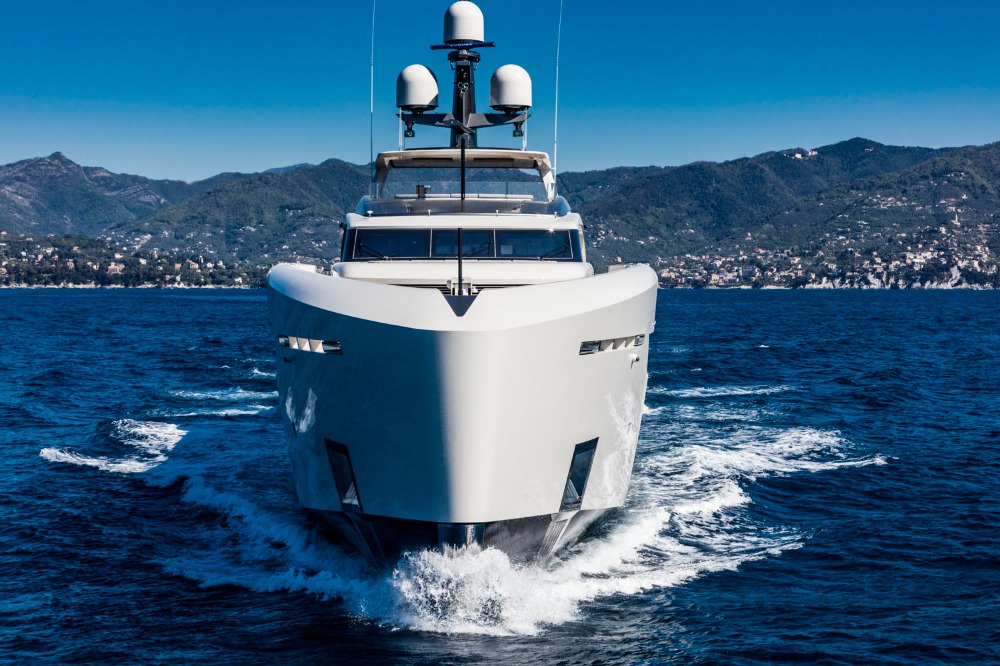 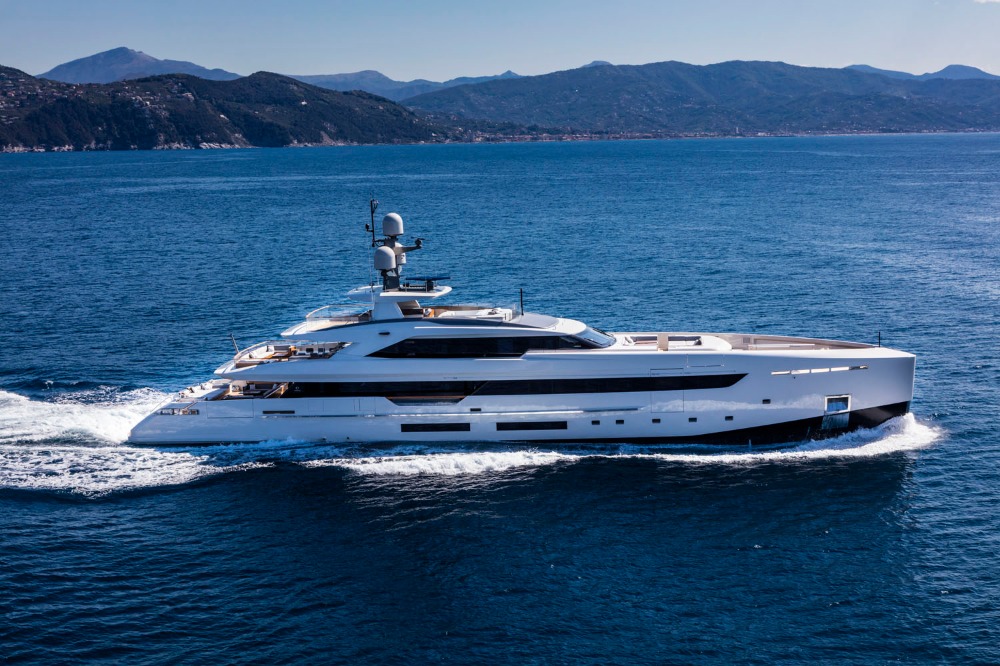 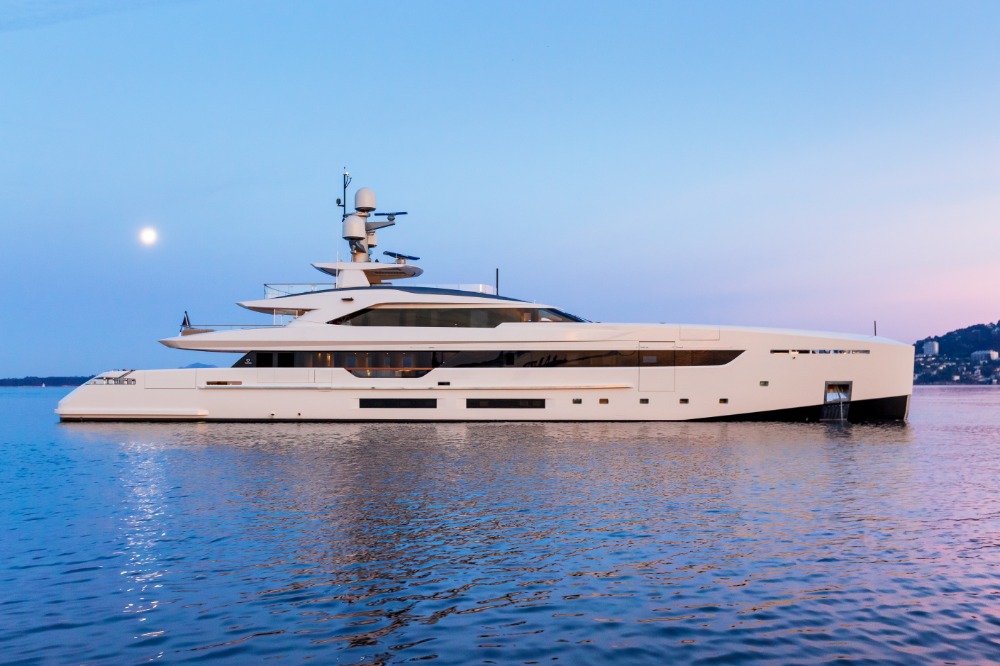 Based on a similar design to Tankoa’s Vertige – the first hull in Tankoa’s 50m series – the S501 Hybrid’s key difference from its predecessor is its innovative hybrid propulsion package, developed and perfected by Siemens, in collaboration with Tankoa’s research and development department. The boutique shipyard has employed this cutting-edge technology to push boundaries in terms of efficient fuel consumption and on-board comfort, allowing for long-range cruising surrounded only by the sound of the sea.

Powered by twin MAND2862LE446 (1029 kW) engines, and two 200 kW Siemens electric motors fed by two 250 kW variable speed generators, the S501 Hybrid can operate in various different modes, depending on usage. In Diesel Electric mode, the electric motors are fed by two variable-speed generators, allowing for speed up to 10.5 knots with a consumption of 116 litres per hour. With both main engines off, both generators on and both electric motors on, there is considerable fuel savings and superior comfort, with very low noise levels and vibrations – perfect for cruising at night while owners and guests are sleeping.

With both main engines off, both generators on and both electric motors on, there is considerable fuel savings and superior comfort, with very low noise levels and vibrations...

In Hybrid mode, one of the two main engine shafts generates the required electrical power to run the second electric motor for propulsion and hotel requirements. At 10 knots, the yacht has a cruising range of approximately 4,500 nautical miles. In this mode, the yacht cruises with one main engine on and the other off, both electric engines on and both generators off. The electric engines supply power for both propellers and hotel requirements, therefore saving generator consumption and keeping running hours low.

In Shaft Alternator mode, with both main engines on, generators off and both electric motors on providing the hotel power, the yacht can cruise at 12 knots with a range of 4,700 nautical miles. In Traditional mode, the yacht can cruise at 17.5 knots using both main diesel engines for propulsion and a diesel generator feeding the hotel loads. In this case, the variable speed generators self-adjust their rotation speed to the required load. In Full Speed mode, with both main engines and generators supplying power to the two electric motors and feeding the hotel loads, the yacht will reach a top speed in excess of 18 knots.

Tankoa has just launched the third S501 hull, M/Y Olokun, with a striking black hull and silver superstructure. Construction of the fourth hull of the series, and the second S501 Hybrid, has started on speculation for a delivery in November 2021. The project’s interior layout is yet to be defined, with the flexibility for five or six guest cabins. Therefore, a client will be able to style and configure her to suit their needs, but won’t have to wait the 24-month construction time that such astonishing yacht demands. Following the success of the model, construction of the fifth hull has already started for delivery in summer 2022.

Meeting the demand for outdoor space