Basic AI systems can help us to re-imagine yacht design through the lens of history’s greatest visionaries, but that’s only the beginning… 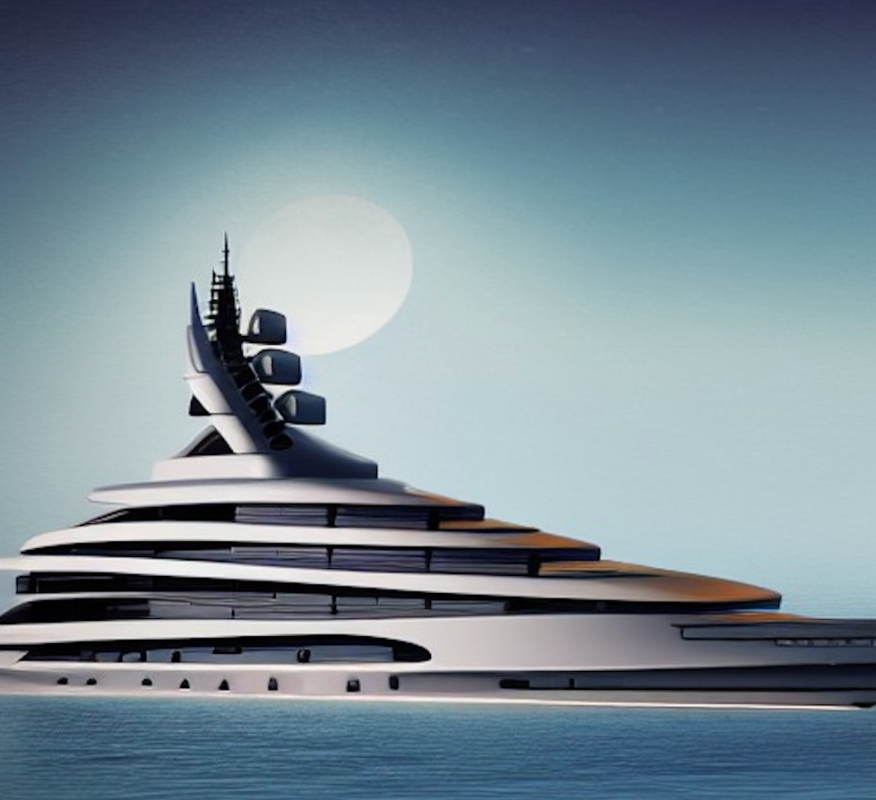 The image above is what you get when you ask an AI art generator to paint you Antoni Gaudi’s superyacht. The software uses a "CLIP-Guided Diffusion" text-to-image algorithm to depict a concept that obeys the laws of physics based on a description. The generator is effectively able to analyse thousands of images based on the words ‘Antoni Gaudi’ and ‘Superyacht’ to figure out what the desired aesthetic is. It is a fun and creative tool that provides food for thought, but truth be told, it barely even scratches the surface when it comes to the potential for the use of AI in design and architecture. It is an interesting tool that opens the door to a whole host of opportunities, but could you really go as far as to speculate whether or not it could alter or replace the role of a traditional yacht designer?

It’s a fascinating thought exercise, but overthinking the future of Artificial Intelligence tends to cause headaches, so perhaps it's better to look at designers who are already at the forefront of this initiative. Bill Edwards, Head of Research and Development at Olesinski, is something of a pioneer when it comes to the use of AI as a tool for yacht design. Edwards utilises artificial intelligence technology (originating from The University of Southampton) to reduce the typical cost and manpower that is required to create a yacht concept. 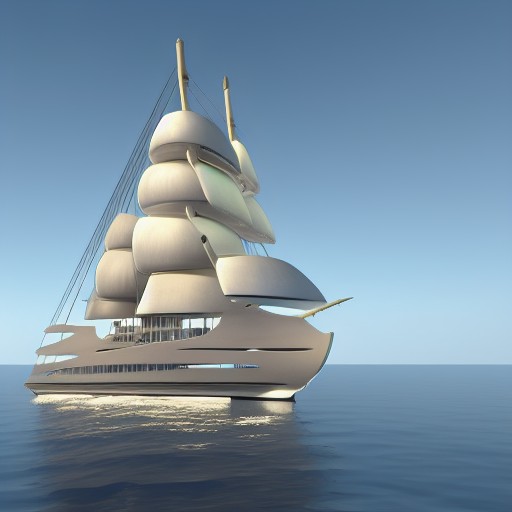 Through the use of Olesinski AI, thousands of design solutions can be evaluated and analysed, the system can suggest an option and accompany it with an automatically generated 3D geometry layout with structural details. The system can also reliably reproduce historic designs when given the same brief. The computer effectively has the ability to provide foresight and support important decisions that will ultimately affect the entire direction and journey of the design process.

Edwards helped to explain the difference and similarities between the kind of AI that was used to create the image above, and the kind of AI that is used at Olesinski. Edwards explains, “What you have created uses text-to-image AI, and at the moment, what we've got, in a sense, is a sort of image-to-image AI - that image may be a ‘3D image’, but it's nevertheless used in a similar way. What we’ve done is given the software hints of where its constraints are, for example describing the hull form that it's got to sit within.”

Edwards continues, “Therefore, in a way it is using similar techniques, although much more heavily constrained ones. The AI we use has got a notion of what a cabin is and how they are placed and how they are accessed, but it doesn’t have notions of things that it doesn't really need to think about. Whereas this sort of AI that you were using is totally free - it's got an awful lot of inputs. These notions of the keywords that you used are also correlated with words from its training data, which is probably a very broad data set.” 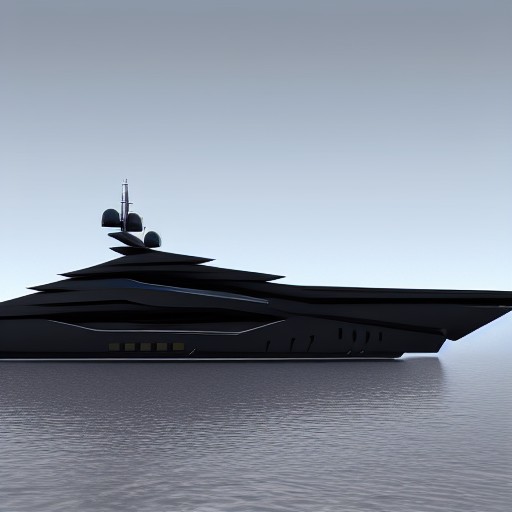 Artificial Intelligence is a contentious topic, for some, it conjures up the image of a dystopian nightmare that usually includes robots taking over the world, but the majority of the experts in this field will argue that it can be used strategically to enhance and develop many aspects of society. With that being said, it is worth concentrating on the different forms of AIs. Narrow AIs, such as the ones being discussed in this article are tools that perform a specific task, these are relatively different to Artificial General Intelligences which work across multiple domains tackling problems that they weren't explicitly designed to solve.

There is no doubt that AI has already influenced our day-to-day lives, for example, if you are a Spotify user, the songs you play, the keywords you search for, your current location, and the device you use are all collected to determine what kind of person you are and what your music taste is. The algorithm tells you what music you should be listening to before you even know it yourself. So theoretically, could the superyacht industry use a similar process of data collection and analysis to determine what kind of superyacht would best suit a client or potential client?

Edwards replies, “I think there are elements of that (Spotify) analogy that are true and should be true. But I think we've got to be careful because we're not the ones listening to the tracks. To take your analogy to its conclusion, we've got to make sure that we're satisfying the people that are actually out there wanting these boats. For that reason, I think for now at least, we've got to use these systems as tools for augmenting what we have, doing the things that are procedural, and when they are not procedural, at least supplying a number of possible options rather than giving you a fait accompli. By doing that, it still gives the opportunity to the person looking at the boat to say ‘this one is better rather than that one’. There are aspects of the design that can objectively be determined to be better or worse by the software. But when it comes to the more subjective aspects then we would prefer to be shown options and have a hand in the decision, and the chosen design is then taken forward and worked on further by the design team..”

This leads to that final divisive and concluding question. The question to end all other questions. Should designers be worried that AI is going to completely take over? Surely, as the years go by, the human element of design will become the weakest link and the most likely source of an error, especially if the only other culprit is literally a robot that has been programmed to always make the best decision. When I posed the question to Edwards he simply replied with a chuckle and a shrug of the shoulders, “For people in my position, the nature of the job is continuously shifting, and the tools that we use will always become ever more sophisticated”.

The importance of glass quality and reliability on board