SuperyachtNews.com - Business - The road to Barcelona for the 37th America's Cup

The road to Barcelona for the 37th America's Cup

Aaron Young, commodore of the Royal New Zealand Yacht Squadron, looks ahead to Barcelona and discusses the decision to take The Cup north … 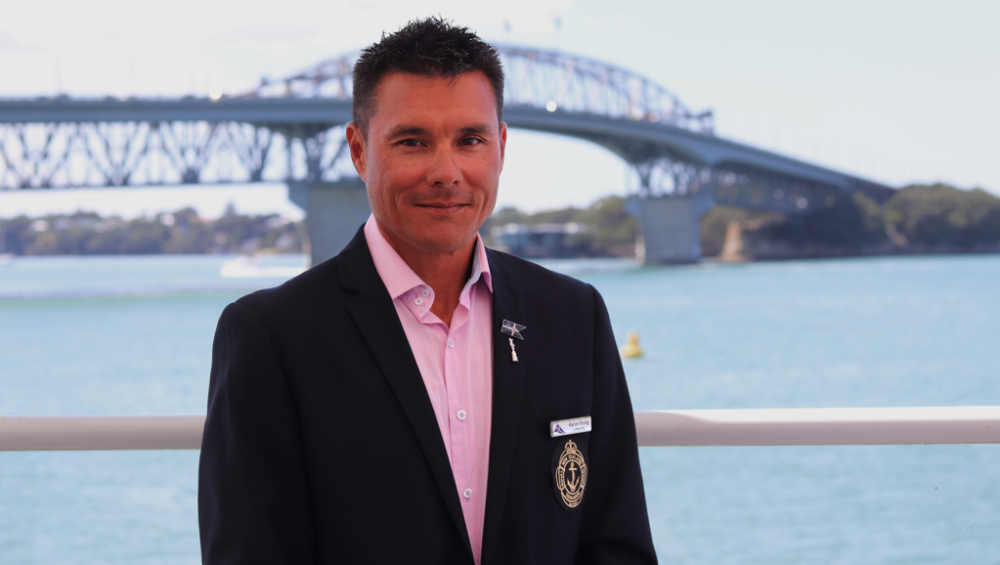 The America’s Cup is leaving New Zealand. I write this from Auckland, where the news, at least in the media, has been taken poorly. The nationalist streak in some coverage, and the implication that the organisers have in some way betrayed the country, has been hyperbolic. As a Kiwi, I would have loved to have seen The Cup defended at home again, to give the event the showpiece that it deserved, and build on the hard work and planning that was robbed by COVID. However, looking ahead, Barcelona offers tantalizing options for the Superyacht sector.

The Cup itself has evolved since the days of lucky red socks and watching Peter Blake, Russel Coutts and co win in 1995. It has become a cutting edge testing ground for technological innovation. Innovations that need a platform and significant financial backing. The economic impact of the America’s Cup itself is also inextricably linked to superyachts, and Barcelona will be the first time that the venue will, hopefully, align one of the traditional superyacht hubs with the new multihull, high-speed America’s Cup. The number of superyachts that Barcelona's infrastructure can accommodate is vast, and the stage is set for an event on an equally vast scale.

I had the chance to sit down with Aaron Young, commodore of the Royal New Zealand Yacht Squadron (RNZYS), in Auckland. From our vantage point at the Yacht Squadron, under the shadow of Auckland's harbour bridge and in the heart of the city, we look ahead to what AC37 may have in store, as well as an honest reflection as to why the cup is heading north.

Both the RNZYS and Grant Dalton, Emirates Team New Zealand CEO, have copped significant flack from the New Zealand media for the decision to move away. However, my highly anecdotal assessment of public sentiment while I have been in the country paints a far less caustic narrative than some of the headlines. Speaking with Young, it becomes clear that there are lingering misconceptions around the decision-making process, and the reality of hosting the world's oldest sporting trophy. “I think in coming days and weeks, when the dust settles and when people have the chance to consider the facts, the economic facts, and appreciate what is good for the event, good for the cup, and even beneficial for the New Zealand Inc brand, the thinking will change. This is what tends to be forgotten initially, and I think It will become far more accepted.”

“We still stand by, to this day, that we would have loved for the event to be in Auckland, but the cold hard reality of having the event here is that we never had a formal offer or proposal from Auckland.” This admission came as a surprise and one that requires clarification: “We presented Auckland with a host venue agreement, and we never had any feedback. Of course, we wanted to be here, but we never really had the option to consider it.”

“The America’s Cup has evolved so much" continues Young, "there is a dated idea that it's just a friendly challenge between nations. But it’s a big-money game now, one that is beyond the means of yacht clubs by themselves. It’s a question of capability, but also desirability. This club, nor any other club, have no desire to actually go and fund an America’s Cup.”

Speaking about the business nature of this decision-making process, Young is frank in his assessment of the way it has unfolded, as well as highlighting the broader downstream benefits that he sees The Cup still affording New Zealand. “Could it have been communicated better? Possibly. Yeah. There has always been a question about the venue for us as a club, but we have to approach it like a professional sports team. And, for New Zealand, they are also a way to export innovation.”

New Zealand’s boat-building pedigree is storied. While the superyacht building sector may have shrunk from the halcyon days of the 2000s, the focal point for much of the capabilities of the country can be seen represented in the America’s Cup fleet. The composite fabrication and foil design work are world-leading, and the team is quietly breaking ground in a diverse set of other areas.

SuperyachtNews has long championed the concept of a superyacht as a hub for innovation as well as challenging manufacturers and suppliers to keep raising the bar. The industry should take note of the ancillary projects that Emirates Team New Zealand are undertaking. “When we look back, I think we will be really proud of what team New Zealand has actually managed to achieve, aside from what they accomplished on the racecourse,” says Young.

As well as the cup defence, the team are developing a foiling, hydrogen-powered chase boat that, at the time of writing, is hitting the water for extensive sea trials. Likewise, the team are chasing a land speed record in the Australian outback. In classic Kiwi style, sometimes this groundbreaking work quietly ticks along in the background. These developments, if taken in isolation, deserve their own spotlight.