Jean-Marc Bolinger joins MB92 as CEO, Pepe García-Aubert will continue as Chairman of the group…

MB92, the renowned refit group, had announced the appointment of Jean-Marc Bolinger as Group CEO. Pepe García-Aubert, former president and CEO of MB92, will continue to play a major role in the company as Chairman of the group’s board.

“I am very happy that Jean-Marc has accepted this exciting challenge. He is in a unique position to bring a fresh perspective to our growing sector and will be able to apply his valuable knowledge of the service industry to our developing Group,’ comments Pepe García-Aubert, Chairman of MB92 Group. “Jean-Marc will lead the fantastic teams in Barcelona and La Ciotat who have consistently demonstrated their enormous capabilities. They will adeptly support Jean-Marc during this transition period, where their experience and solidarity will prove such an asset, ensuring the ideal foundation for MB92 to continue to thrive.” 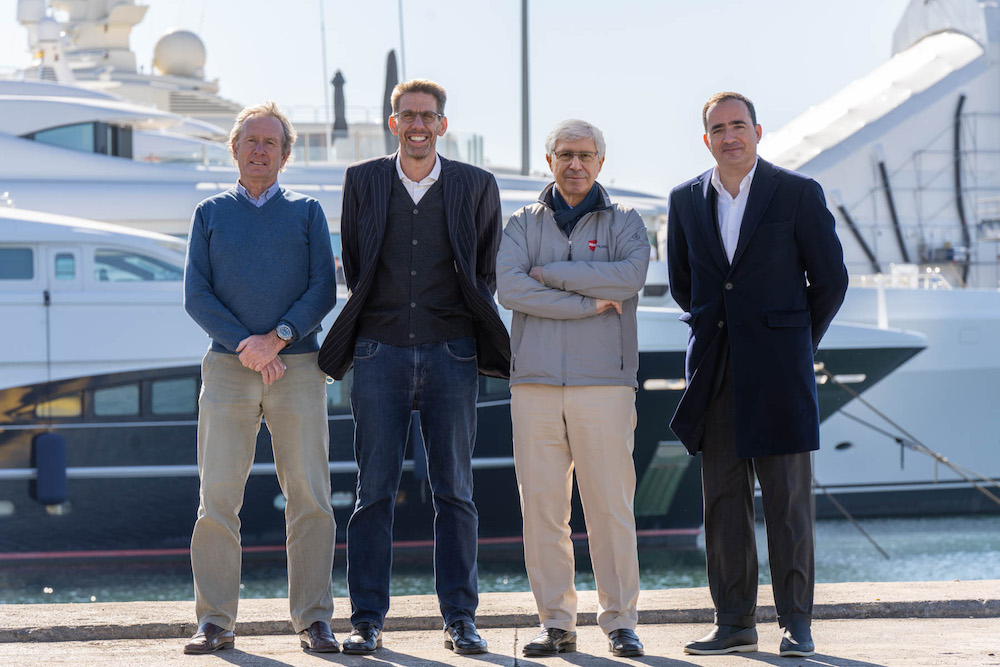 According to MB92, Bolinger has occupied a variety of senior positions across a wide range of industries from business services, consumer goods, food & beverages to logistics, and has led teams of up to 900 employees. Across 30 years and three continents, he has held executive roles at companies including Danone and Primo Corporation. More recently, however, through his work as an advisor to private equity businesses, Bolinger aided the group in developing synergies between the company’s shipyards in Barcelona and La Ciotat.

“The MB92 Group is on an exciting journey, and I am humbled to have been given the opportunity to work together with Pepe and the team in this period,” adds Jean-Marc Bolinger, MB92 Group’s new CEO. “My first priority will be to ensure a seamless transition for clients, employees and working partners. One of our objectives moving forward will be to pursue Pepe’s vision of growing the MB92 brand and remaining at the forefront of such a unique industry.”

José Caireta, Founder & Managing Partner of Squircle Capital, said: “MB92 grew to become the leading refitter in the world under Pepe’s watch. The appointment of Jean-Marc to the executive team will contribute to preserving this leadership position for years to come.”

This year has already proved to be incredibly busy for MB92 with further appointments within the group and a number of high-profile infrastructure projects either completed or reaching major milestones. Indeed, in February MB92 announced that it has opened a new state of the art paint facility close to its facilities in Barcelona. However, of greatest importance is undoubtedly the ongoing progress of its new refit platform in La Ciotat, which is scheduled for completion in the autumn of 2022.

Once fully operational, the new facility will cater to superyachts with LOAs up to 115m, adding much-needed refit capacity to the large superyacht in European and indeed globally. On 18 March, MB92 announced that it had reached a major milestone in the development of the platform with it having been assembled and moved into its final position.

“This is a key stage in the delivery of the 4300t platform which leaves us well-positioned as we enter the final six months of the project,” explained Mathieu Bauden, MB92 La Ciotat Facilities Director, who has been overseeing the project. “The next important steps are the delivery of the control building, the installation of all energy networks, reception of the transfer system, the cradles and final testing followed by certification by Lloyds this summer.”

In recent years much has been made about the rapid growth of the 90m-plus superyacht market and the comparatively slow development of service infrastructure. MB92, however, across both of its facilities, is one business that has made a series of large infrastructure and is contributing significantly to the development of this sector. It is expected that the addition of Bolinger as CEO will be another positive step in the refit group’s development.

We’ve got to embrace sustainable refits