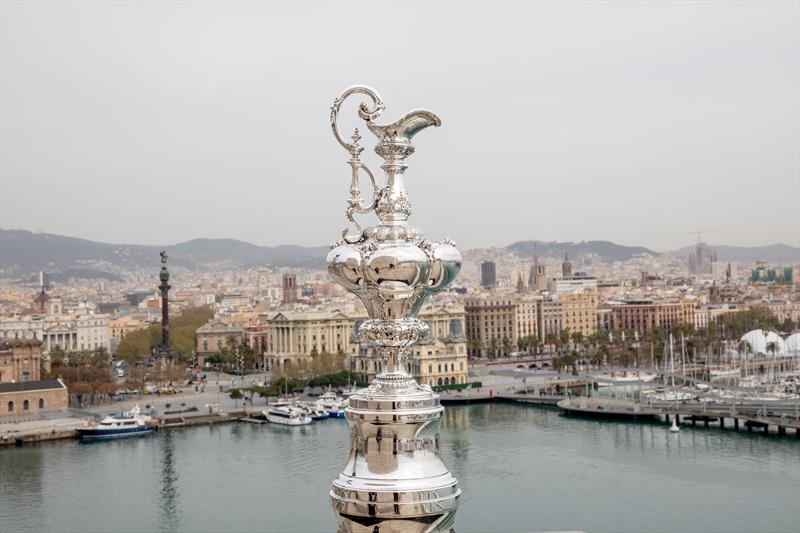 Emirates Team New Zealand and the Royal New Zealand Yacht Squadron have announced that Barcelona will host the 37th America’s Cup in September and October of 2024. As one of the most well-respected superyacht hubs globally, this represents an excellent opportunity for the popular city to develop and evolve its superyacht offering, whilst supporting the oldest and one of the world's most renowned sporting competitions.

“Barcelona really is one of the most recognised cities in the world so to have the ability to host the most recognised sailing event in the world is hugely exciting,” announced Grant Dalton, CEO of Emirates Team New Zealand. “As Defender of the America’s Cup, we have always felt the responsibility to grow the event, the audience, and the sport of sailing on a global scale and certainly having the event hosted in a significant city such as Barcelona will allow us to propel the growth trajectory on the global sporting stage. When thinking ahead to the 37th America’s Cup and the AC75’s racing within a few hundred of the Barcelona beach, waterfront, and race village fan engagement zones it will be nothing less than spectacular.”

According to the announcement, Barcelona is a leading city in terms of sustainability and social impact with ambitions to become Europe’s digital and tech capital. It also has pre-existing facilities of the highest calibre for racing, team bases, technical infrastructure, superyachts, and areas for the America’s Cup event village. Indeed, Barcelona is one of the most renowned superyacht hubs in the world, both in terms of its location and the high level of services offered to superyachts in the area and hosting the America’s Cup will be an excellent opportunity to showcase the city's yachting prowess, as well as the prowess of the surrounding and complementary regions.

Barcelona’s bid saw a strong alliance across public and private entities working together to attract the America’s Cup to Barcelona which included the Government of Catalonia, Barcelona City Council, City Hall of Barcelona, Port of Barcelona, Barcelona Global’s investment agency and Barcelona & Partners, a non-profit initiative composed of more than 200 of the city’s leading institutions.

The president of the Generalitat de Catalunya, Pere Aragonés, explained that the celebration of the America's Cup in Barcelona is excellent news for the city and the whole country: "It is a historic sporting event, which has a great projection worldwide at an international level, economically and for tourism. The America’s Cup is not just an isolated sporting activity and offers significantly more than that to the Host Venue. It is an event that it will generate a return across many platforms over years and will leave a very important legacy for Catalonia. I am very satisfied because, for the first time, the America’s Cup will also include a specific Women’s America’s Cup regatta in Barcelona.”

"We have made Port Vell available to the city and the country to be able to celebrate an America's Cup that projects Barcelona to the world and that has innovation and sustainability as its flagship. We will make the most of the infrastructures that we already have, we will boost the economy and employment and finally, we will leave an enduring legacy,” commented Damiá Calvet, president of the Port of Barcelona.

As previously mentioned, the 37th America’s Cup being hosted in Barcelona represents a brilliant opportunity for the local superyacht market to showcase its excellence and, while the Mediterranean is obviously well known to superyacht owners and users, this still further represents an opportunity to grow and evolve the superyacht experience in the wider region.