Talking without action is just talking

She of the Sea reveals its global network of advisors, ambassadors and signatories thus far… 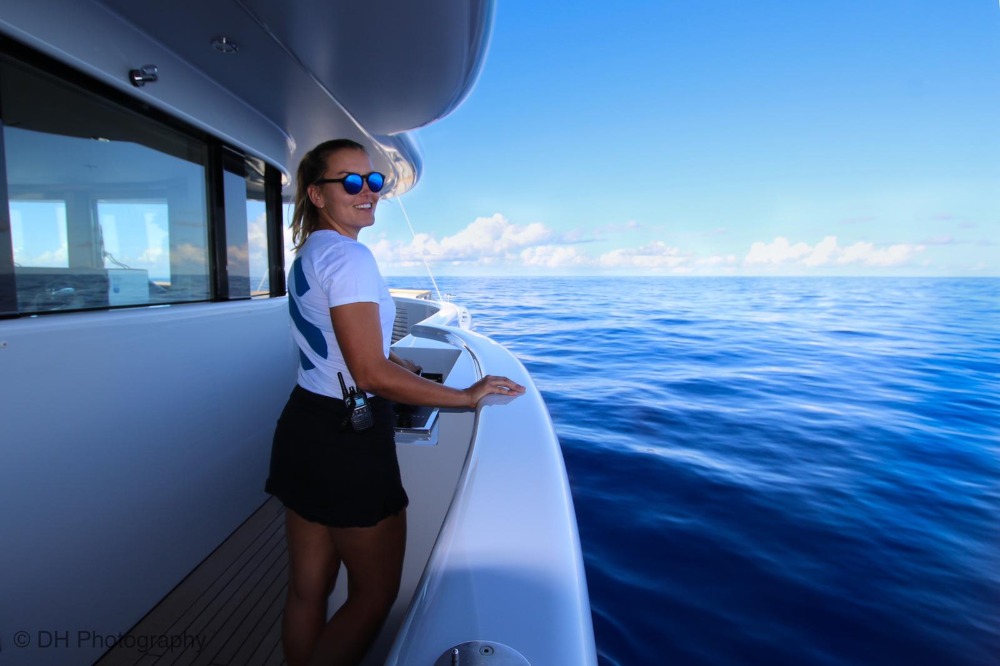 If you are not already familiar with She of the Sea, now’s the time. At the beginning of March 2020, She of the Sea revealed its Yachting Diversity Pledge, and this week, it has revealed the She of the Sea advisors, ambassadors and signatories thus far, who are proudly championing a critical and significant growth opportunity for the superyacht industry – across every single sector.

“Ashore or at sea, people are our greatest assets, and will shape our industry now and for generations to come,” says Jenny Matthews, founder of She of the Sea and Officer of the Watch. “Diversity and inclusion is the bedrock of innovation, and innovation is our industry's way forward,” she continued, announcing the first wave of people and companies committing to the She of the Sea pledge.

As stated at the beginning of McKinsey and Company’s ‘Diversity Wins’ report in May 2020, regarding ‘How inclusion Matters’, the business case for inclusion and diversity (I&D) is stronger than ever. “For diverse companies, the likelihood of outperforming industry peers on profitability has increased over time, while the penalties are getting steeper for those lacking diversity,” reads the front page of the report.

The She of the Sea team set about identifying key areas for growth within our industry, initially focusing on gender, and since expanding to the broader topic of diversity. “There are proven economic and cultural benefits of a diverse workplace outperforming those that are not, and these are now so highly recognised and sought after with employees, the superyacht industry needs to realise this too,” Matthews explains.

Among Matthews’ collection of advisors is Vanessa Sanyauke - Founder of Girls Talk London and currently Global Specialist for Group Diversity and Inclusion at Standard Chartered Bank, Kate Mardel-Ferreira – Head of Operations and Programmes at 1851 Trust, William MacLachlan – Partner at HFW, and Dean Pilatti – Captain, Yacht Arience. These advisors are at the core of the She of the Sea movement and will guide the narrative, and make sure that everything She of the Sea is doing is reflective of the data they are collecting and viewing.

The ambassadors, such as The Superyacht Group’s Chairman and Founder, Martin Redmayne, have emphasised their commitment to using their individual platforms to champion change in their own environments, and within their industries as a whole. They have been accepted as ambassadors on the basis that they will be change-makers and earlier adopters within this global conversation, and it is exciting to see who else will join these individuals.

It is reassuring to see businesses such as Damen Yachting, Amels B.V, Evolution Yachting, HFW Church House Investment Management, Insignia Crew, Quay Crew, and Luxury Hospitality Management among the organisations who have signed the Pledge and are joining She of the Sea in committing to a diverse and inclusive yachting industry.

“All of the resolutions within the pledge are actually fairly simple and doable. They’re not overwhelming and they don’t require a dramatic re-shift of your organisation, but they do require you to embrace change and start taking active steps towards practices that are driven towards promoting that change,” explains Natasha Ambrose, co-founder of She of the Sea and Chief Mate.

"We have no doubt that we will see change fairly quickly. We are a tiny industry compared to others, but this means we’re more connected and agile, so it just takes a few key players to put up their hands and say, ‘This is important!’ ‘This is the way forward!’ It is then very easy to influence this change" - Jenny Matthews, founder of She of the Sea & Officer of the Watch

The pledge is incredibly easy for people to get hold of, and the four action points within it have been proven across other industries to be the key things that make the biggest difference. “We have no doubt that we will see change fairly quickly. We are a tiny industry compared to others, but this means we’re more connected and agile, so it just takes a few key players to put up their hands and say, ‘This is important!’ ‘This is the way forward!’ It is then very easy to influence this change,” adds Matthews.

While it is easy to get hold of, in order to track the effectiveness of their initiative and to feed back its benefits to any members of the industry wishing to remain in a more old-fashioned mindset, there is a strong emphasis on reporting and monitoring as part of the pledge for those who wish to sign it. “We send out a form to every business wishing to be involved and this collects key diversity metrics. People can put their name to it or remain anonymous, but ultimately it allows us to understand where they are now and what steps they’re taking and how they’re progressing, alongside any positive response within their organisation,” outlines Ambrose.

Both Ambrose and Matthews are very conscious of ‘pink-washing’ and ‘greenwashing’, which is why they have made the commitments so tangible. They are also proactive in meeting anyone who is keen to be a signatory to the pledge, as Ambrose emphasises that she can quickly work out from first meeting with people whether or not an organisation is getting involved for promotional reasons.

“This is not a commitment to change everything by tomorrow. It’s not an overnight change. Some of these problems are big,” adds Matthews, who drew on the basic example that there’s a lack of photographs of diverse teams and crew in the yachting industry, meaning that even a company’s rebranding a website to be more inclusive will require time.

“Having a senior sponsor assigned helps facilitate this process,” adds Ambrose. “Change happens at the top, so when organisations have a senior assigned sponsor that is very close to, or is, CEO level, change is implemented far quicker because it has the support. For diversity to work, the workers have to buy into the pledge themselves and believe that it’s being taken seriously within their organisation,” she concludes.

This must be a united, industry-wide effort, and this will be reflected in a continuously increasing number of ambassadors and signatories.

Read my full interview with She of the Sea in our most recent edition of The Superyacht Captains Report, here.

One to One: Craig Norris

One to One: Nic Arnold

How will UHNWIs spend it?

Past, present and future

Changing the perception of yacht agents

It starts with a dream