"To any timber trader or company thinking of participating in this auction...you are buying blood wood."… 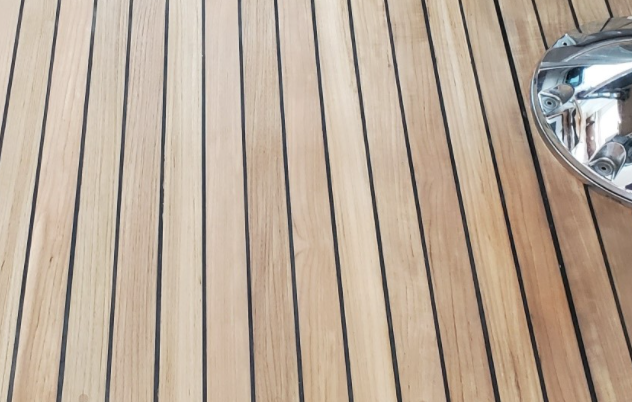 Myanmar’s military junta is today due to hold one of two large auctions of illicit timber as a means of furthering funding its regime, the second auction is due to take place on 30 September. The junta has announced the sale of 12,500 tons of timber, including large amounts of teak, which is much prized for its use of superyachts and wider maritime applications.

The Environmental Investigation Agency (EIA) warns all potential buyers in Canada, the EU, UK and the US, as well as any buyer using US dollars, that any purchases they might make would automatically break the economic sanctions that have been imposed by the aforementioned jurisdictions.

In addition to Europe’s sanctions, any timber imports to the EU would automatically also be in breach of the EU Timber Regulation (EUTR), which requires due diligence to trace all imported wood back to the point of cutting to block illegal timber from entering the market. EU member states have adopted a common position that Myanmar timber cannot be imported in compliance with the EUTR. For the same reasons, imports into the UK would breach the UK Timber Regulation.

“Once again, we see the Myanmar military seeking to cash in on the country’s natural resources to fill its pockets and fund its reign of terror,” comments Faith Doherty, EIA Forests Campaign Leader. “To any timber trader or company thinking of participating in this auction, we say this: don’t be in any doubt that if you purchase timber from Myanmar you are buying blood wood – you are directly funding a horrendous regime to continue to its routine abductions, illegal detentions, murders and systematic trampling of human rights, as well as the destruction of Myanmar’s forests.”

The junta’s brutal approach to those individuals that are determined to protect the nation’s forests became all too clear when, within the past week, the forest defender Kyaw Min Htut and his family were detained on trumped-up terrorism charges.

Previous auctions of Myanmar timber by the junta had been organised and conducted through the Myanmar Timber Enterprise (MTE), the state-run entity that controls all timber sales in the country. However, its plans to action the auction have been hampered by the Civil Disobedience Movement in Myanmar.

“For the past week, any information on this auction has come through the media. However, the MTE website has only just been able to make public, in Burmese, that this auction will take place online. With hundreds of civil servants either on strike or fired for not continuing their work, the forest department is unable to manage the country’s forests and exports. It is clear the Civil Disobedience Movement is doing its job and the military-controlled Ministry of Natural Resource and Environment (MONREC) is broken,” continues Doherty.

Timber auctions in Myanmar have traditionally been quite murky. However, since the military coup in February, auctions have been conducted in an even more opaque manner.

“Any trader entering into this auction and paying US dollars to do so it knowingly breaking these sanctions – they need to be aware that the fiscal authorities will be given the information they need to ensure sanctions are complied with and EIA will ensure that not only will proper enforcement actions be taken but all companies will be exposed,” concludes Doherty.

This news follows the announcement that Myanmar teak is being trafficked through Italy. An undercover investigation by the EIA exposed how a number of Italian companies have continued to profit from the sale of timber from Myanmar. While no superyacht shipyards have been directly implicated in the continued exportation of illegal timber from Myanmar, the message is very clear – it is time to educate clients on the damage that using teak is causing to the environment and the people of Myanmar. It’s time to move on.

One to One – Bram Jongepier