As part of an ongoing project, we explore the potential of marine maple as an alternative to teak… 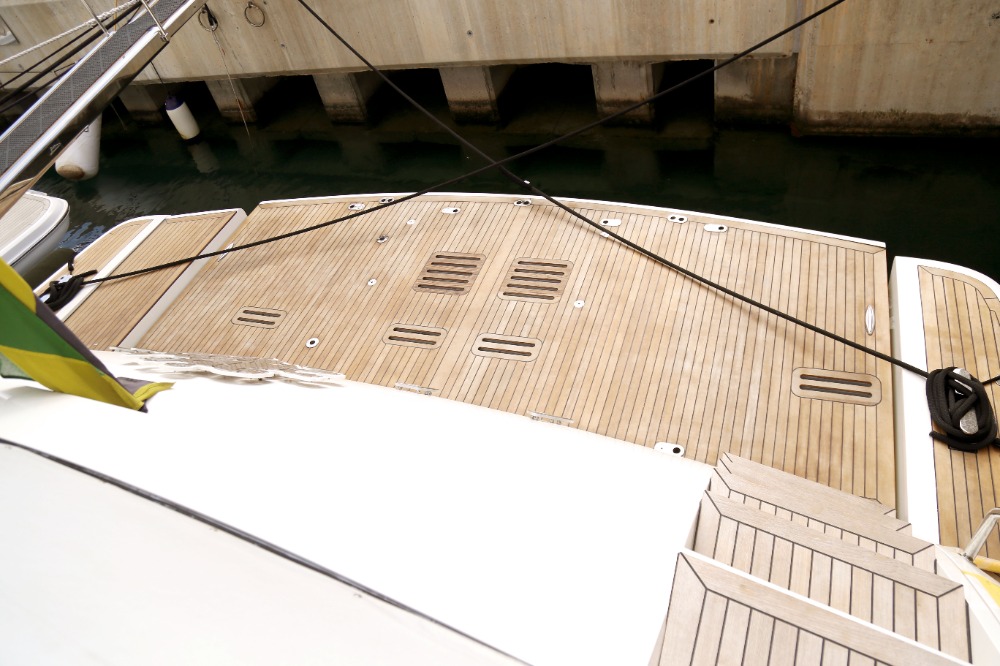 As part of an ongoing series of articles that explores some of the issues relating to the use of teak on superyachts and its alternatives, we speak to the team at MarineMaple to understand whether or not this treated hardwood has a future in the superyacht industry beyond its limited application to date.

“There are of course several alternatives to teak. On the synthetic side, there is flexi teak and the commercial versions thereof, which some of the larger superyachts are using helicopter landing areas and work areas that the owner and guests generally won’t use. There is still nothing like having wood under your foot when you step onto your yacht. Standing on synthetic materials simply doesn’t satisfy the senses as wood does and if the boss doesn’t like it, it isn’t going to end up on the boat,” starts Alan Muir of MarineMaple.

Such has been the desire to replicate teak that alternative woods and synthetics alike have all been designed, modified and created to try and look at feel like teak, with mixed results. The aesthetics of the alternatives, Muir suggests, are actually quite strong across the board, including marine maple, but it is how these alternatives feel that has meant they have had limited uptake in the superyacht market so far. “They still just don’t seem right to the touch,” he says.

“At present, we are yet to complete a whole superyacht with marine maple, but it has been used on passareles, tenders, swimming platforms and so on – so it has already been proven as an alternative. One of the swim platforms has been down for two years and has performed brilliantly. In fact, no one can really tell visually that it isn’t teak like the rest of the boat. There is a slight difference underfoot because the maple is harder than teak, but it still satisfies that desire to feel something natural, as well as meaning that it doesn’t wear as much and is much easier to sustain,” continues Muir. 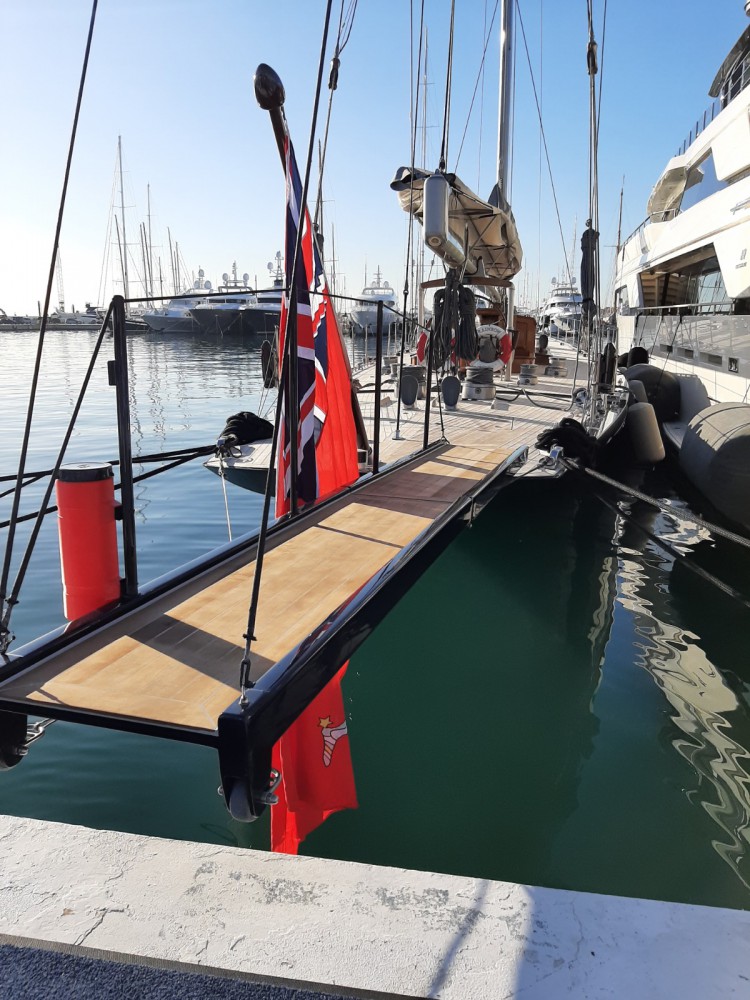 Marine maple is a heat-treated wood, a process that has been used for strengthening wood for centuries, that has been used as a building material in construction, cladding, boardwalks, piers, jetties and flooring. Thermally modified wood has been proved to be strong, durable, chemical-free, resistant to rot and fungus, legal, compatible with caulking and aesthetically similar to teak.

According to Muir, American hard maple is 100 per cent sustainable given that the area of maple grown each year (19.1 metres cubed) outstrips the amount that is harvested (10.2 metres cubed. The wood itself is fast-growing and in the farmed forest of America, one-metre cubed is grown every 3.31 seconds. Given that to deck the average 70m superyachts, including waste, requires 24 metres cubed of maple, it means that you can grow the wood required for the deck in 79.44 seconds.

“Marine maple is currently undergoing tests at two major European shipyards that have confidence in the material and the process, but before they go ahead with a whole project they understandably need to run it through all their necessary tests. We are expecting to find out the results in the next couple of months,” explains Muir.

It should be noted at this juncture that stocks of legally acquired teak still exist at superyacht shipyards, regardless of the fact that it is now illegal to import such teak. However, the environmental and ethical issues relating to using teak have been around for a number of years and have been widely explored and publicised. In brief, extensive felling, illegal harvesting and corruption have decimated the teak forest in southeast Asia. Teak is also used to finance the military junta in Myanmar. As a result, the stocks of Myanmar teak at even the major shipyards are running out and, therefore, the use of alternatives is a case of when not if.

While Muir does not necessarily believe that marine maple will be immediately adopted industry-wide, he does believe that once the first complete yacht project is delivered, requests for this material will begin to snowball. Regardless of industry rhetoric, it is fairly well established that few superyacht shipyards like to play the guinea pig when it comes to the use of new technologies and materials, and the teak issue is proving to be no different.

“There are other alternative products available to the market, some of which showed great promise in their early development, but there are considerations beyond efficiency and legality that shipyards and owners need to be aware of. There is one product, for example, that imports and uses wood from a region of West Africa that is notorious for corruption, child labour and other ethical issues, while others are having issues relating the sharing of information and certification.”

As Muir suggests, it is not a case of just replacing teak with any sufficiently similar product. The moral and environmental cost of teak can’t simply be shifted to a different material, government, people or region. From an ethical perspective, this is abundantly clear, but even cynics who are more concerned about public perception would be best not to jump simply from one morally corrupt region to another, nor indeed should they be in a rush to adopt any alternative that is not able to prove its environmental credentials.

For the teak alternative that manages to break into broad adoption within the superyacht industry, there is a lot of opportunities, but there will also be challenges. Broad adoption will also have an impact on capacity, both in terms of materials and subcontractors. If the use of a proposed material is too different to the processes used for teak, it may be that there is an undersupply of professionals able to service the superyacht industry. If, however, the material is plentiful and the process is similar to traditional decking, then these issues are at least avoided somewhat.

Many alternatives are vying for supremacy at this juncture and only time will tell which product/products will become market leaders.