Andrew Grant Super, managing director of Berkeley-Rand, is paving the way for superyachts and NFTs… 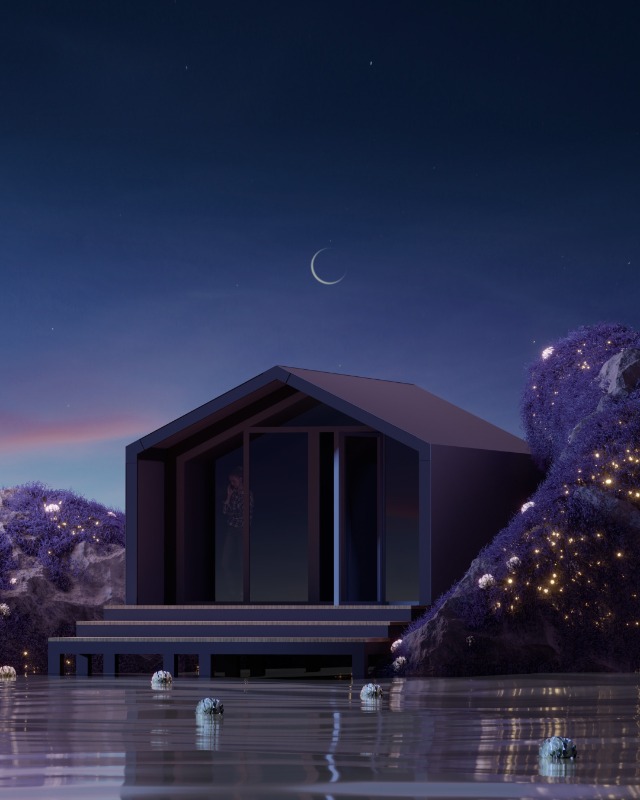 Non-fungible tokens have been in the news cycle for a good few years now. There are those who roll their eyes at the hype, who actively distance themselves from the high stakes of daring, new-found concepts that may or may not become the mainstream. And then, there are those who are vehemently passionate on the subject, in the same way that perhaps a football fan is about their club, or a vegan is about their food. Andrew Grant Super, managing director of Berkeley-Rand, is more aligned with the latter. Super has recognised that there is a market for NFT-loving superyacht owners and believes Berkeley-Rand is the perfect service to facilitate the creation of NFT experiences which can then subsequently be financially incentivised.

Explaining NFT’s to an audience is no simple task, but I will attempt to do so nevertheless in a bid to provide clarity to those who have opted to steer clear of the rabbit hole. NFT’s are digital assets, and they contain identifying information in the form of smart contracts which make them unique. Yes, they can be replicated and copied and shared, but so can physical art, like the Mona Lisa. The non-fungible aspect means they are not divisible, much like a concert ticket - you can’t give or exchange a part of a concert ticket because it would be worthless. They have no tangible or physical value or use, but owning an NFT is high value social currency, the same way a blue verified tick on instagram is or having lots of Twitter followers. NFT’s are an emotional purchase, nobody needs one, but they are something that not everyone can have, they are new, exciting, and cool, and provide owners with a high degree of social status… kind of like a superyacht does. 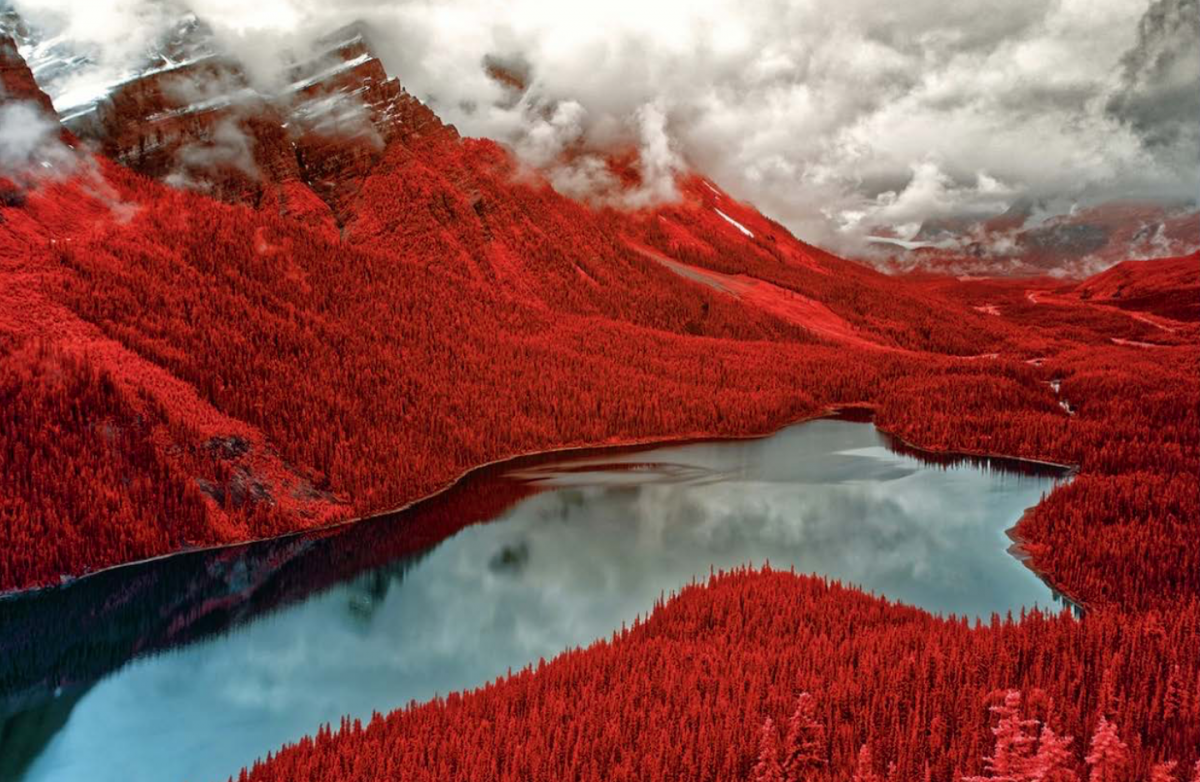 First and foremost, Berkeley-Rand is a design and engineering house. Their focus is to provide experiential superyacht expeditions in remote locations. Berkeley-Rand’s proposition is unique to the superyacht market for the simple reason that its focus is to use immersive technologies such as augmented reality and artificial intelligence to enhance how those on board experience a destination. The technology is an antidote to ‘bored billionaire’ syndrome. Say an owner is sitting on his yacht on the coast of Mexico, near Yucatan, and wants to know what it was like when the asteroid hit that made all the dinosaurs extinct. Through the use of immersive technology and augmented reality, they can show the owner what it would have been like to be there when that historic event occurred. Super explains how these experiences can be translated into the NFT world,

“We can use the actual blueprint documentation of these experiences, which are obviously completely unique, and we have figured out how to use this experience and build something from it with all of the memories involved. Then, if it's the choice of the commissioner, they have us make that into an NFT. We believe that there is a market out there for fellow billionaires to go into an auction and potentially buy that NFT.”

Berkeley-Rand, named after the location of its conception - Berkeley square in Mayfair, and ‘rand’ a 16th century word of Germanic origin meaning ‘The edge’, pride themselves on being a company with a disruptive model. With regards to NFTs, the conversation with clients begins by telling them that they can make money from these unique experiences. “People always ask us, ‘when you finish this augmented reality programme, what do you do with it?’ And we're like, ‘you paid for it yourself, you've got it’. And then they think, what am I going to do with it and who's going to want to buy it? So the first thing to understand, is that the narrative is incredible. Secondly, if you attach a name to it, it's now got provenance. Because we can explain that as a child this owner loved astronomy and wanted to travel to the stars and we brought the stars down for them using augmented reality, making a child's dream come true. So forty five years later you’d want to share that experience with the world. There's people out there that want to buy that. So the owner can then earn royalties from it, they can licence it out and create a connection to an NFT. This becomes a currency, a way of transacting to people making money from something you already invested in.”

As Super points out, the industry is incredibly hard working, but the companies operating within it are very siloed, and tend to operate in a reactionary manner. As he puts it, “If it's not right before them between the eyes, if it's not relevant at the moment, they tend to not take action.” Super has taken note of how when he discusses these topics with certain individuals, he is met with glazed eyes. But what too many stakeholders don't realise is that many of their clients who are operating in the upper stratosphere of the wealth bracket are already seriously trading in the NFT space. And if they're not, they’re sons, daughters, and next of kin most likely have an interest in it. It’s not to say that there is a phobia of the new-found tech concepts, but it is a space that is so radical and fast-paced, it is understandable that some feel it’s too high of a risk to tackle something which is constantly taking shape and evolving.

On that note, Supers vision for the next five years is, at the very least, food for thought. He believes that, “Cryptocurrencies will be a major source of payments for all services, not just the purchase of yachts, but all services. It will be part of the transactional dynamics of every service company and every private company in the industry. Secondly, the owners will begin to see that everything, not just their yacht, but everything, is marketable and monetizable as an asset with NFT’s being the channel to do so. I think, and this is probably my most controversial thought, that autonomous capabilities will bring about “the big replacement”. This is where certain staff won't be required and will be replaced by technology, machinery, technology capabilities, transactions taking place, and more remote engagements so they won't be fixed."

Super continued with a concluding final statement, “Superyachts won't be fixed to a location like a port or a marina. They could be out at sea and still receive some kind of service engagement with the metaverse. We will all be around the world, eventually using not just avatars but holograms, signing contracts, deliberating, and creating business remotely. Many of the day-to-day companies that you see today will have a metaverse version with capabilities and services in that digital space.”

Whimsical speculation is not only quite a fun activity, it’s an important facet of business, and necessary for future-proofing. Super’s enthusiasm and deep understanding of how digital concepts align with the superyacht industry shines a light down a future path that many stakeholders have simply decided to avoid. But embracing this world, in the same way that Nike, Coca-Cola, and the NBA have, could be a move that is ultimately worth while. You can’t help but feel that there is a slight communication gap between the superyacht industry and possibly the next biggest pool of potential clients - Self-made millennials working in the tech industry. With trailblazers such as Super in the fold, there is hope that this gap can become somewhat bridged before it widens beyond reach.

What can I get for my money?