SuperyachtNews.com - Technology - Is it a bird? Is it a drone? 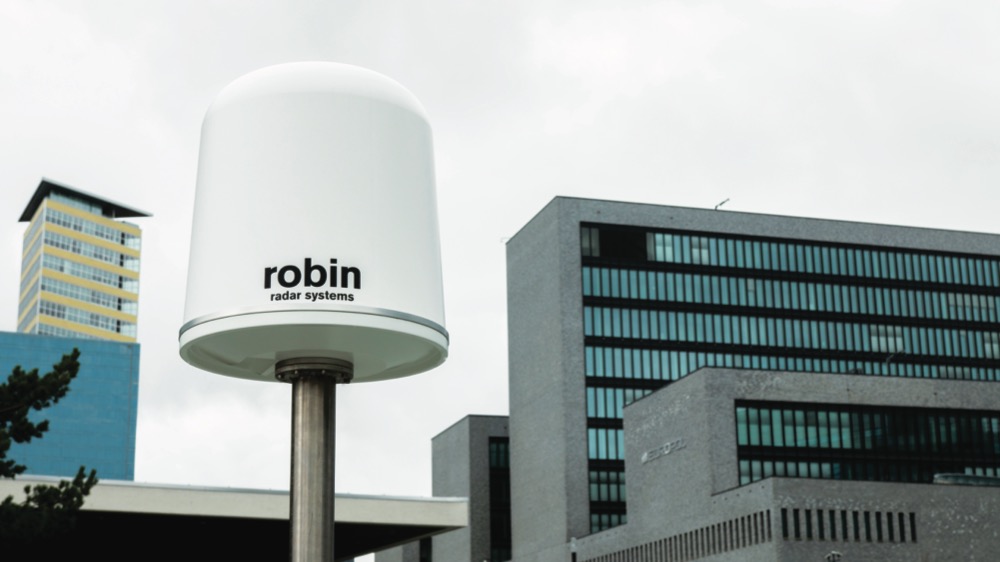 In the majority of cases, ‘normal’ radars cannot detect small objects, such as birds, because they are not made to. In the modern world, however, small objects can often be the most threatening and certainly should be detected as early as possible and tracked. As drone technology is here to stay, Robin Radar has now launched the world’s smallest 3D drone tracking and classification radar, with an impressive track update rate of one second.

There are two challenges to consider when it comes to small objects and radars. Being able to actually detect such small objects is the first challenge, but as a radar is not a camera, in most cases it’s not a small object being  detected, it’s a bird. The second challenge, therefore, is to distinguish birds from drones, preventing false alarms.

“It’s a special skill to be able to detect, track and classify drones,” begins Siete Hamminga – CEO at Robin Radar Systems. “We do this in an innovative manner using radar technology together with advanced micro-doppler technology in one sensor, whereby we look at speed differences within the object, and those speed differences come from the presence of rotor blades.”

Robin Radar’s latest flagship radar, IRIS®, launched in November 2020 and is a 3D purpose-built drone detection, tracking and classification radar that can automatically distinguish birds from drones –  a world first. “Almost all radars out there that are capable of detecting drones either focus on tracking OR classification, not both,” emphasises Hamminga.

IRIS® does this as it features two radars back to back, similar to the lights within a police siren. “This design means we hit the target twice in every rotation, enabling us to do unprecedented tracking and classification.” (More info on www.irislaunch.com)

With 360-degree azimuth coverage and elevation coverage of 60 degrees, IRIS® provides early warning of approaching drones in all directions, giving those in the drones’ pathway time to react. “We now have over 800 systems being deployed, mostly in Europe, but recently we made our first deployments in Australia and Asia,” comments Hamminga on the growth of Robin Radar.

“We came to realise when working in the defence and security industry that VIPs are a relevant market. Navy ships, for example, are sensitive if they are anchored and not able to switch on large radars in a harbour setting. We then also received attention from large-yacht builders, who often have VIPs present who need privacy.”

Orders are now being placed for IRIS®, and the first batch of deliveries will be from April 2021 onwards. “The maritime industry is a new market for us, but based on responses from the maritime world such as superyacht builders, this product is really relevant to them to ensure added levels of privacy and protection,” Hamminga reiterates.

“Drones, as a platform for hacking devices, can also be used to hack or disturb; for example, the WiFi routers of these vessels collect mobile phone data or other information from electronic devices on board so the radar also provides an element of cyber security, protecting them from remote intrusion,” adds Bill Haraka – defence and security business developer at Robin Radar.

Drone threats are dynamic, so as the technology of a drone improves, it is necessary to stay up to date in how to combat them. When it comes to having invaluable cargo on board a multi-million-pound vessel, both in terms of the belongings on board as well as people, the superyacht industry must be prepared to protect itself with innovative technology such as IRIS®.

The case against covert monitoring

Cyber crime: 'It happens to superyachts'

Protecting parties on board

MarineGuard teams up with Drone Defence