SuperyachtNews.com - Technology - Back to the future

Back to the future 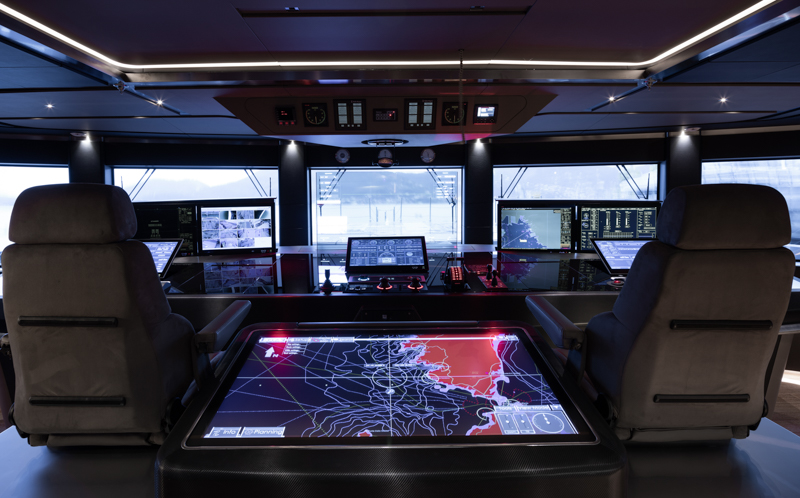 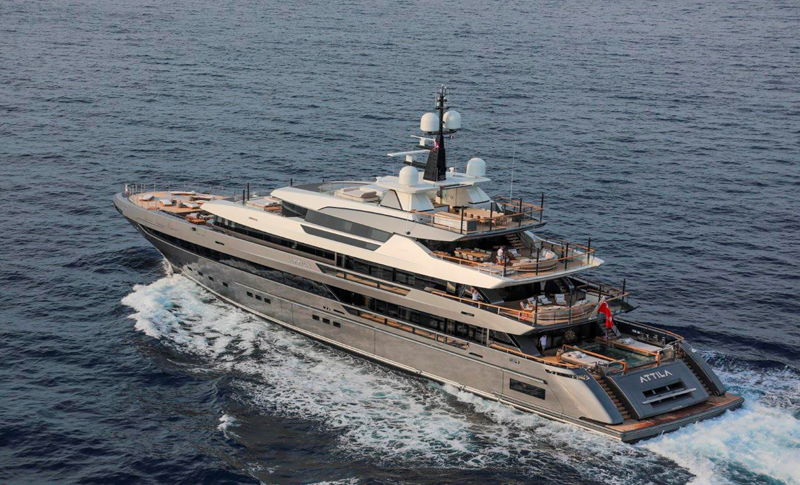 In May 2016, an integrated dashboard system was merely a futuristic ‘Star Trek’ concept, according to issue 169 of The Superyacht Report. Further to constant investments and research, it is safe to say that the future is now, as Team Italia provides a working example of its innovative ‘I-Bridge®’ on board Sanlorenzo flagship, Attila.

As reported by a member of The Superyacht Group in issue 169, 2014 saw the beginning of the voyage towards TEAM Italia’s ‘NextGen’ solution. “[In 2014] we began presenting our NextGen solution, which is moving in the ‘spaceship’ direction,” said Massimo Minnella, currently Sales Manager at TEAM Italia SRL. “Interactive displays have always been the basis of our I-Bridge product. We are also assessing and testing the possibility of actually using transparent screens on a bridge.”

Featuring a transparent Head-Up Display, Team Italia’s I-Bridge® is now on board the Sanlorenzo 64Steel Attila, showcasing Team Italia’s tireless research for technological innovations that were once a pipe dream...

Featuring a transparent Head-Up Display, Team Italia’s I-Bridge® is now on board the Sanlorenzo 64Steel Attila, showcasing Team Italia’s tireless research for technological innovations that were once a pipe dream.

According to TEAM Italia, the recently launched I-Bridge® includes not only a 55' transparent Head-Up display - a solution that harmoniously balances functionality with safety at sea, but also the I-Chart - an exclusive TEAM Italia electronic chart table.

The I-Bridge® was developed and tested entirely in-house, in order to guarantee the handling of the control interfaces and simplified management of the on-board systems. “This was also achieved through integrated monitoring systems developed by Onyx Marine Automation, a TEAM Italia group company,” reported TEAM Italia.

In 2016, Minnella advised The Superyacht Report that “safety must always be the main focus when creating an integrated bridge,” which is reflected in the new solution’s Head-Up Display. The display presents navigation data on the transparent screen ensuring that the Captain can easily check all the information needed and still keep fully focused on steering the yacht.

Another core component of the construction identified by Minnella four years ago was ergonomics, backed by the correct technological innovations. “The perfect balance of features, such as technological and ergonomic innovation, determines the usability of the bridge. Also, safety must be supported by the correct engineering, including those parts under the console that cannot be seen but are the heart of the system,” he said. Adhering to his former beliefs, the Italian company worked according to the architecture of distributed electronics, which allowed for more space by using a sleek design while still ensuring a high level of safety on board.

Minnella believed that the evolution in satellite communications would result in future captains being able to use instructions and directions from base in order to monitor and even control on-board operations, particularly in critical situations, which the I-Bridge® solution has now made a reality. The transparent display allows the main data to be overlaid - such as route, waypoint, AIS and ARPA targets - with the actual navigation scenario, in addition to providing all the other useful information.

Lastly, all those years ago, Minnella emphasised that “Bridge integration must be able to provide the decision makers, who are still the captains as far as we’re concerned, with increasingly more accurate information, and do it fast.” A testament to this promise, the solution now onboard the Sanlorenzo 64Steel Attila highly differs from augmented reality systems, where the data is overlaid onto an image from a camera.

The achievement of the I-Bridge® solution by TEAM Italia is reassuring in a time where many futuristic ideals are being envisaged to keep up with an eco-conscious and technologically-dependent consumer base, and are often promised with no follow-through or realistic timeframe. Investment, planning and over four years of research has allowed for the creation of aesthetically pleasing technology that also provides safety and simplicity for contemporary superyachts.

Integrating artificial intelligence on board

From Nevada to Davos – Hot topics from CES and WEF