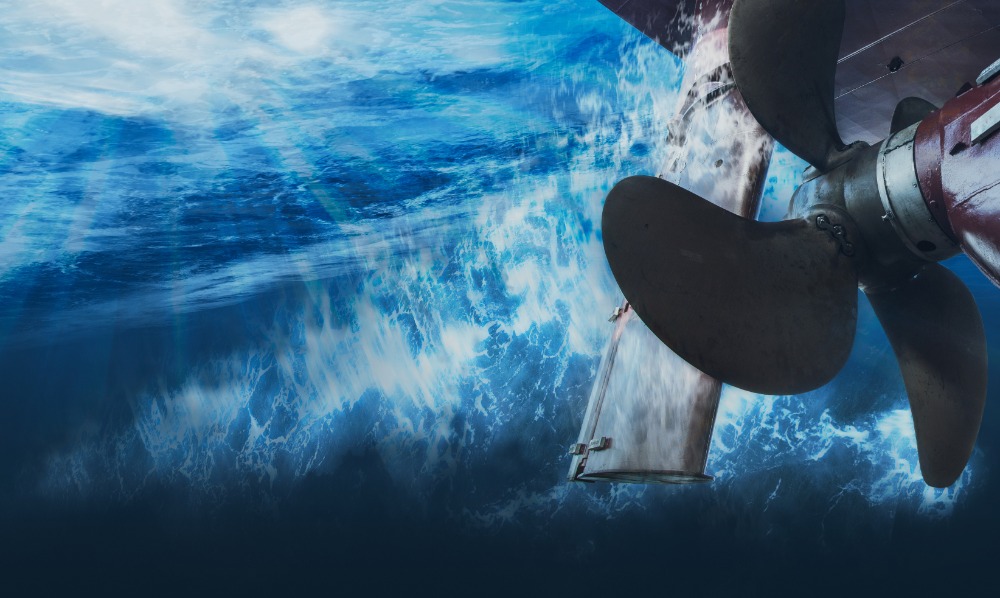 Underwater radiated noise (URN) is one of the most adverse environmental by-products from the maritime industry. Increased levels of noise, especially in the low-frequency range, disorientates marine fauna and disrupts their communication signals, leading to behavioural changes, death or even local extinction. Yet, unlike other forms of marine pollution, there is no legislation in place to prevent this type of environmental damage.

URN originates from various sources on board a vessel, with propeller cavitation, especially tip vortex cavitation (TVC), considered to be the dominant source. Oscar Propulsion, an innovation and technology-transfer company focused on improving blade-based propulsion in water and air, has developed the patented PressurePores technology to greatly reduce propeller TVC and URN.

PressurePores involves the strategical placing of a relatively few small holes in the tips of propellers where TVC is generated. The system has a major mitigating effect on TVC and URN with minimal loss of efficiency in normal operation. Developed with Strathclyde University’s Naval Architecture Ocean and Marine Engineering Department the technology is now available to propeller designers, shipbuilders and shipping companies. 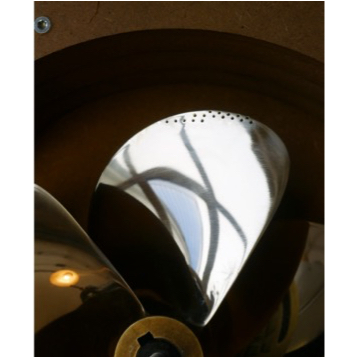 While introducing holes in propeller blades to reduce cavitation is not in itself new, achieving high levels of noise reduction by strategically placing holes and maintaining efficiency is. “People have been trying to put holes in propellers for a long time, but have not been able to do so without affecting the efficiency of the propeller or achieving a substantial noise reduction,” explains David Taylor, CEO of Oscar Propulsion.

PressurePores originated from an Oscar Propulsion-commissioned study with Strathclyde University designed to explore the merits of implementing pressure relieving holes on marine propellers, with the aim of reducing TVC and URN. To accomplish this, comprehensive computational fluid dynamics (CFD) based simulations were conducted.

The project aimed to find the optimal arrangement of holes in terms of number, shape, size and distribution for any propeller type. Through CFD modelling, it was discovered that the optimum number of holes could be as few as 17 per blade tip so long as they were placed in the most effective positions. “It’s not a case of simply drilling holes into the blades, as this will affect the propeller’s thrust capability and efficiency,” adds Taylor.

The technology is very applicable to superyachts, not only for its ability to substantially reduce underwater noise, but to increase passenger comfort levels as well...

PressurePores can be incorporated into new propellers or can be retrofitted to existing propellers either in drydock or possibly in-water. The technology can be applied to all types of propellers, including pods and thrusters and is very applicable to superyachts, not only for its ability to substantially reduce underwater noise, but to increase passenger comfort levels as well.

“On the whole, superyachts have traditional propeller design, so the technology could be applied on superyachts in the same way as any other vessel,” advises Taylor. “For a superyacht, a major benefit of PressurePores would be increased guest and crew comfort. As well as making noise, propeller cavitation causes pressure pulses against the hull, which causes vibration, so PressurePores increases comfort by reducing both noise and vibration levels.”

URN is now being recognised as a growing environmental problem. Ports and harbours around the world are starting to introduce regulations for noise levels. One example is the Port of Vancouver, where incentives in the form of port fee reductions were introduced in January 2017, allowing the Vancouver Fraser Port Authority to contribute to managing the impact of noise from shipping activities on at-risk whales throughout the southern coast of British Columbia.

IMO regulations regarding URN levels might also be in the pipeline which, if the case, could mean PressurePores is a game changer. “If the IMO knew that there was a technology available that could quieten all boats inexpensively, it could make the regulations mandatory now,” asserts Taylor. “We believe we have the solution to the problem of noise from shipping.”

So far, industry reaction to the technology has been positive. “We have to accept that the industry is very conservative when it comes to propellers as they are a very important part of the vessel,” explains Taylor. “But we have had meetings with propeller designers and manufacturers where we have been able to address each one of their concerns.”

Oscar Propulsion is now looking to license the technology for manufacturers to apply to propellers around the world, and is planning a trial with a major superyacht manufacturer this year.