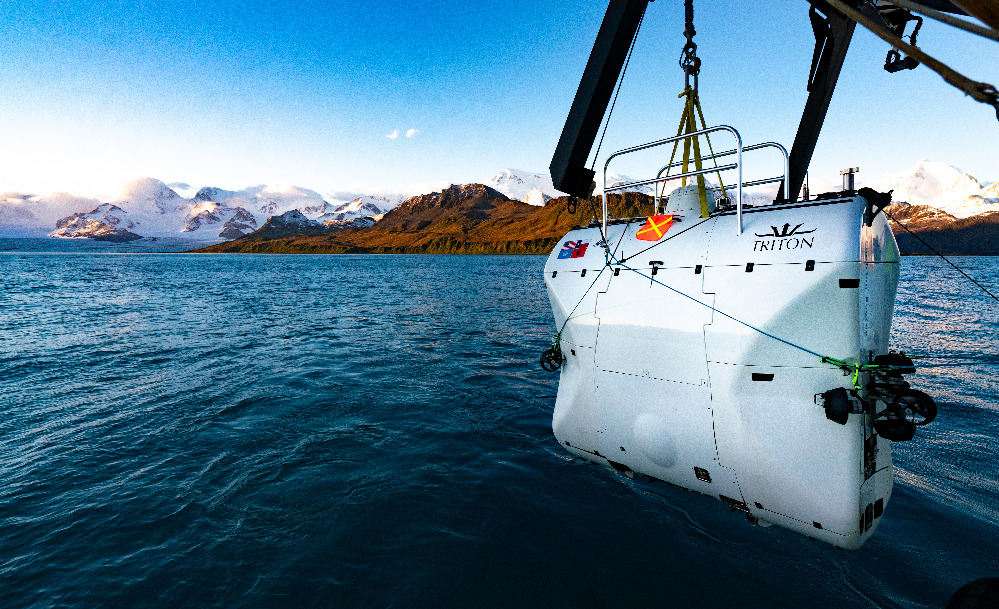 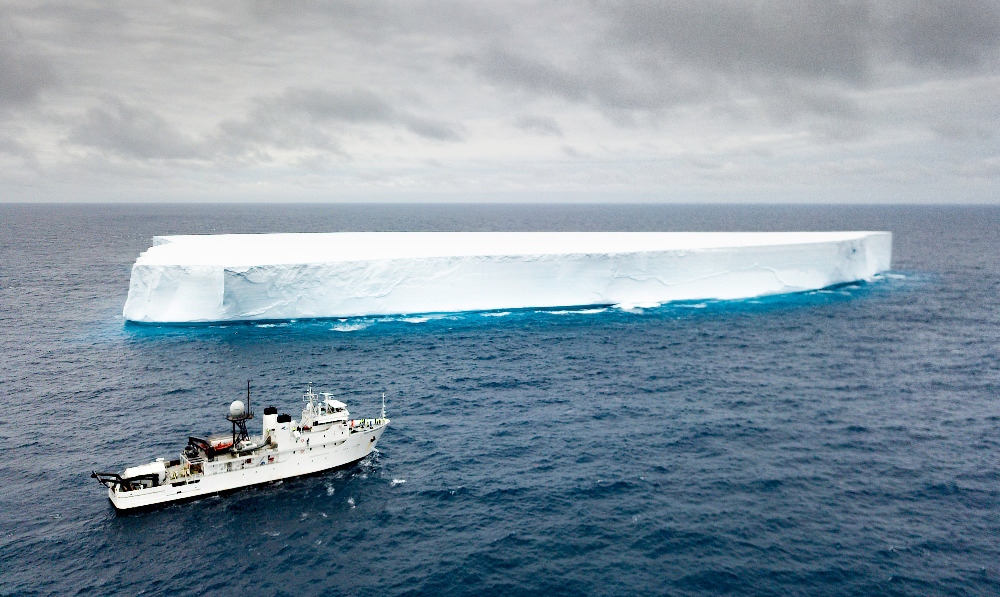 In December of last year, serial adventurer and former Navy officer Victor Vescovo, Caladan Oceanic, became the first human to dive on a solo mission to the deepest point in the Atlantic Ocean – 8,376m to the bottom of the Puerto Rico Trench in his Triton submersible, named Limiting Factor. Just a few days ago, Vescovo became the first human to dive to the deepest point in the Southern Ocean – in the southern portion of the South Sandwich Trench – at 7,433m. No human has ever dived the South Sandwich Trench, located north of the Antarctic continent, which is the only ‘subzero Hadal zone’ (meaning it’s deeper than 6,000m) in the world.

It’s not just adventures under the water that Vescovo has taken part in. In 2017, Vescovo became the 12th American to complete the ‘Explorers Grand Slam’, an accolade that requires climbing the highest peak on all seven of the world’s continents (including Everest), and skiing at least 100 kilometres to both the North and South Poles.

If all dives go to plan in 2019, Vescovo could become the first person in history to have been to the top of all the world’s continents as well as the bottom of all its oceans. So what is driving him to do all of this? “It seems like a symmetrical adventure,” he remarks in a conversation with SuperyachtNews. “From doing so many terrestrial [activities] and going up mountains, to now go down, because no one has ever really done that. It’s a simple answer, but I love the symmetry of the two directions.”

This incredible journey started over three years ago when Vescovo approached Triton Submarines to see if they could build the vessel he needed to visit the deepest parts of the ocean. “Speaking with them, they felt that it was something that was doable, and over the next six or 12 months, we created a design contract, worked through some of the major technical decisions and proceeded in the construction of our submersible that is currently diving.” The submersible Limiting Factor is made of titanium steel, which although has been used before in similar vessels, has never been made to travel to full ocean depth. Vescovo explains that titanium is strong, but also light and resistant to corrosion.

Vescovo reports that he was ‘stunned’ to find out that no human had ever been to the bottom of each of the four oceans. “My interest [in the ocean] has grown over the last several years, so I’ve joined the bandwagon of people that have the means to support the research of the oceans, a lot of us who are fortunate enough to have these means, discover the scientific monetary support for oceanographic research is quite limited. It certainly doesn’t get the same notoriety or support that space missions or other terrestrial missions get. So private individuals, it appears, are stepping forward to fill those gaps.” This echoes comments from individuals including the Kjell Inge Røkke, who is funding the Research Expedition Vessel and Ray Dalio, with Alucia and Alucia 2.

"My interest [in the ocean] has grown over the last several years, so I’ve joined the bandwagon of people that have the means to support the research of the oceans, a lot of us who are fortunate enough to have these means, discover the scientific monetary support for oceanographic research is quite limited."

As part of these expeditions, Vescovo and the Triton team has invited a number of scientists and researchers on the ship. “I was not fully cognizant of how interesting this adventure would be to the scientific community,” he remarks. “I knew it would have some interest, but Triton and EYOS expeditions told me, ‘Victor, what you’re doing is quite extraordinary, and there is a lot of scientific interest in this. You’ll be going to five of the deepest places on the earth, with measurement tools and a brand-new sonar that is able to map the bottom of the ocean, no one has ever done this before! You really need to reach out to the scientific community to see if they want to come along.’ I said, ‘Sure why not? Since we’re going to go there anyway’. The cost of having these people on board would be relatively minor for me.”

Vescovo sees the adventure element and the scientific collaboration as entirely complementary. “It’s a technological mission, [to prove that you can] can dive anywhere in the world, repeatedly and reliably. That is my main purpose. Also, there is the scientific aspect part of the mission that goes right alongside it and allows scientific research.”

The details of what was discovered on the two initial dives are still being kept under wraps, as the expeditions are being filmed for a Discovery Channel documentary series (to air next year). However, Vescovo reveals that on the first dive, the team believe that have discovered four new species of animal.

In addition to filming the expedition, the findings of the dives will be published. “We have a very open ship, and we are trying to make all the data that we collect available [to everyone]. None of this is for any type of commercial benefit, for myself or anyone associated with me. It’s very much a public research expedition. It’s a wonderful benefit for me from an adventurer standpoint to be able to visit these exotic locations,” adds Vescovo. “No one has even come close to what we are doing in terms of mapping, sediment samples and diving. [Mapping] all five of these remote locations within a ten-month time period provides an extraordinary baseline scientific data for future research.” For the scientific community, it is invaluable to achieve this baseline in order to study changes or developments in the future.

It’s unquestionable that the achievements of these dives are remarkable, and will have a significant impact on the scientific community. In our conversation, Vescovo stresses the many parties that have been involved in this process, who are not often at the centre of the narrative. “Everyone focuses on the dives, naturally, as that’s the big event. But the amount of organisation and work that has to be done for logistics, to assemble the team, to get all the permits, to refit the support ship… All of these innumerable details have been an extraordinary amount of work by myself and the team, and that really is the real crux of the expedition.” When describing the expedition, he uses the analogy of a “start-up of quite a considerable size”, with its various facets and moving parts. “There’s a reason why no one has even tried it before, because it’s really hard organisationally to get all of this done. The quiet, unsung aspect of these major expeditions that people take for granted that are very difficult.”

The next dive planned for the Five Deeps Expedition is the Java Trench, which is believed to be the deepest point in the Indian Ocean at 7,290m. Reflecting on the first dive, Vescovo is hugely proud of how much the expedition has achieved already. “I can’t describe what it’s like to go down in the Puerto Rican trench, down to 5000m, in a vessel that didn’t exist three years ago. It was a feeling of accomplishment, and not just for me, but for the whole team.”