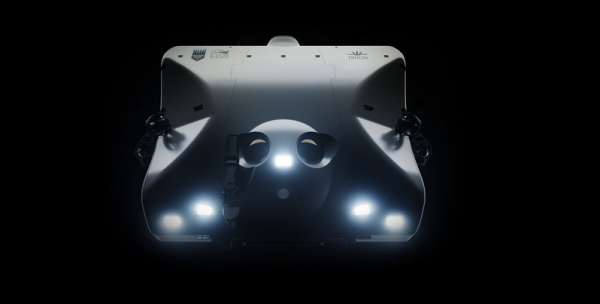 Triton Submarines, the luxury submersibles manufacturer, has announced its latest venture, The Hadal Exploration System. This latest technology will enable submersibles to reach some of the deepest points in the ocean, as part of the ‘Five Deeps’ Expedition.

The Hadal system is the result of a collaboration between explorer Victor Vescovo of Caladan Oceanic, EYOS Expeditions and Triton. Vescovo (who will pilot the sub) has climbed the world’s seven highest mountain peaks and trekked to the North and South Poles (aka ‘The Explorers Grand Slam’). “The collaboration between Triton Submarines and Mr. Vescovo began three-and-a-half years ago when we started the concept design process,” explains Patrick Lahey, president of Triton Submarines, in a conversation with SuperyachtNews. “One year later, we presented our final design along with a detailed budget and delivery schedule, which resulted in the award of a two-year manufacturing contract.”

Vescovo, surprised that no explorer had ever ventured to the bottom of the world’s four oceans, was keen to create equipment that would enable scientists, researchers and explorers to visit these previously undiscovered places. “I thought it would be a great goal to push the absolute limits of marine technology. Our team includes the brightest and best in engineering and oceanography, who have worked to create the most advanced submersible of its kind and will undergo the ultimate series of dive challenges. We sincerely hope to make history both technically and scientifically on this expedition,” he remarked, in a statement to the press.

"Our team includes the brightest and best in engineering and oceanography, who have worked to create the most advanced submersible of its kind and will undergo the ultimate series of dive challenges."

For Lahey, collaborating with EYOS was a natural fit. “We had worked extensively with Rob McCallum and EYOS on numerous projects for our other clients and knew him to be the best in the world at organising and executing all of the critical details, which are a part of a complex expedition to obscure and geographically challenging destinations.”

Outlining the details of the new submersible, Lahey illustrates the advancements that Triton have accomplished. “One of the most significant aspects of the Full Ocean Depth (FOD) Triton 36,000/2 submersible (named Limiting Factor or LF by Mr. Vescovo) is the accreditation this craft has with DNV/GL. The LF is the first certified manned submersible capable of diving to 11,000 metres or 36,000 feet.” He adds that everything needed for this model needed to be developed specifically for its upcoming missions, as none of the technology was available. These missions include the Puerto Rico Trench, Atlantic Ocean (8,648 metres deep), the South Sandwich Trench, Southern Ocean (8,428 meters deep), the Java Trench, Indian Ocean (7,725 metres deep), the Mariana Trench/Challenger Deep, Pacific Ocean (10,898 metres deep) and the Malloy Deep, Arctic Ocean (5,669 metres deep).

For Triton, the surge of interest in the health of the oceans can only be a positive step for the industry (and wider world). The Triton team have found that owners who previously would have used their submersible for private use are more open to the concept of contributing to wider conversations. “Even if a client initially acquired a submersible for recreation, being able to conduct scientific missions, make videos, collect samples and a whole range of other activities is an exciting prospect, particularly when you consider they might be diving in a place where nobody has ever been before,” says Lahey.

“Even if a client initially acquired a submersible for recreation, being able to conduct scientific missions, make videos, collect samples and a whole range of other activities is an exciting prospect, particularly when you consider they might be diving in a place where nobody has ever been before.”

As illustrated by Vescovo and his passion for exploring the deepest part of the ocean, Triton and its submersibles tap into the explorer in each of us. “Each time you dive in a submersible below standard scuba depths, you become a genuine explorer in the true sense of the word, because you are probably seeing something that nobody ever has before, which is thrilling.”

Triton returns as a partner for The Superyacht Forum, held next month in Amsterdam. For Lahey, the event is a key place to meet with industry professionals and discuss the market.  “We have always found The Superyacht Forum immensely valuable because it allows us to connect with the builders and designers of yachts in a format that is intended to answer questions and work through challenges,” he remarks.

He explains that The Superyacht Forum is also the opportune environment to establish productive relationships with some of their key partners. “In our case, the integration and practical operational realities of incorporating a submersible aboard a vessel require collaboration. A submersible aboard a yacht is still a relatively new idea, but with careful thought, planning and execution, yacht builders working together with submersible manufacturers like Triton can optimise these types of installation to ensure the end result is practical, effective, efficient and attractive.”

The Hadal Exploration System is a prime example of the technological advancements taking place in our market to better comprehend (and protect) the health of the world’s oceans. By giving superyacht owners the opportunity to have these submersibles on board, Triton can engage with those passionate about the ocean, as well as the scientific community hoping to save it. “We need to explore and better understand our oceans, which supplies the majority of oxygen we need, controls our weather and is the primary food source on our planet,” concludes Lahey.

To find out more about The Superyacht Forum, click here.