The curious case of Amadea

With the 106m Amadea now sailing away from Fiji under a US Flag, the complex story of this seizure charts a consequential course for the industry… 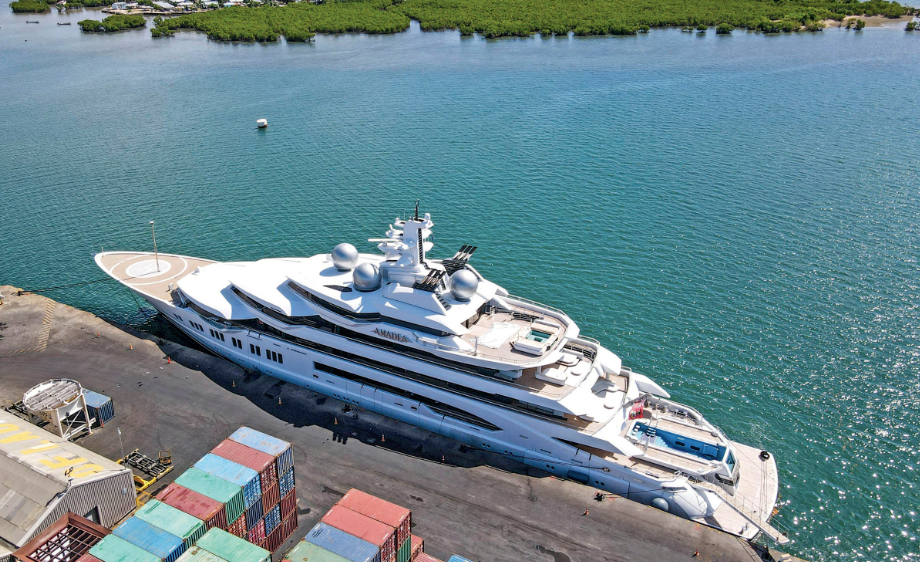 After months of postulating and positioning the long arm of the US judicial system has flexed its muscle and seized the 106m Lürssen Amadea. The convoluted timeline of clandestine crossings, sanctions, warrants, counter suits and now seizures reflects the evolving nature of the West’s willingness to follow through with its rhetoric.

The case itself seems to have pushed all of the pressure points that the hastily implemented system of seizures and freezing of assets has presented. The last few months, and especially the case of Amadea, have exposed the strengths and weaknesses in the legislative framework by which superyachts are being confiscated, as well as the limits and reach of international cooperation between allies.

The image of Amadea finally leaving Fiji with an American flag on the stern, is a powerful one. The US Justice Department's Taskforce KleptoCapture has been implemented to capture Russian assets worldwide, and now appears the most actionable of all collective western efforts to apply pressure to the Russian political class. Despite court injunctions, when, as seen below in a speech by US President Joe Biden, Fiji and the seizure of Amadea were mentioned, it became clearer that this was more than a token gesture from the US officials.

What happens to the vessel next is now open for debate, with assumptions ranging from complete sale to fund relief efforts in Ukraine, mothballing at a US port, to scrapping the vessel entirely. The intention of these seizures is to aggravate and financially cripple the Russian oligarchs and by extension apply pressure on Putin's regime. These men love their boats, but the intense media attention on the yachts, their fates and the ownership structure may be distracting from the intended outcome.

The case of Amadea remains the most intriguing. Why it sailed to Fiji with no clearance or authorisation seems the first point of contention. With a statement on the judgement coming from the Fiji High Court, who ordered that Amadea "sail out of Fiji waters", because having it berthed in Fiji was "costing the Fijian Government dearly, the vessel has sailed into Fiji waters without any permit and most probably to evade prosecution by the United States."

The cost incurred by the Fijian government was always going to be covered by the US State Department, in line with policy, but it was still a significant cost to the island nation. Various figures have been brandished, but Fiji media reported somewhere close to 1 million Fiji dollars per week (roughly half a million USD). There has been a reductive association that this is a calculation based on the estimated running costs for a €300 million vessel – somewhere close to €25 million a year, ergo $500,000 a week. This figure and calculation have been haphazardously applied to many other yachts that are currently seized or frozen worldwide.

However, the Amadea calculation also took into consideration the loss of income from the loss of commercial dock space in the port of Lautoka. This is, in many ways, more consequential for the Fijian economy, but somewhat separate from what has been widely termed ‘the running costs of the yacht that the local government is picking up.'  I don’t have access to the ship's finances (perhaps the freedom of information act will have them available soon), but I doubt that keeping the generators running and the ship's essentials in operation was costing half a million a week.

As reported by The Economist, the collective efforts of western allies have so far blocked, frozen or seized $400bn USD in assets and currency. With the roughly €700 million attributed to the Putin affiliated Scheherazade, plus the list of other high profile yachts under sanction, superyachts comprise a significant part but are not the complete financial picture.  However, this is not the image that one may take away from most news coverage. The oxygen sucking wildfire of media attention on the industry gives the impression that the seizure of superyachts is the financial sledge hammer that will break down the Russian kleptocracy.

With Amadea's story potentially approaching a conclusion, the fact remains that after much speculation, it is now evident that the US is willing to implement its significant influence beyond its borders and take the notion of seizure of superyachts through to its definitive conclusion.

The legal battle over ownership semantics is not over, with lawyers still contesting the ultimate beneficial owner, but it seems to be a legal last stand destined to fail. Who will buy a yacht such as this, or whether the US is concerned with attempting to keep it operating as a superyacht, is the next question. As we watch eagerly where the US will take Amadea, I wonder, if the pain is the point of these seizures, perhaps inevitably we will see the yacht scrapped.