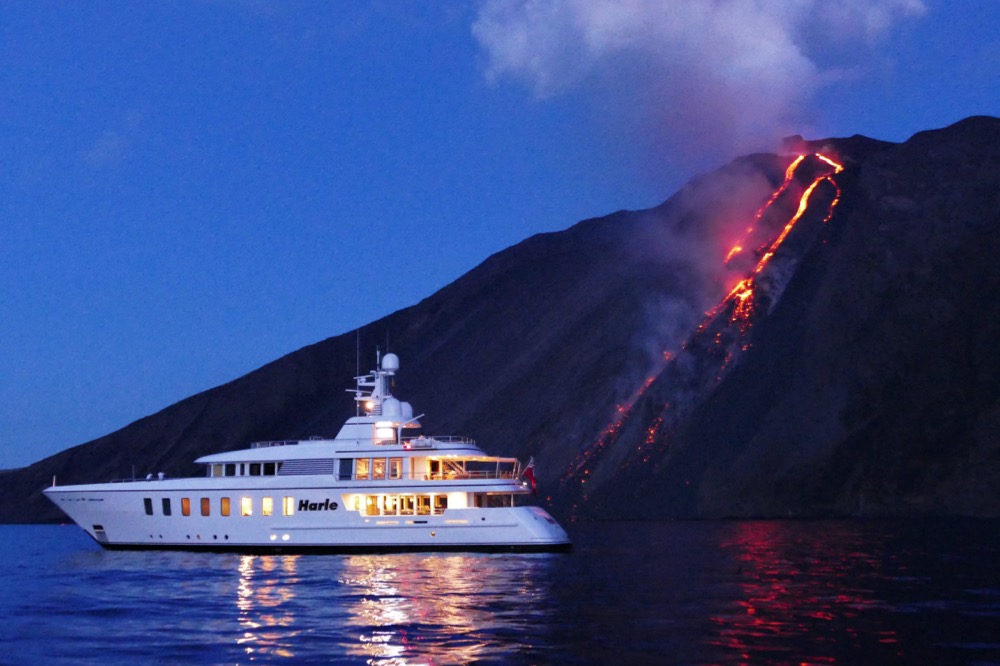 Cookson’s yachting team have access to a variety of superyachts with submersible capabilities and is now offering clients the opportunity to seek out experiences such as these research dives, building similar itineraries and intertwining conservation projects as part of their trips to Italy.

In our latest printed report, The Pacific Superyacht Report, we delve into the discoveries which were made as a result of Paul G. Allen’s persistence and innovative approach to superyacht ownership, such as the discovery of USS Indianapolis and USS Lexington.

The chartered M/Y Harle provided the team a platform from which a submersible explored the waters off the Gulf of Naples and the Tyrrhenian Sea, and reportedly unearthed a number of major biological, historical and scientific discoveries.

“It took our travel specialists months of negotiation with various authorities to attain the permits to dive at these sites. That is the precision of our team, and they follow this meticulous approach to handcrafting each of our adventures, according to specific client demands. Our experts can take guests on an unprecedented journey of discovery, with world-leading experts able to accompany them to bring findings to life. It’s about turning a yacht cruise into a story that will last a lifetime” comments Adam Sebba, CEO of Cookson Adventures.

“The dives in the seas off Italy and Sicily have unearthed many incredible findings, such as shipwrecks, including ancient and Second World War ships, that are yet to be visited by humans” he continues. “With numerous private submersibles in the region that could be used to further our understanding of the history and biology of the area, we are itching to go back and give more guests access to this unique and enriching experience. We are also examining the use of submersibles in other areas of the world, such as the Caribbean, where undiscovered wonders lie in wait.”

Almost unseen below 100m, the wall of Sant’Angelo is located just off the island of Ischia, is a natural underwater cliff descending to 200m below sea level and is inhabited by marine communities untouched by humans. The diving adventure into these waters via submersible with a researcher from the Stazione Zoologica Anton Dohrn, a Naples-based research institute, has provided new insight into these marine communities and the biodiversity of the depths below typical scuba diving limit (usually 40m – 60m).

The dive uncovered untouched populations of the precious Corallium rubrum (red coral), which has been used to make jewellery since antiquity, as well as findings in the form of high density, centuries-old colonies of alcyonacean (soft corals). 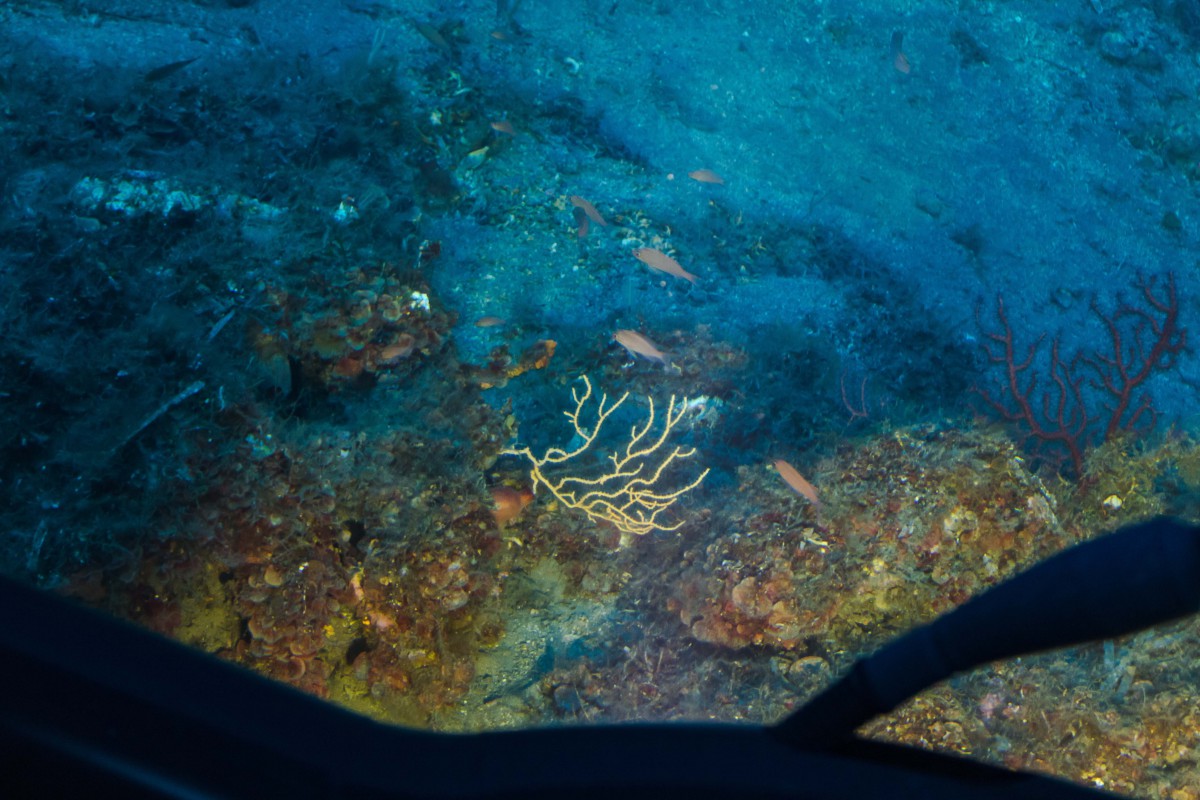 Dr. Nuria Teixido, Marine Ecologist at Stazione Zoologica Anton Dohrn, said that, “these deeper dives offer a glimpse into how Mediterranean communities were in the past and provide a reference point for the future for conservation and scientific purposes.” The submersible launched from M/Y Harle also facilitated a dive into the restricted marine reserve off Santo Stefano island, which saw Dr. Teixido observing an unprecedented growth of algae caused by warmer sea temperatures. As this level of algae has reportedly never been seen before, further investigation is needed into the effects that these temperatures will have to the wider ecosystem.

Further dives in various locations near Ustica, off the coast of Sicily, uncovered new reefs that showcase a previously unobserved and rare species of black coral, which will help scientists better understand coral distribution in the region.

"With numerous private submersibles in the region that could be used to further our understanding of the history and biology of the area, we are itching to go back and give more guests access to this unique and enriching experience."

“Thanks to our dives with Cookson Adventures, we have collected data on very interesting deep environment communities around Ustica. The two species of Black Coral detected during the last dive represent, in particular, a finding of great scientific importance, because their distribution in the Mediterranean is little known today” adds Dr Frine Cardone, a marine researcher with the University of Bari’s Department of Biology. 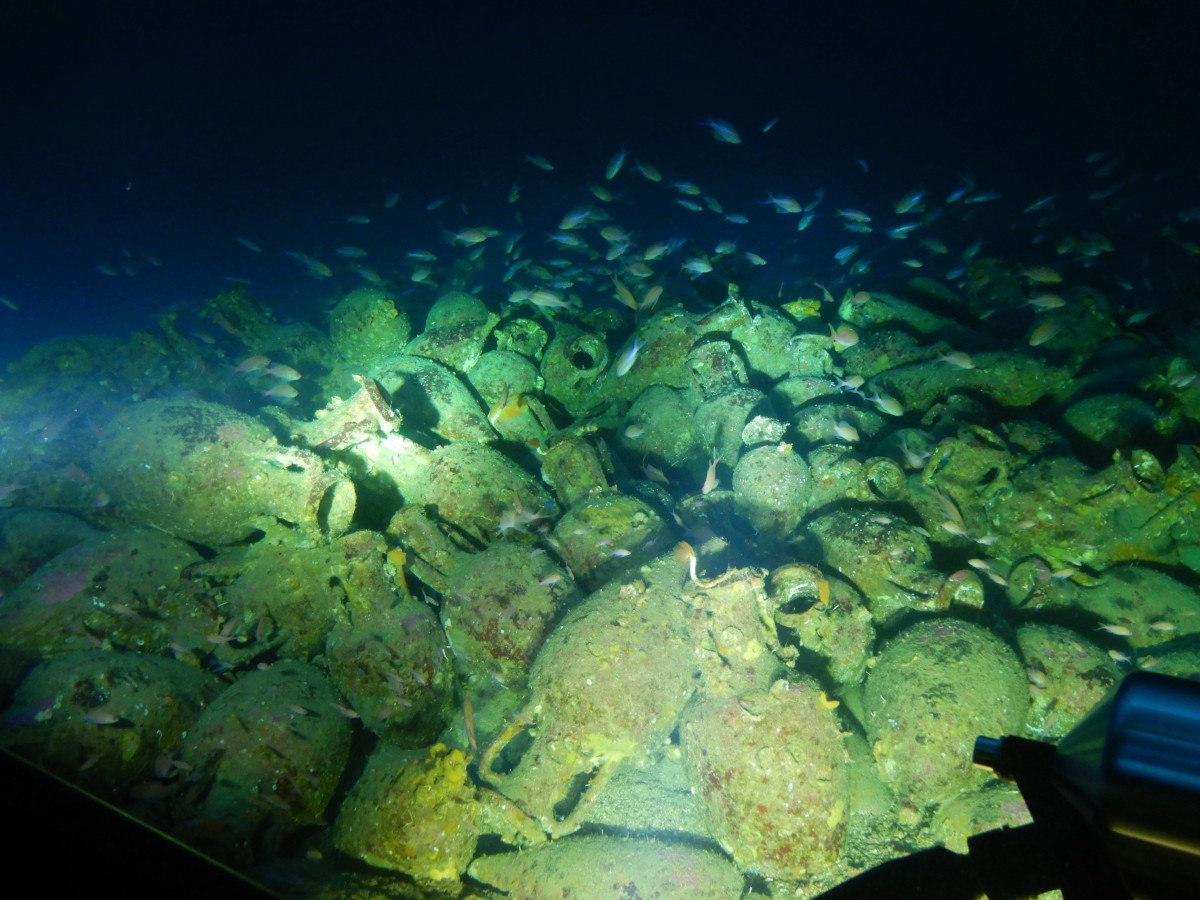 Also found near to Ustica was the new discovery of a Roman shipwreck: identified by Riccardo Cingilio, underwater photographer and archaeologist, as a Roman cargo ship, carrying a number of ancient amphorae. A report has been filed with the Sicilian coastguard to investigate further. Cookson also made the first ever submersible dive to a significant Roman shipwreck off the coast of Capri, only previously visited once by a rebreather diver and remotely operated vehicle in 2004. They worked closely with underwater archaeologists, the coastguard in Naples and Capri to make this significant first happen.

Alongside volcanologists from the National Institute of Geophysics and Volcanology (INGV), Cookson’s dives revealed new evidence on the ocean floor of new volcanic activity related to Stromboli’s deadly eruption on 3rd July.

As superyacht owners continue to venture further afield with an increasing appetite for discovery, this year’s edition of The Superyacht Forum will discuss the technologies, business approaches and owner demands that accompany this new generation of superyacht ownership and exploration.