Multiple judicial avenues appear to be increasing pressure on sanctioned superyachts worldwide. Reports from Ukraine and Croatia suggest that The 93m Feadship Royal Romance will be sold at auction. Separately, the US Department of Justice is said to be pursuing the seizure of the 99m Madame Gu, also from Feadship, in the UAE.

According to a press release from the Ukrainian government, courts in Croatia have cleared the way for Royal Romance to be sold at auction. Unlike the previous sanctions-associated auctions, such as Axioma in September 2022, this sale will be on behalf of the people of Ukraine.

The Ukrainian Asset Recovery and Management Agency (Arma) is targeting the yacht and other assets assisted with Viktor Medvedchuk, a Ukrainian oil and media baron who has led a pro-Russian party in Ukraine. With Arma stating that it would “preserve the economic value [of the yacht] by selling it at auction.” 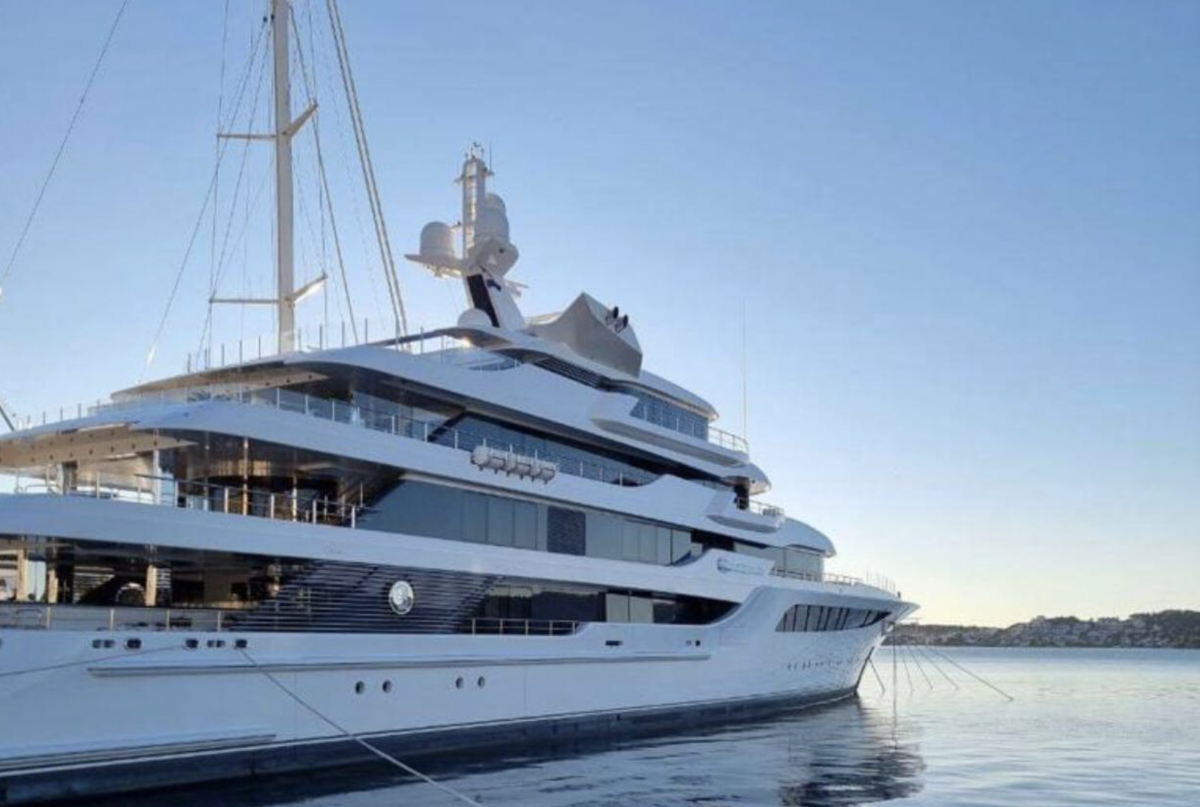 This comes at the same time as the EU has announced more wild-reaching regulations aimed at tightening its influence over sanctioned assets. The EU aims to make sanction breaches a criminal offence, with rule-breaking companies liable to a fine of 5 per cent of their revenue.

“Today the European Commission adopted a proposal to make the violations of sanctions a criminal offence across the European Union,” said Christian Wigand, a spokesman for the EU authority.

The steps towards the sanctioned Madame Gu by The US Justice Department, which have been widely reported, show aggression on another front in the tussle over sanctioned Russian superyachts. Currently moored in Dubai’s Mina Rashid Marina, the 99m Madame Gu, linked to sanctioned Russian steel magnate and lawmaker Andrei Skoch has been frozen by sanctions since June 2022.

I watched all this from the bow of the QE2, the famous cruise liner that is now a hotel (the Madame Gu is the third superyacht in the video; it is surrounded by two other Russian oligarch-linked superyachts): pic.twitter.com/66yl20iRMb

UAE officials said in a statement that “protecting the integrity of the global financial system extremely seriously.” while failing to address the yacht specifically, this recognition comes as the UAE’s perceived status as a potential safe haven for sanctioned vessels appears more precarious.

The KleptoCapture task force instigated by the US department of justice, and the increasingly aggressive EU legislation have continued to pursue and apprehend sanctioned vessels with increased intent. With the Conflict in Ukraine grinding into an attritional winter and no closer to a resolution, the next wave of seizures and potential auctions appear imminent.

Spain moves to seize Meridian A