SuperyachtNews.com - Owner - NFTs and superyachts - is this the winning formula?

NFTs and superyachts - is this the winning formula?

What if there was a new way to conceptualise NFTs in the yachting realm? Yes you can make digital art and create a virtual superyacht concept to sell as an NFT, but what about incorporating it into the fabric of yachting in a way that can change migration patterns and the very way in which physical vessels are used? Deer Hague, a company specialising in the funding and execution of metaverse related initiatives is hoping to do just that. By opening coded digital portals, accessible only to superyachts, the company has created a highly exclusive and gamified element to NFT purchasing and collection for UHNW individuals.

There is a notorious saying on Wall Street dating back to 1929 which states - ‘When the shoe shiner is telling you what to invest in, it's time to jump ship’. Admittedly, this may have been sound advice before the great depression, in a time when America still practiced child labour and the internal combustion engine was being hailed as the biggest tech revolution in history. But in today's interconnected digital age, Wall Street and other financial centres, institutions and authorities are much more inclined to listen to the more tech savvy Starbucks Barista that has taken the place of the shoe shiner. To become detached to the current trends and the interests of the younger generation would only lead to investors and hedge fund managers ‘missing the boat’. 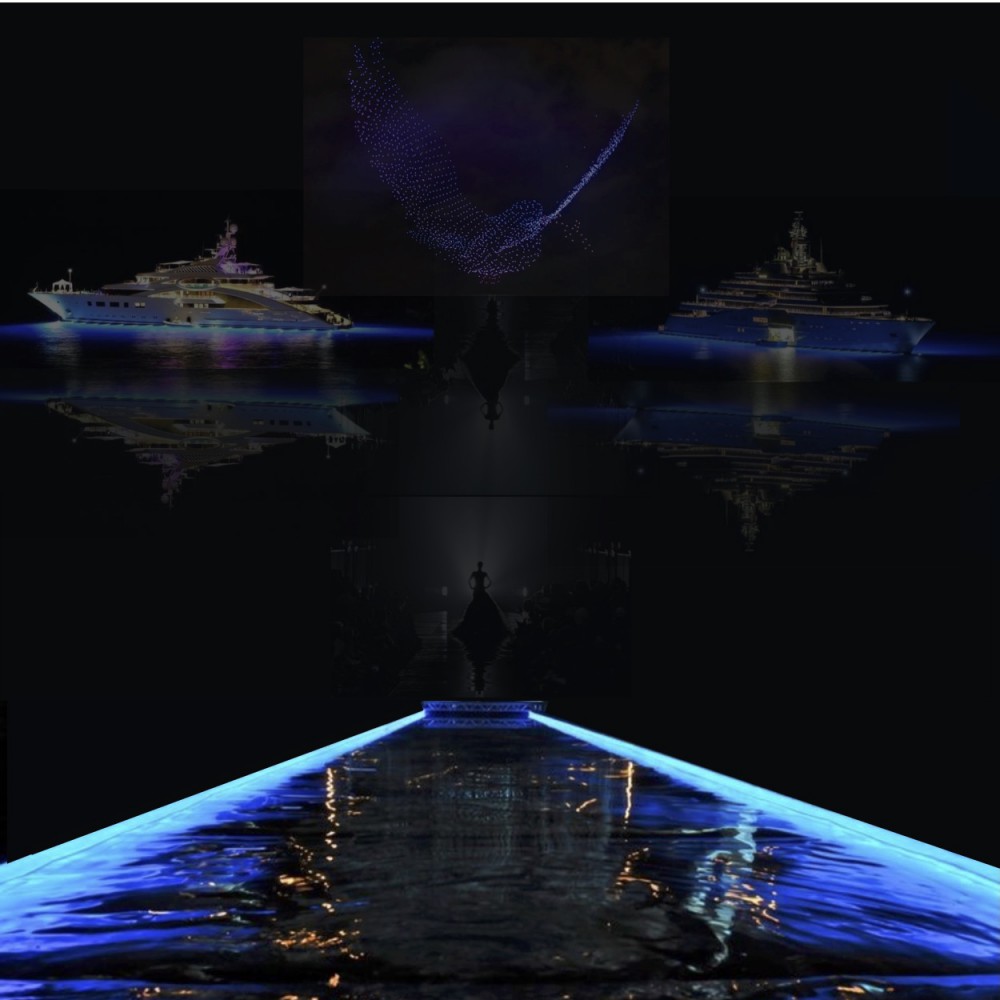 When it comes to NFTs, Blockchains, Cryptocurrencies and the Metaverse, the most important thing to note is that it is not just about speculation any more, the cogs are in motion and it's already a huge part of business and finance. Andrew Grant Super, of Berkeley Rand and Deer Hague, sees himself as a grandfather of a movement in technology and finance which is being almost exclusively driven by people under the age of 40. His focus over the last five years has been to bridge the gap between clients in the superyacht industry and the latest iteration of the internet which has been labelled ‘Web 3.0’.

Super acknowledged the speed at which this new movement is taking place by saying, “The huge rise in the interest of NFTs is because it's a way of transacting to buy assets or experiences, whatever it is that you're trading for. The reason I'm saying that is because this is inevitable and it's happening very soon and exponentially over the coming months. I've lived through the previous two revolutions of the web industry, and the first one was extremely slow, it went all the way from the 90s through to the early 2000s before the big crash. And then there was the second generation in 2009, with social media and e-commerce taking it to another level and that was faster than the normal adoption of revolutions in business and technology. But this Web 3.0 is by far the fastest moving revolution. And as shocking as it sounds, it requires younger people who can absorb information faster and who don’t have the prejudice of knowing what things were like twenty years ago.”

Super has identified four established businesses operating in both the superyacht and NFT worlds, but he believes Deer Hague has the potential to not only revitalise young people's perspective of yachting, but to also increase the financial utility of a luxury vessel.

Super explained, “We've been working with oceanographers to plot specific coordinates just off the main superyacht routes in the Caribbean and in the Balearics. Essentially what we are doing is gamifying the entire process. We are gamifying access to the online portal with all the NFTs, which can only be accessed via the superyachts themselves successfully reaching the coordinates. If they are not prepared to do it then they can't see the portal and the portal will have all of the top NFTs that we're going to be marketing for a very limited time, with very limited access and at very limited prices.” 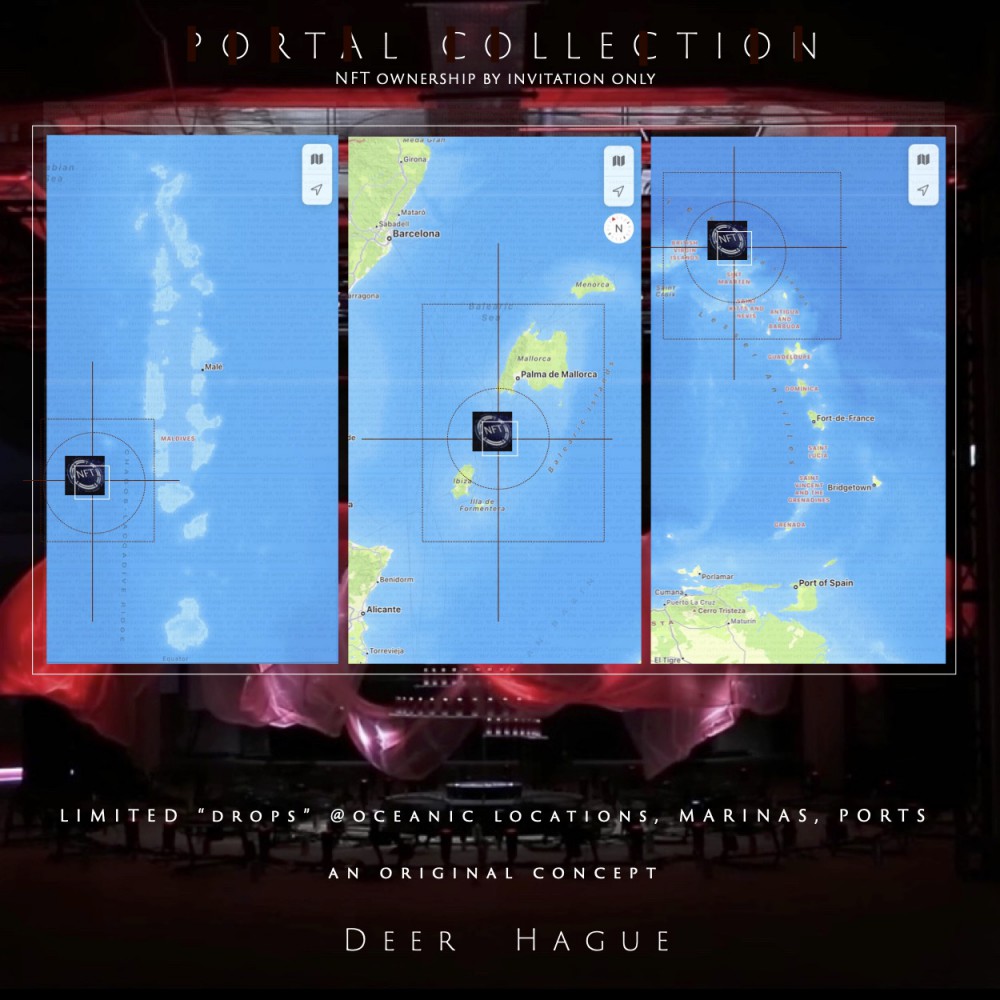 The company has already liaised and reached agreements with industry bodies in both the Mediterranean and the Caribbean to set up this ‘gamified’ NFT collection process and is expected to be fully fledged this year. The hope is to eventually have virtual berths where superyachts can ‘virtually park’ and see the NFT. The NFT will then be viewed via augmented or virtual reality, or via a normal screen - essentially having a real plot of land with a coexisting metaverse.

With the current market landscape still appearing volatile and somewhat uncertain to some, Super is aware of the necessity to take a unique and unusual approach to the way the product is marketed, “It is important to attract potential clients when they come in and out of the ports, during shows and during the peak seasons is obviously critical.” Super continues, “And of course, we want them on the metaverse because it's their kids that will tell the owners - ultra high net worth moms and dads, ‘You've got to check this out, it’s on Decentraland, but they have only got their portal up for the next three days’ and we know it's the kids who will see this in the first place. Obviously you have got to get words out there, but you've got to know what words and to what people. We've got to do it in a unique kind of way because we are dealing with some of the most temperamental and typical unimpressed audiences.”

While the initiative is still in its nascent beginnings, with a soft launch yet to come, it's safe to say that it won’t radically change the face of yachting in the immediate future. But with that being said, it is an indication of the direction that we are heading into. With the superyacht industry being privy to enormous sources of wealth as well as some of the most innovative minds in the world, there’s no reason for it to not be one of the first industries to dive down the rabbit hole of NFTs and the metaverse. An initiative such as this could easily be the spark that finally attracts the younger generation of upwardly mobile individuals, catapulting the industry into the digital age. Feel free to have your say in the comment section below...