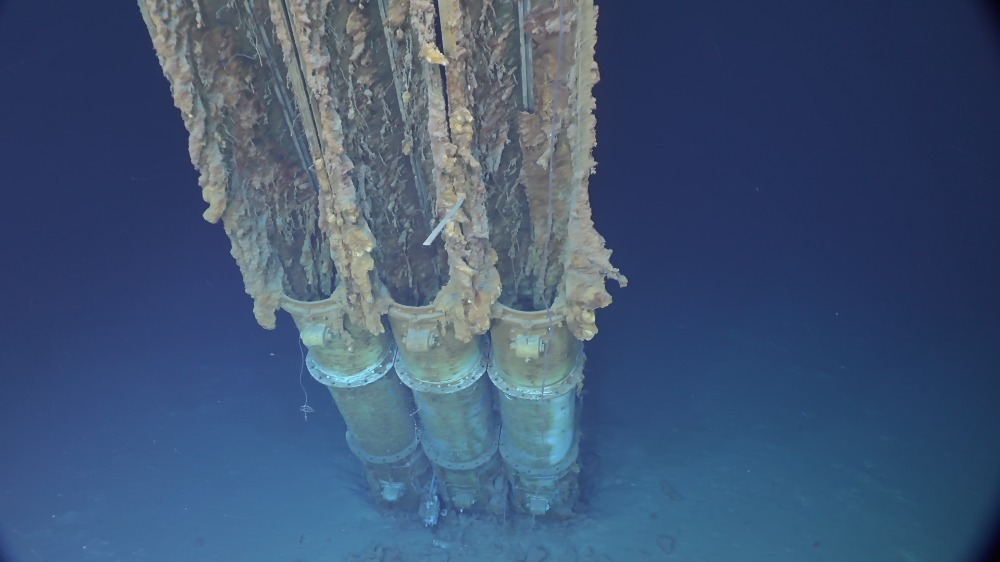 One of the undoubted highlights of The Superyacht Forum Live - Pacific Tour was having legendary explorer Victor Vescovo join the delegates via video link. Vescovo was in the midst of Caladan Oceanic’s most recent expedition - hunting shipwrecks in the deep heart of the Pacific Ocean. We spoke with Mr Vescovo on the eve of a dive to find the wreck of USS Destroyer Escort Samuel B. Roberts (DE-413), known colloquially as the "Sammy B”.

Having already found the previous deepest wreck, that of the USS Johnston, in 2021 at 6,469 meters, Vescovo, alongside sonar specialist Jeremie Morizet of France, have now located the wreck of the ”Sammy B”.  Broken into two pieces separated by about 10 meters and resting on a slope at a depth of 6,895m, the “Sammy B” is 426 meters deeper than the Johnston.

The latest record for the team at Caladan Oceanic, along with EYOS Expeditions, marks yet another crowning achievement for private expeditions and scientifically focused exploration vessels. During our time with Vescovo at The Superyacht Forum Live - Pacific Tour, he highlighted the difficulty in locating such wrecks at depth, despite having a rough idea of their resting place from historical data. The key technology that the team have developed is the pioneering use of full ocean depth (11,000m) operating side-scan sonar. 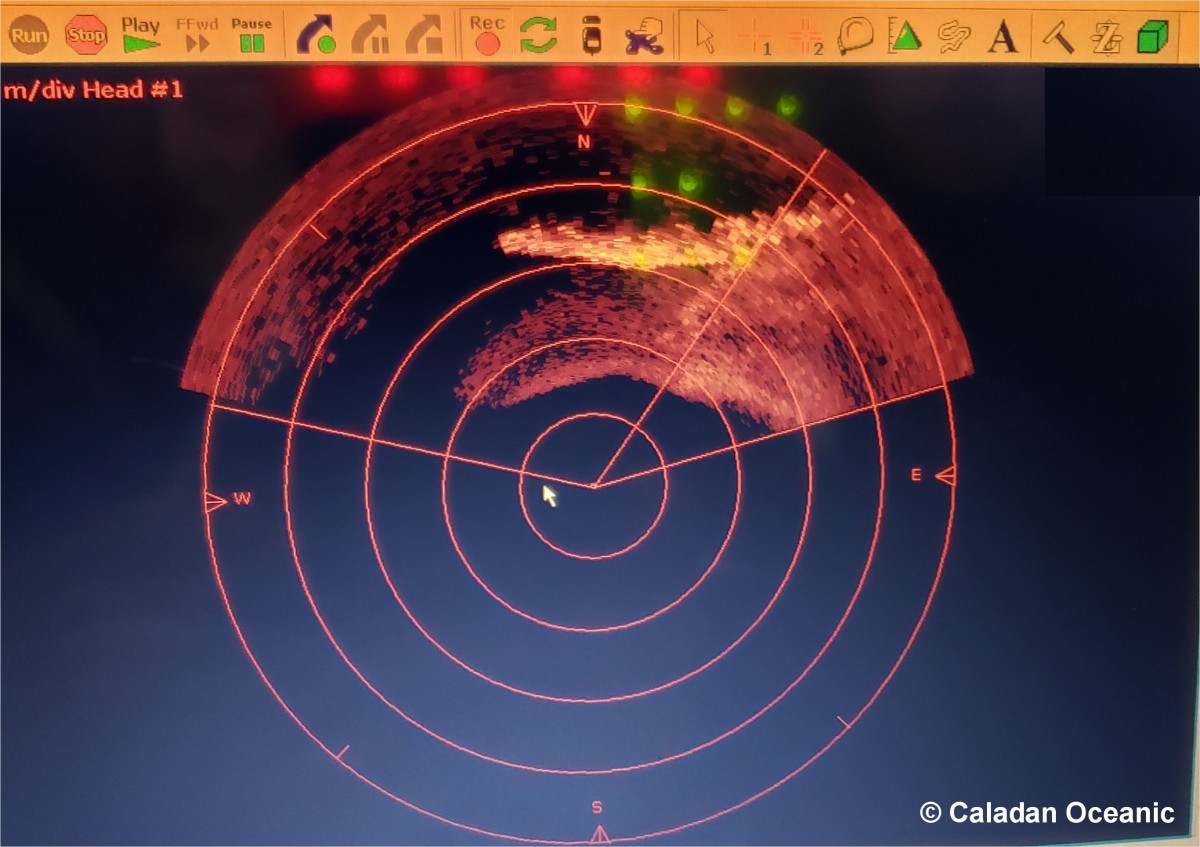 Sonar image of the wreck of The Samuel B. Roberts

Victor Vescovo explains, “It was an extraordinary honour to locate this incredibly famous ship, and by doing so have the chance to retell her story of heroism and duty to those who may not know of the ship and her crew’s sacrifice. In difficult times, it’s important to reflect on those who sacrificed so much, so willingly, in even more difficult times to ensure our freedoms and way of life.” He continued, “I always remain in awe of the extraordinary bravery of those who fought in this battle against truly overwhelming odds – and won.”

Kelvin Murray, Expedition Leader and Director of Expedition Operations & Undersea Projects for EYOS adds, “As ever, there’s been an incredible and dedicated effort by the whole team – the ship’s crew, sub-team, historians and other specialists.  Using a combination of detective work and innovative technology, everyone has pulled together to reveal the final resting place of this tenacious ship. It’s been a challenging, thrilling and poignant expedition, one that recognises the ships and sailors from all nations who fought so hard during this battle. We are all proud of what has been achieved and humbled by what we witnessed.” 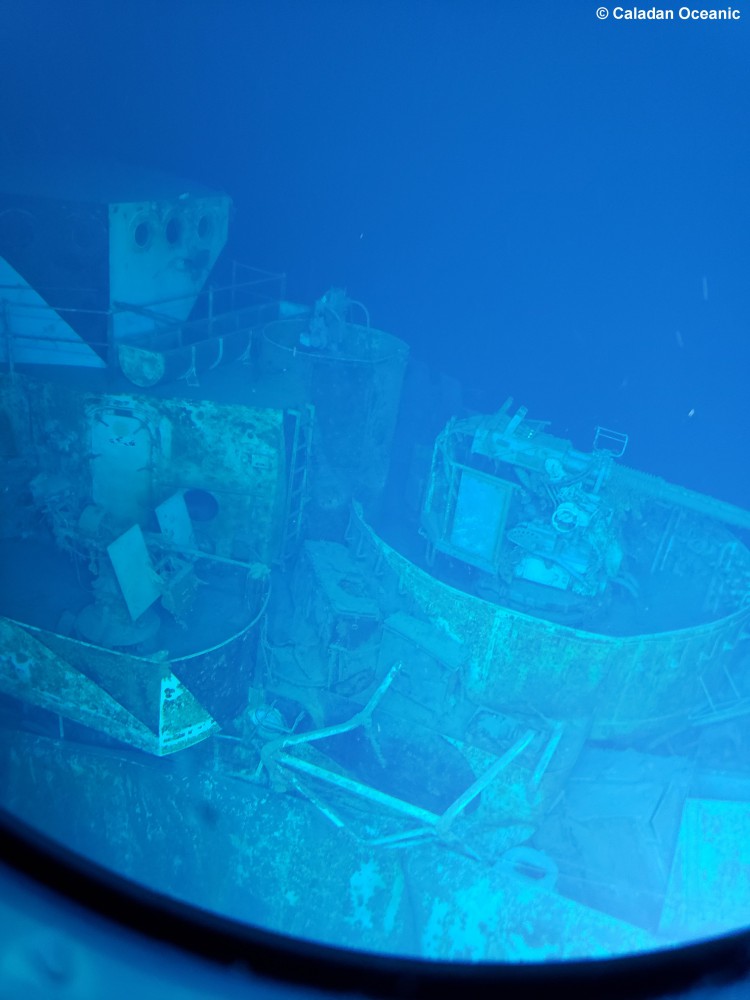 Side view of the Samuel B. Roberts, taken from the DSV Pressure Drop

Up until the discovery, the historical records of where the wreck lay were not accurate. The team located the wreck through a combination of exhaustive historical research led by Caladan Oceanic affiliate LCDR Parks Stephenson, who led the historical efforts at the USS Johnston, the previous record holder for the deepest shipwreck, last year.

The search involved the use of a Kongsberg EM-124 deep ocean, ship-mounted sonar for bathymetry and backscatter analysis, as well as a first-of-its-kind full ocean depth capable, submersible-mounted side-scan sonar system built for Caladan by Deep Ocean Search (of France). This was combined with a shorter-range Kongsberg Mesotech 1,000 high-frequency sonar. All data relating to the dive including sonar maps, video, and photographs, will be donated to the US Navy and its Heritage and History Command.

The team conducted two search dives for the sunken carrier Gambier Bay (CVE-73) at over 7,000 meters but was unable to locate the vessel. No attempt was made to locate the destroyer USS Hoel, also lost in the battle, due to the scarcity and unreliability of data indicating where she might have gone down, as well as time limitations on the expedition.

Caladan Oceanic believes this use of its new Deep Ocean Search side-scan sonar is the deepest side-scan sonar ever installed and operated on a submersible, operating well beyond the standard commercial limitation of 6,000 meters, making this also a significant technical first. The system is tested to full ocean depth (11,000 meters) and after successful trials at an increasing depth such as at the Sammy B, Caladan intends to take it all the way down to the bottom of the ocean at the Mariana Trench’s Challenger Deep in early July.

The Caladan Oceanic & EYOS teams are now on their way back to Guam to begin further expeditions in the Western Pacific, to conduct a series of four planned dives at Challenger Deep (the deepest point in the Mariana Trench) in order to continue explorations there and map previously unvisited areas of the trench system.

Caladan still plans to dive on (or about) July 12th with Dr Dawn Wright (ESRI Chief Scientist) and later, make the first crewed descents into the Yap and Palau trenches with Navigator Seasario Sewralur and Former President of Palau, Thomas Rememngesau.

Main image: The triple torpedo tube from the Sammy B. As the only destroyer with this configuration of torpedo tube, this was a key identification factor.

The Superyacht Forum Live - Pacific Tour wraps up in style