SuperyachtNews.com - Owner - Bring on the marble!

Bring on the marble!

Russian Yachting culture runs deeper than many give it credit for. The market owes much to Russian buyers… 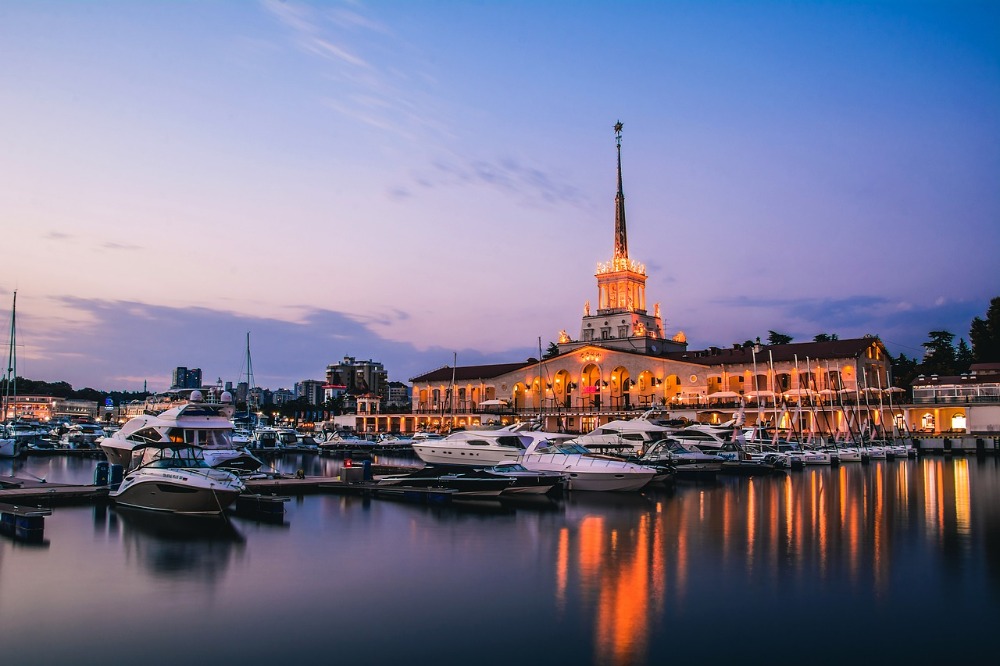 When people think about Russian superyacht buyers, the mind typically jumps immediately to Abramovich, Usmanov, Melnichenko and other individuals that form the foundation of the stereotypes associated with Russian owners. However, do such assumptions devalue the impact that Russian buyers really have on the superyacht world, and does yachting culture run deeper in Russia than the stereotype popular culture has created?

If you google ‘Russian superyacht’ the headlines that jump out at you read things like “Russian billionaire’s incredible £360million superyacht with swimming pool and helicopter pad dominates Monaco harbour” or “Richest Russians and their superyachts”. When one thinks of Russia and superyachts the mind could be forgiven for conjuring notions of the 100m-plus market, some of the world’s most ostentatious and challenging builds, and strange tales of Russian-speaking owners demanding non-Russian speaking crews as a means of keeping their business dealings a secret. As enjoyable as these fireside stories may be, is it really representative of the everyday Russian buyer? I doubt it.

“The Russian boating market includes everything from four-metre boats that that cost €1,000-2,000 to the 100m-plus superyachts built by the likes of Abramovich and Melnichenko,” starts Andrey Lomakin, CEO of West Nautical. “In Russian culture we spend our childhoods and vacations on the rivers, lakes and seas. Russians love spending time on the water, big or small. When people think of the Russian buyer market as being 100m-plus, this isn’t really a market, it is just a series of purchases. Every purchase in this sector is a big event for the shipyard, the buyer and the seller. It is true that the Russian, American and Middle Eastern clients are the most active players in this size sector, but this still represents a minute proportion of total unit sales. Most sales with Russian clients are happening in the smaller size ranges.”

According to Lomakin, and a far cry from what people might typically associate with Russian owners, the vast majority like to operate vessels where they themselves are able to operate as the captain, even up to the 50m mark. While this desire to captain the vessel themselves may not necessarily stretch to wanting to go to the engine room to check the oil, as is the case for the vast majority of superyacht owners, the desire to navigate, and captain at times, suggests a style of ownership that is not in keeping with the stereotypes often associated with Russian ownership.

“Our business specialises in Russian ownership below the large custom boundaries of 70m and above. Once you surpass this boundary there is a different set of owners, a different set of demands and a different style of ownership, no matter the demographic,” explains Lomakin. “That being said, when you are dealing with Russian owners some of the British superyacht manufacturers like to joke about the ‘Russian specification’. What they mean by this is that it can often be assumed that Russian owners will be looking to apply every available option, as well as requesting the best designers to work on their projects.”

It would seem then, that some stereotypes of Russian ownership are accurate. Rightly or wrongly, when one thinks of Russian-owned superyachts and their designs, opulence, such as the inclusion of vast amounts of marble, is usually top of the list. It is perhaps for this reason that Europeans, who often think of themselves as understated and ‘classy’, see Russian ownership and yachting culture as being something inferior to traditional European norms and it is perhaps for this reason that certain shipyards do not always find it easy to meet the demands of Russian buyers.

“When we are talking about shipyards it is important to distinguish between northern European and southern European shipyards. When we consider the north we are really talking about the UK, The Netherlands and Germany. For the south we are generally speaking about the Italian builders,” continues Lomakin. “I think in some ways the northern European shipyards are more strict in their approach to building, in terms of the modifications that are available in the production and semi-custom sectors. Sometimes, the northern European vision of their own products is more important than the demands of the Russian customers. By contrast, there is a deep connection between the Italian and Russian nations and the Italian shipyards understand the Russian buyers incredibly well. Italian flexibility is a brilliant match for Russian tastes.”

Throughout many of the projects that The Superyacht Agency has completed, for businesses in both northern and southern Europe, the notion of flexibility remains one of the most confusing and divisive concepts. For some buyers the supposed rigidity of the northern European market is a real attraction, whereas the perceived flexibility of the Italian manufacturers is seen as a weakness. However, invariably, one does not have to look far for these notions to be flipped on their head. Some argue that the northern European rigidity can be so extreme that it becomes a sticking point for prospective buyers either before or during the build process, with them preferring the ‘never say never’ attitude of the Italian builders.

Indeed, much of the rhetoric surrounding superyacht build practices has focussed on the development of an objective means of achieving the perfect build. However, given how reliant the market is on the will of the ultimate beneficial owners and how different they can be, might it be that there will simply never be a single right way to approach a superyacht build? It would seem however, at least according to Lomakin, that something about the Italian approach to superyacht manufacturing appeals to Russian clients at large.

One of the major challenges for the superyacht industry in the coming years will be its ability to attract new demographics of wealthy individuals to the superyacht market, either as charter guests or buyers. While I stand by my previous arguments that the smart money would focus on converting the already interested but unengaged pools of UHNWIs into clients (click here), the superyacht market does need to take a look at itself and consider whether its cultural messaging is as inclusive as it could be.

When people think about yachting culture, they see Breton shirts, beautiful sailing yachts and sun-kissed owners drinking rosé. In short, they are living the Riviera ideal. Anything that doesn’t quite fit this mould is often deemed to be crass, a vulgar misrepresentation of the superyacht ideal. Consider some of the comments that were made about Sailing Yacht A, or Motoryacht A for that matter. A Russian owner dared to be different and was resoundingly slated, regardless of the fact the market regularly challenges the design sector to break away from aesthetic homogeny. Builders, designers and brokers sniggered at Russian ostentatiousness, regardless of the fact that one could argue that this is a fundamental principle of Russian yachting culture.

Russian owners are one of the most important buyer demographics in the superyacht industry, throughout all the size ranges, and yet Russian yachting culture is often overlooked as not being as deep-rooted as that of its Mediterranean counterparts. Yachting owes much to Russian clients and it is high time we stopped trying to make potential buyer demographics fit into preconceived ideals of yachting and started listening to what the buyer actually wants. The Russians have being showing us the way, if only people had bothered to look rather than snigger.