Was Gina Rinehart wide of the mark, or does it highlight some key issues for superyachts visiting Brisbane? 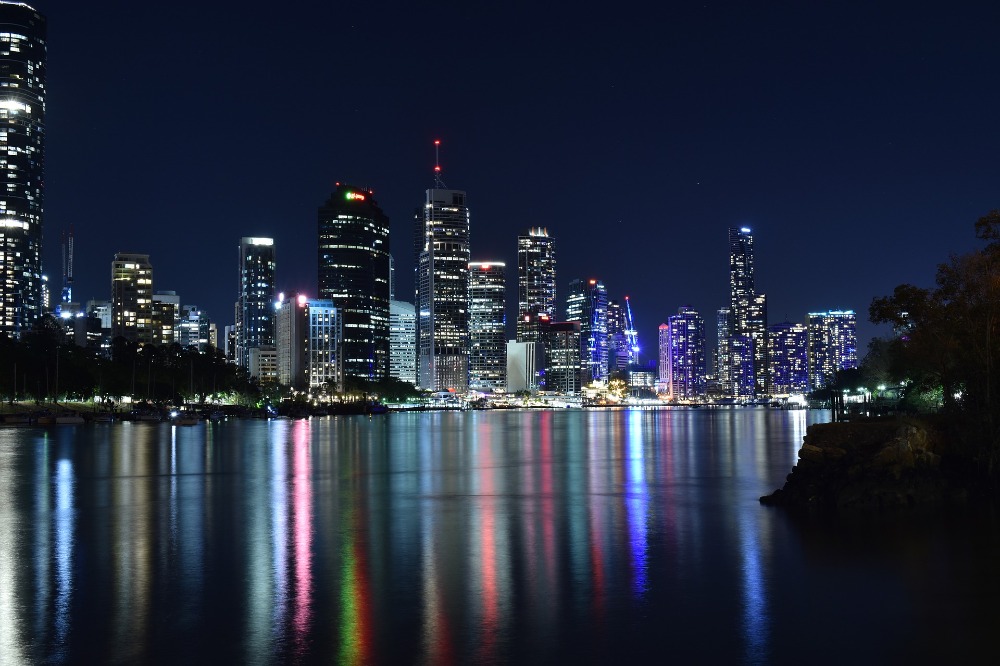 To the ridicule of many media outlets worldwide, Australia's richest woman has come under fire for comments lamenting the lack of superyacht berthing in Queensland, Australia. Gina Rinehart, an Australian mining magnate, made the comments via video at a planning meeting ahead of the 2032 Olympic Games in Brisbane. Roundly mocked across global media, the statements are guilty of being out of touch with the day to day concern of the average Australian, but is Ms Rinehart wrong with respect to large superyacht requirements in the region? And what are the ramifications if Queensland does not have sufficient marina capacity? The Superyacht Agency takes a closer look.

"These superyachts need marinas too - sadly lacking for vessels over 50m. It's time for more marinas large enough to cater not only for small and medium yachts but larger ones too”, stated Ms  Rinehart, as reported by news.com.au and many other outlets. Taking a closer look at the marina network along the coast, the below marina berthing map produced by The Superyacht Agency gives a broad overview. 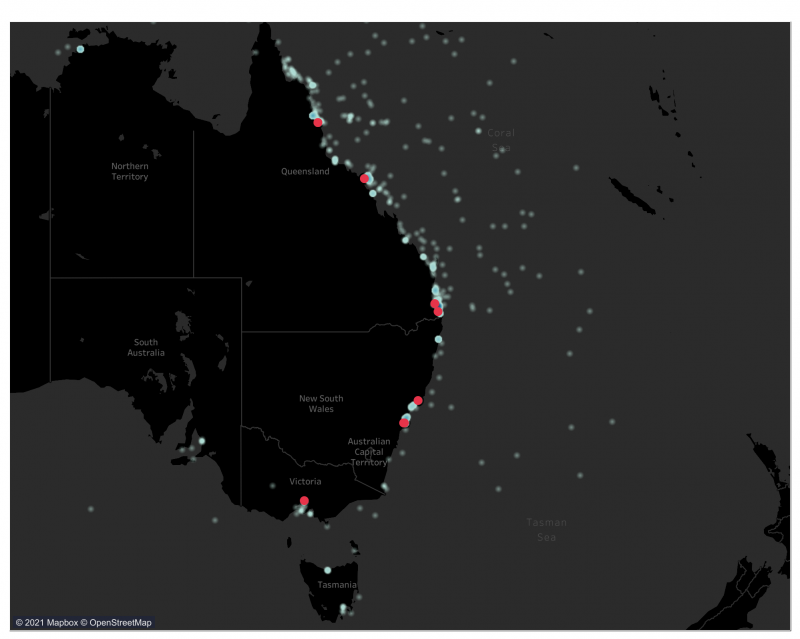 The marinas with 50m+ capacity along the coast East Coast of Australia are marked red. The overlayed heat map, printed in blue, represents the migration of 50m+ superyachts in the region from 2015-2021, with a total of 83 unique 50m+ superyachts visiting over this time. While, unsurprisingly, the aggregations of the 50m+ fleet track closely with the marinas that have the capacity to moor them, adjacent anchorages, as well as cruising grounds. The high density of yachts in the shallow water outside both urban areas suggests a high percentage of time at anchor for larger yachts, potentially due to a lack of berthing capacity. With around a 400NM steam north or south separating Brisbane from other marinas with capacity for 50m+ yachts, especially in the context of an event such as The Olympics; Brisbane & the Gold Coast are relatively isolated. So what is the capacity of this sub-region of the coast? The below image gives a closer view: 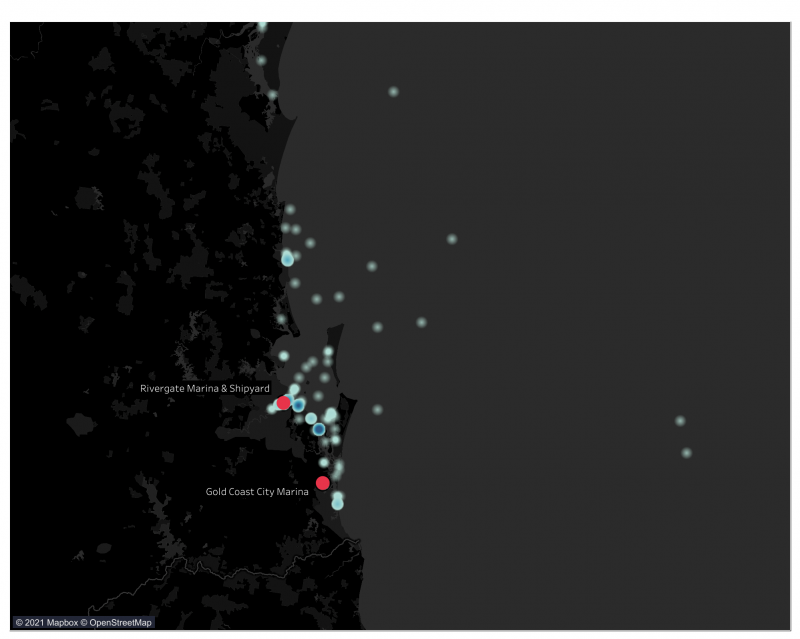 As can be seen, Rivergate Marina and Shipyard & Gold Coast City Marina (GCCM) offer specialised 50m+ purpose-built berthing options, with Rivergate Marina and Shipyard offering seven berths up to 80m and one up to 90m, and GCCM having 16 berths up to 75m. While this can host many visiting yachts, it is a work in progress, as explained by Trenton Gay, CEO of GCCM, in The Pacific Superyacht Report's 2019 Australian Region Report: "Due to local restrictions, many berths were designed to cater for vessels up to 50m. These limitations have now changed, and several major infrastructure projects currently planned for the Gold Coast will be increasing berthing options for vessels over 100m. The master plan for the Gold Coast waterways includes superyacht berths attached to resorts. The facilities and infrastructure are expanding and multiplying at a rapid rate, especially here in Queensland."

Ms Rinehart was also quoted as saying: "And let's not forget superyachts that may want to visit from overseas, bringing passengers who would want to spend in Australia." Again this is a factor that is well understood by the local industry, who have worked hard behind the scenes and publicly to convey the potential positive impact of the yachting Industry.  In 2016 the Australian International Marine Export Group (AIMEX) and Superyacht Australia commissioned an economic impact study to explore the potential economic growth of the superyacht sector in Australia. The report predicted that in 2016 the total economic impact of superyachts in the region was AUD 1.97 billion, accounting for 0.1 per cent of Australia's GDP. Crucially, it was pointed out that if Australia implemented new policies around charter and commercially registered vessel operation, that figure would grow to $3.34 billion.

After a lot of hard work from AIMEX and many industry stakeholders, the legislation was passed in 2019, paving the way for continued growth in the region. While this was undertaken before Brisbane won the rights to host the 2032 Olympics, in 2021, it provides another marker to give impetus to the need for infrastructure development in the region to meet what hopefully equates to increased migration to the region after the fallow year of covid has interrupted the growth forecast.

Data released by Superyacht Australia, the region’s central body for the superyacht industry, shows that foreign superyachts stayed an average of 73 days in Australia in 2019, compared to an average of 41 days in 2018, representing a 79 per cent increase in the length of stay in only a year. The economic impact of this increase was just over $68,872,000 and represents an increase of 60 per cent on the $39,843,000 generated in 2018.

To the last of Ms Rineharts quotes, and the one that was most ridiculed, which was reported as: "Then when we arrived at the coast, not feeling that great after two very rough sleepless nights and a rough day, many yachts were outside the marinas given the lack of marinas." While I cannot speak for the efficacy of the stabilisers on board the yacht, I can speak to how rough, long and exposed the East Coast of Australia can be without safe harbour. Also, having yachts moored safely on purpose-built marinas has knock-on effects beyond the comfort of the guests and crew. While moored, the guests have far more time to enjoy, spend and interact with the local economy.

Additionally, and significantly, a large yacht turning off its generators and not putting down an anchor has considerably less environmental impact. At the same time, Ms Rinehart and her guests’ comfort is a downstream benefit. In conclusion, Mrs Rinehart’s comments about superyacht infrastructure have some validity. Evidently, they could not get an adequate berth for the yacht she was a guest on when they needed it. But as evidenced, there are infrastructure development plans in place and the local stakeholders have been working hard to allow the region to reach its full potential. A realisation of this potential will have a significant positive impact on the local economy. Ms Rinehart's final reported point - "We mustn't squander the opportunity" - is true, but also does not grasp the level of work already underway.