Are these necessary distinctions or trivialities? 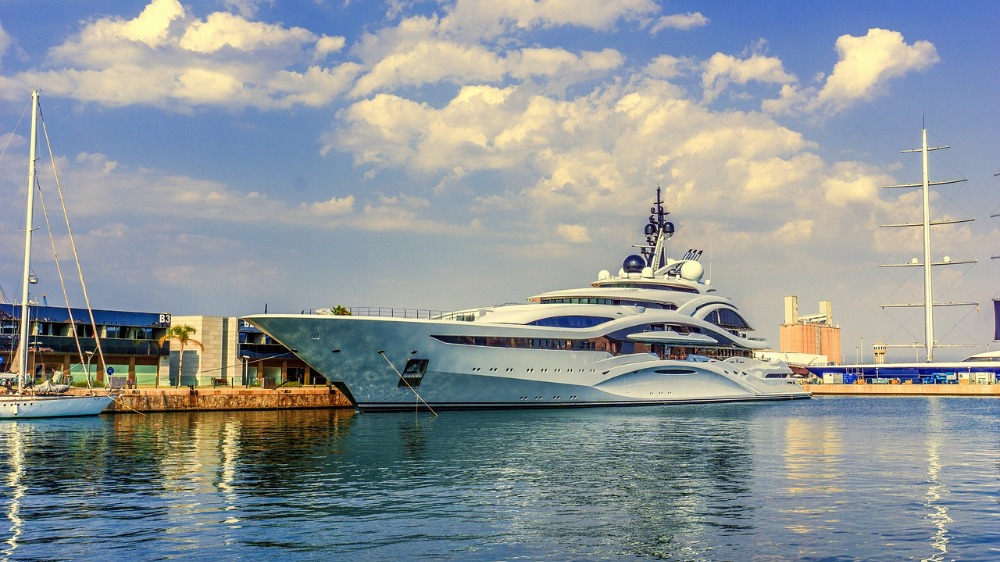 Big yachts aren’t anything especially new, indeed 146m El Mahrousa was delivered by the Samuda Brothers in 1885. It wasn’t until more recently, however, that such vessels were given the designations ‘super’ or ‘mega’ to separate them from the more general group of yachts. In fact, by contemporary standards, El Mahrousa would be considered a gigayacht by dint of its size, which adds ever so slightly more confusion to the mix. Are these designations of genuine use or have they been co-opted as marketing tools to add distinction where very little exists?

It should be noted at this juncture that there isn’t even necessarily any agreement on what constitutes a superyacht, a point that is highlighted in the very first description of ‘superyacht’ on Wikipedia.

“A superyacht or megayacht is a large and luxurious pleasure vessel. There are no official or agreed upon definitions for such yachts, but these terms are regularly used to describe professionally crewed motor or sailing yachts, ranging from 40 metres (130 ft) to more than 180 metres (590 ft) in length, and sometimes include yachts as small as 24 metres (79 ft).”

While Wikipedia should never be used as a primary source for research, it is right in its description. Shipyards for whom 24m is the pinnacle of their portfolio will typically describe these projects as superyachts, whereas shipyards who build larger vessels or who otherwise have a broader range of products will often designate their superyacht business as being 40m-plus and at The Superyacht Group we describe a superyacht as being 30m-plus. This confusion is the same on the other side of the pond where the preferred term would be ‘megayacht’.

“As superyachts have increased in size, so have the informal terms that describe their size evolved to include "megayacht", "gigayacht" and (speculatively) "terayacht".”

There at least seems to be agreement that the words superyacht and megayacht are interchangeable, which leads me to the conclusion that only one of them is necessary. As a journalist, I rely on synonyms to ensure that articles don’t feel too one dimensional, but in this instance, I would happily see the term megayacht consigned to the history books as having no real value or purpose.

It seems likely that the term megayacht was adopted to try and distinguish a particular product from its competitor ‘superyachts’. The distinction, however, was purely linguistic rather than denoting any sort of difference in size or quality. Depending on the success of the term, it could be argued that its creation was either incredibly lazy marketing, or incredibly intelligent marketing, although unfortunately, we will probably never be able to know for sure one way or another.

While the distinction between superyachts and megayachts is only linguistic, there is potentially an argument to distinguish between superyachts and gigayachts. If one were to be pedantic, which I occasionally am, the cost and size differential between a dinghy and a 30m superyacht is less than the cost and size differential between a 30m superyacht and a gigayacht (whatever that might mean). For the sake of argument, let’s say that a gigayacht is 90m-plus given that the designation of ‘giga’ certainly has nothing to do with its mathematical significance and internally we tend to use 90m-plus as the boundary to highlight the world’s largest superyacht projects.

There are both significant differences between superyachts and gigayachts and significant similarities. First and foremost, there is a clear difference in the scale and breadth of the technology that can be used on board these types of yachts. Gigayachts, for instance, can hold a great many more tenders and toys, as well as having the space required at present to fit hybrid or alternative propulsion technologies, their size also allows them to be more creative with the use of spaces. The 3000gt demarcation and associated commercial connotations are another that may be a logical dividing line. However, when one considers the actual make-up of the yachts, there isn’t really that much that separates them in terms of how they are used and what they have on board. For all intents and purposes, they are both just large yachts.

Perhaps the strongest argument against the term gigayacht, is that no one seems to use it except the mainstream media and a few select businesses within the industry itself. Certainly, those shipyards and designers that are considered world leaders in the design and creation of ‘gigayachts’ very rarely use the term. In fact, you will more readily find these businesses using the term 'boat' than you will gigayacht. Once again, the use of this word seems to be an attempt to make certain products appear different from their competitors, without actually doing much to distinguish the products themselves, or otherwise it is being used as a term to try and impress the mainstream media.

While the title of this article may suggest that I’ll be exploring the notion that terayachts are the next big things on the horizon, I will not even be entertaining the idea that the distinction is of any use. So far as I am concerned, all yachts that are 30m-plus should be called superyachts and if a distinction between the largest superyachts and smallest is required, I would suggest employing the term ‘large superyacht’.

Sanlorenzo announces its financial results and agenda for 2022

Opportunity and barriers to entry