SuperyachtNews.com - Operations - Identity of first One to One revealed

Identity of first One to One revealed

Martin Redmayne will be joined by revered captain and candid commentator, Brendan O'Shannassy… 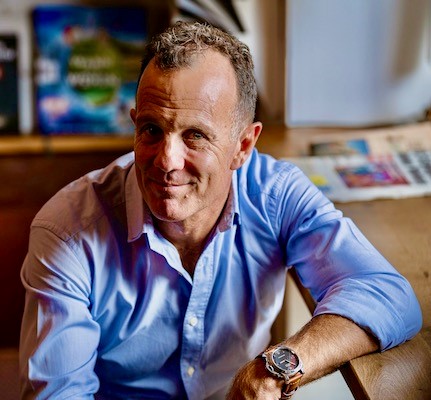 We can now reveal that the first Digital Dialogue will be between Martin Redmayne and Captain Brendan O’Shannassy. In a short and pithy conversation, of no more than 30 minutes, entitled ‘Are we at the point of operational fatigue and failure of the system?’ Redmayne will be speaking live to O’Shannassy, one of the industry’s most respected captains and one of its most candid commentators. O'Shannassy will apply his profound operational experience to answer the above question, outlining what the industry can do better, what we have to stop repeating and how we give the owner and guests the perfection they expect and pay for.

He first entered yachting in the mid-90s via ocean racing and after completing all commercial studies, returned in 2001. Since then, he has worked with some of the industry’s most reputable yachts including captaincy of Princess Mariana, Octopus, Vava II, Amadea and Andromeda (formerly Ulysses). He is a licensed marine pilot, ISM auditor and conducted postgraduate studies in maritime law and accountancy.

Alongside his maritime commitments, O’Shannassy has contributed to the goals of Blue Marine Foundation, the Brain Tumor Charity, Superyacht Charities and www.yachtcrewhelp.org, a mental health support platform for yacht crew developed by ISWAN. He is also a board member of the International Superyacht Society and Chair of the ISS Captains Committee.

Most recently O’Shannassy, alongside a group of industry partners, founded Katana Maritime. Katana Maritime supports yacht owners to define and achieve their yachting vision. The company believes yachting ownership should be fun and simple, with success adjudged when yachts’ crews are supported and coached to achieve the vision / expectations of the yacht owner.

O’Shannassy’s impressive career aboard some of the fleet’s most lauded yachts, alongside his latest venture positions him perfectly to be the subject of our first Digital Dialogue, where he and Redmayne will debate thorny topics such as whether we as an industry deliver yachts that are not designed for maximum guest usage, with service excellence at its core - leading to overall fatigue and failure of the system, and ultimately, crew turnover and cost escalation.

You can watch this One to One live at 11:00 (BST) on Wednesday 1st July, by registering for free, here.

The Superyacht Forum - One to One

One Industry – One Forum - One Mission

Less is More - The Inevitable Future of Events