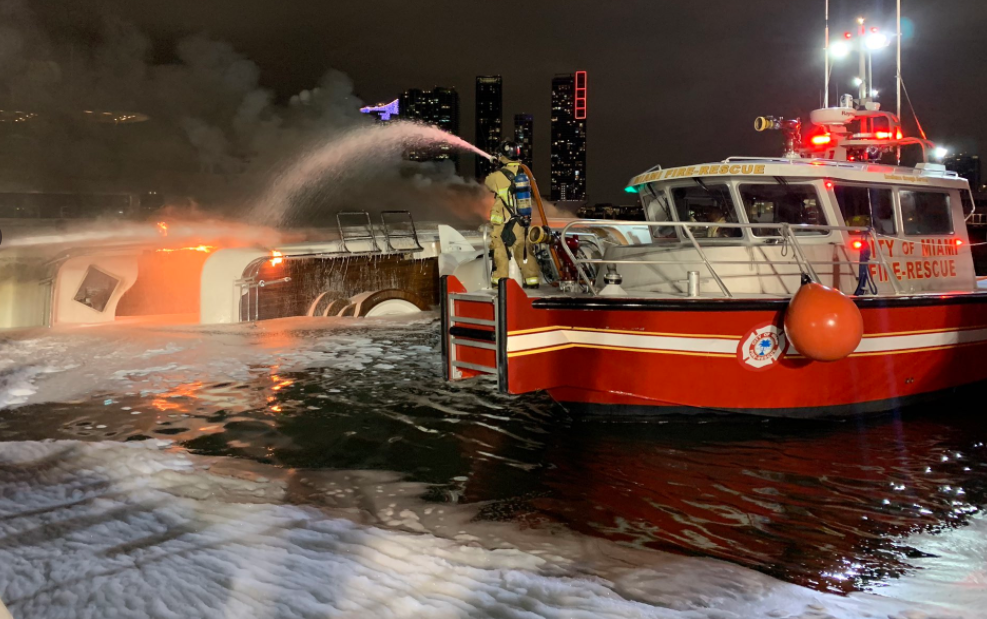 The 37m motor yacht Andiamo was completely lost to fire on 18th December 2019. The National Transportation Safety Board (NTSB) has released its findings. The full report can be read here with a SuperyachtNews summary to follow.

The NTSB investigation presents some highly relevant findings for the superyacht industry and safety standards on privately owned superyachts.  At 19:21 local time, the fire started, and the vessel was on the seafloor a little over two hours later. The vessel was successfully evacuated, and no injuries were reported. The sequence of events preceding its sinking makes for stark reading.

Andiamo was stern to the dock in Island Gardens marina and undertook day trips with guests in the lead-up. Onboard was the captain, first officer, deckhand, chief stewardess, second stewardess and chef. The chief engineer was on personal leave. As they were preparing for the arrival of a guest, it was noted that the lights were not working in the lower/accommodation deck and the main salon.

The issue was reported, and the captain began troubleshooting the electrical systems; however, the issue was not resolved without the chief engineer on board. The chief stewardess lit candles in the master cabin to continue preparing, which were placed onto a wooden dresser beneath open curtains. 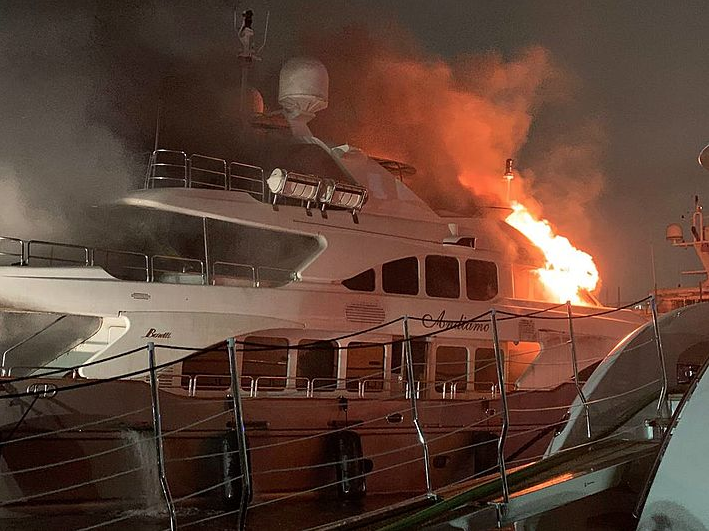 Around 19:20, the interior team noticed a burning smell in the main solon followed by a plume of black smoke, and they shouted fire to the bridge to notify the captain, who was still attempting to fix the lighting issue. After determining that he could not locate the fire, he instructed the chief stew to have everyone evacuate the vessel. No fire alarm was sounding, nor was the decision made to activate the general alarm. At 19:23, the second stewardess placed a call to emergency services.

The vessel was equipped with integrated fire detection and alarm system, with smoke and thermal detectors throughout the vessel spaces. The guest lobby was fitted with a manual fire alarm, and there were portable fire extinguishers throughout. Again, the crew reported that no alarm was sounding. The chief officer and deckhand returned from another vessel and reported what they described as a 'fireball' on the aft deck.

The captain and chef attempted to connect a fire hose and start the fire pump to fight the fire by approaching the galley door from the starboard side; however, they decided that the fire was too far gone at that stage. At 19:24, the crew and only guest were on the dock and alerted neighbouring vessels, and assuming that the fire was electrical in nature, shut down the shore power. The Miami Fire Department arrived at 19:30 and began to fight the fire. With assistance from neighbouring vessels, the fire was deemed under control within two hours, but the volume of water now onboard continued to list the vessel, and it capsized onto its starboard side. 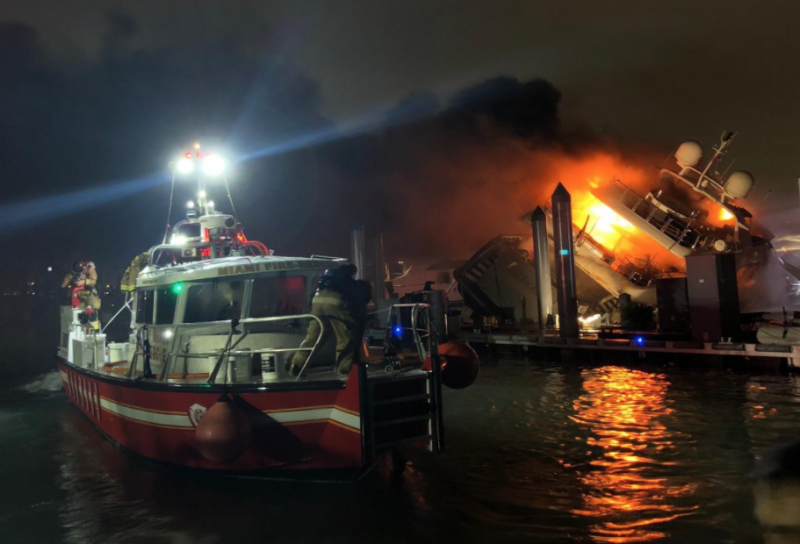 Andiamo was initially classed by the American Beuro of Shipping (ABS) in August 2006. However, this was suspended in June 2019 due to an overdue survey. The vessel underwent a yard period from June to October 2019 to bring it back into class compliance. The ABS documented that the fire alarm and detection system was in an “inoperable state”. The remote fire safety shutdown system, the louvres and ventilation fans in the engine room could not be remotely shut down.

As reported, the ABS returned to the vessel on several occasions. However, the smoke and heat sensors had not been repaired to meet an operational test, and multiple smoke detectors across the vessel failed to provide audible or visual alarms. ABS returned the day before the fire, but the repaired still had not been made.

The owner of Andiamo deferred all maintenance decisions to the crew. While the crew provided investigators with several invoices, there was no record of work on the fire detection and alarm system. The investigation also highlights that no contact had been made with the manufacturer of the fire detection system or specialists technicians in the months after the ABS recommendations leading up to the fire.

As a result of the fire, the Marshall Islands issued a yacht safety advisory on April 20, 2020, based on its investigations of four registered yacht fires during the previous year. The advisory highlighted three major areas of concern: preventing fires, ensuring fire-detection and extinguishing systems are fully functional, and ensuring yacht crews are prepared to respond to a fire. Identified as a fire risk posed by human activity was: “leaving open flames such candles unattended.”

The fire on Andiamo highlights how vital the time given by early smoke and heat detection can be. Without a sprinkler system, the vessel relied on early detection and action from the crew. Without a functioning alarm, or the ability to close louvres, dampeners and fire doors externally to starve the fire, the fight was effectively over by the time they detected the smoke.