SuperyachtNews.com - Fleet - Superyacht design: it's in the blood

Superyacht design: it’s in the blood

Without a shadow of a doubt, the most fulfilling part of being a superyacht journalist is when I have the opportunity to sit down with the industry’s most creative minds. Over our series of ‘superyacht sessions’ The Superyacht Report, there has been an abundance of inspiration, knowledge and clarification of life within the field of superyacht design, not to mention the locations and anecdotes that have accompanied me along the way.

No two of these interviews have been the same, but for me they have been all been particularly special. So, while the majority of us are confined to our homes, I want to take a look at some key and inspiring educations that have emerged as a result of these interviews.

Market entries tends to be a subject of immense variety, every designer has their own set of hurdles that come with becoming successful in the superyacht industry, and it is always far more exciting and beyond ‘I went to university and then got a job…’

“Art was really taken out of my life at an early age while I was doing the 11-plus. I was told by my father, ‘That’s no good son, can’t be dealing with any of that. Can’t do nowt with that. Get a good job in an apprenticeship, that is the way you get ahead in our world,’,” recalls Mick Leach, during our session at The Pig in Brokenhurst. “And I did begin down that route. I loved art, but being a northern biker you had to be quite tough and the artistic side was an aspect of your life you kept quiet about – you wouldn’t really say much to your mates about it.” 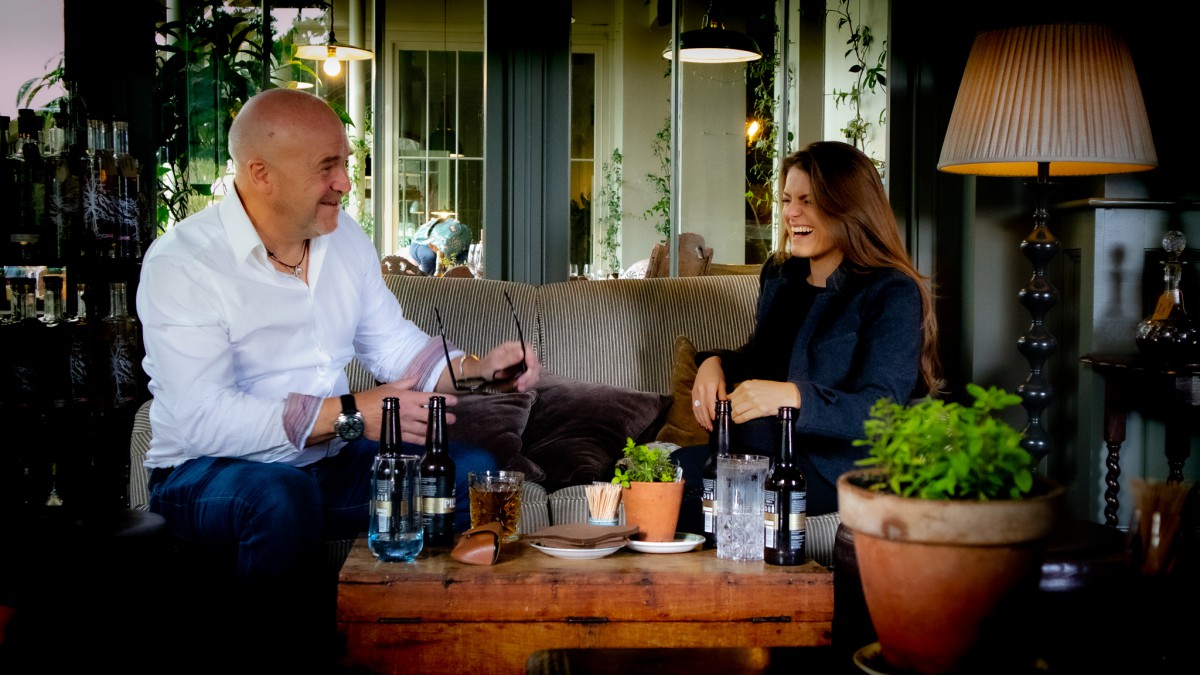 For Leach, the segue into superyacht design was a chance encounter that saw him move from the apprenticeship world into Industrial Design at Coventry, but it wasn’t solely the teachings in design which made this such an essential piece of the puzzle.

“Your background is your basis of life, and then you go out there and learn to think outside the box – that is what that course taught me to do,” he explains. “It was also the first time that I actually met privately educated kids. Four of my best friends at Coventry had been to private school, and I had never met anyone from private school before. I was like ‘Wow! Where are these guys from?’. 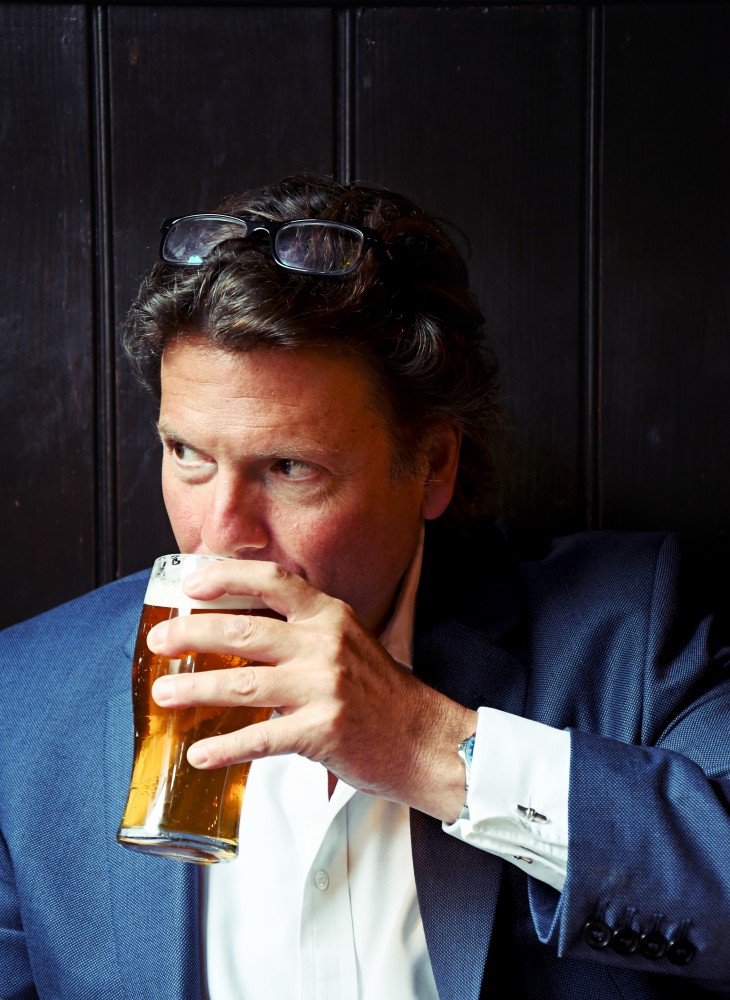 Coventry has actually been a large feature in many of these sessions, and produced some of the today’s greatest superyacht designers. “When I got to [Coventry] I thought all my Christmases had come at once because it was such great fun,” says Steve Gresham, when we met for our inaugural session, ‘On the sesh with Gresh’, at The Punchbowl in Mayfair. “The first person I spoke to when I walked in the door was Jonny Horsfield. He was in the studio, [we] chatted for a few minutes and then he said, ‘Do you fancy a pint?’. So we met and literally within a few moments we were on our way to the pub. We probably had about four or five pints and spent the next four years as best mates. We lived in the same houses, we shared the same cars. Mick Leach was a year ahead of us, but Marc Smith, Jonny Horsfield and myself lived together.”

"When I got to [Coventry] I thought all my Christmases had come at once because it was such great fun. The first person I spoke to when I walked in the door was Jonny Horsfield. He was in the studio, [we] chatted for a few minutes and then he said, ‘Do you fancy a pint?’"

But not all designers have gone down this route of course, during my truly sublime time with Tony Castro, he explains that it was unceasing passion and drive to win regattas that naturally led Castro towards a career in yachting, but it was no easy task. At the time, naval architecture was a remote career path in Portugal, and the opportunity to study it was very limited.

“In those days, there were only a few places to go [for naval architecture], one was MIT [Massachusetts Institute of Technology] in the US, [and also] Glasgow, Naples, Madrid and Newcastle,” says Castro. “My parents sent me to the US and as soon as I had landed, I thought ‘This is not for me’. It was almost instantaneous. I don’t know what it was but I just felt like this is too far away, too big and I just thought ‘I don’t like this’, and I begged my parents not to go. MIT was by far the best and the most famous, to be accepted was quite a big thing – but I didn’t know that at the time. 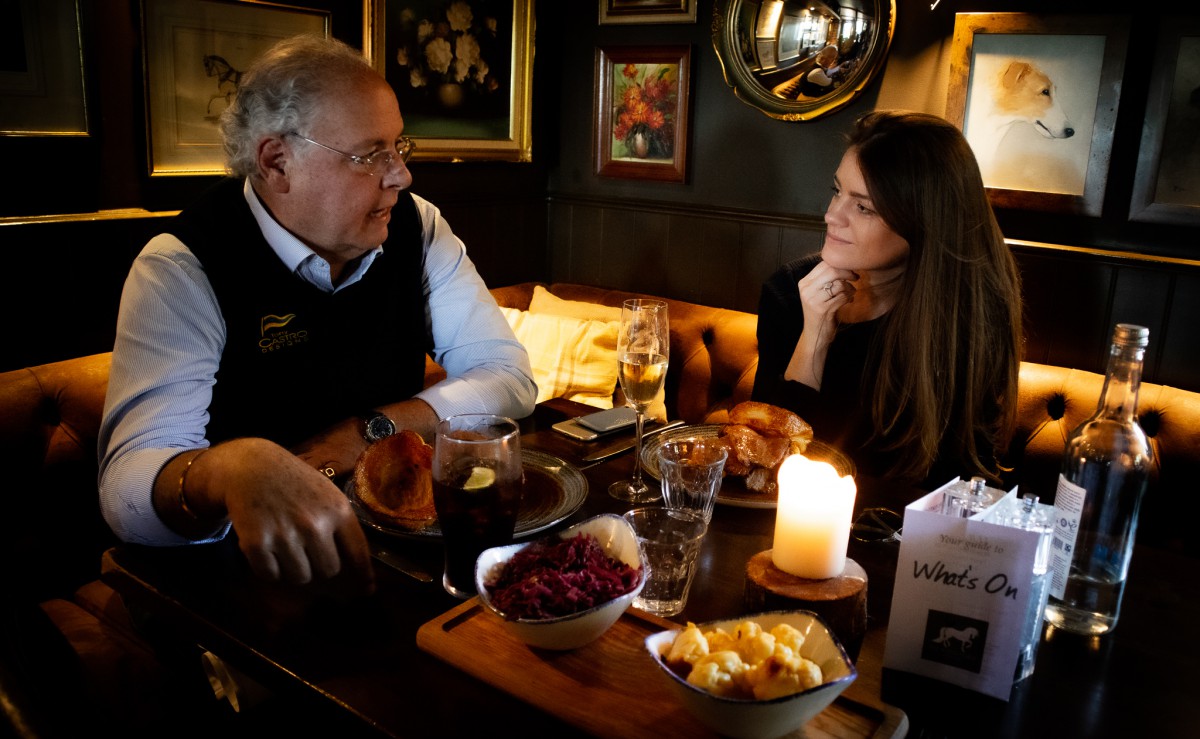 Castro ended up choosing Strathclyde in Glasgow for his studies, a university that professed to change the way things were with a really hands-on approach; taking people to the shipyards and teach them to literally build boats as well as naval architecture. And, of course it didn’t take long for Castro to hunt down some sailing opportunities.

“Sailing in Scotland is pretty miserable; it’s cold, it is really rough. You have to be very dedicated to your sailing to do it there.” Of course, Castro made it his mission to keep sailing despite the dismal weather conditions. For six months of the year, Castro became a navigator for race boats all over the world and would then return to university for his studies – no easy task in itself. But, during his time on the water, Castro was able to meet many prominent sailors including Doug Peterson, Ron Holland and German Frers.

“Three years down the line into my PhD, I got a phone call from Ron Holland at eight in the morning,” says Castro. “He said that he had moved to Ireland and he had finally managed to get a commission and would I come and help him do it. I was quite a serious number-cruncher and a lot of those guys, they were very much seat-of-the-pants designers. So therem was a flight at 11am from Glasgow to Cork and that was me, I was gone bingo, and I never went back to Glasgow.”

One thing that becomes increasingly apparent in this series, is that it is never plain sailing at the beginning of a career in design, even for the most successful designers out there. For Dickie Bannenberg, the beginning of his career was actually in the magazine world, where he worked at Conde´ Nast, for House & Garden for four or five years as the merchandise editor at the famous Vogue House in the mid-1980s where his remit was selecting the products and styling the furniture. “It was fun, I would be styling the shots. Still to this day, when- ever we get any of our interiors photographed, it’s usually me who goes to oversee it and set up the shot. I had a brief foray into the advertising world, which I was [useless] at – the only thing I ever sold was a 16th-page [advert] for 50 quid to Mr Choy’s Chinese Restaurant.”

“Dad would come home most evenings to the drawing board he had in the house and I would see him in his study working on his GAs into the night, with his clutch pencil and rubbing things out. So I was very used to that and, of course, very used to going to shipyards and bringing clients home to dinner; it was a very different era, that kind of thing.”

“From there, my Dad said, pretty casually, ‘How about you come and work with me? I need a project manager to help with the business’,” explains Bannenberg. “Up until then, even though it is a family business, it wasn’t one of those things that had been talked about. So I did.” 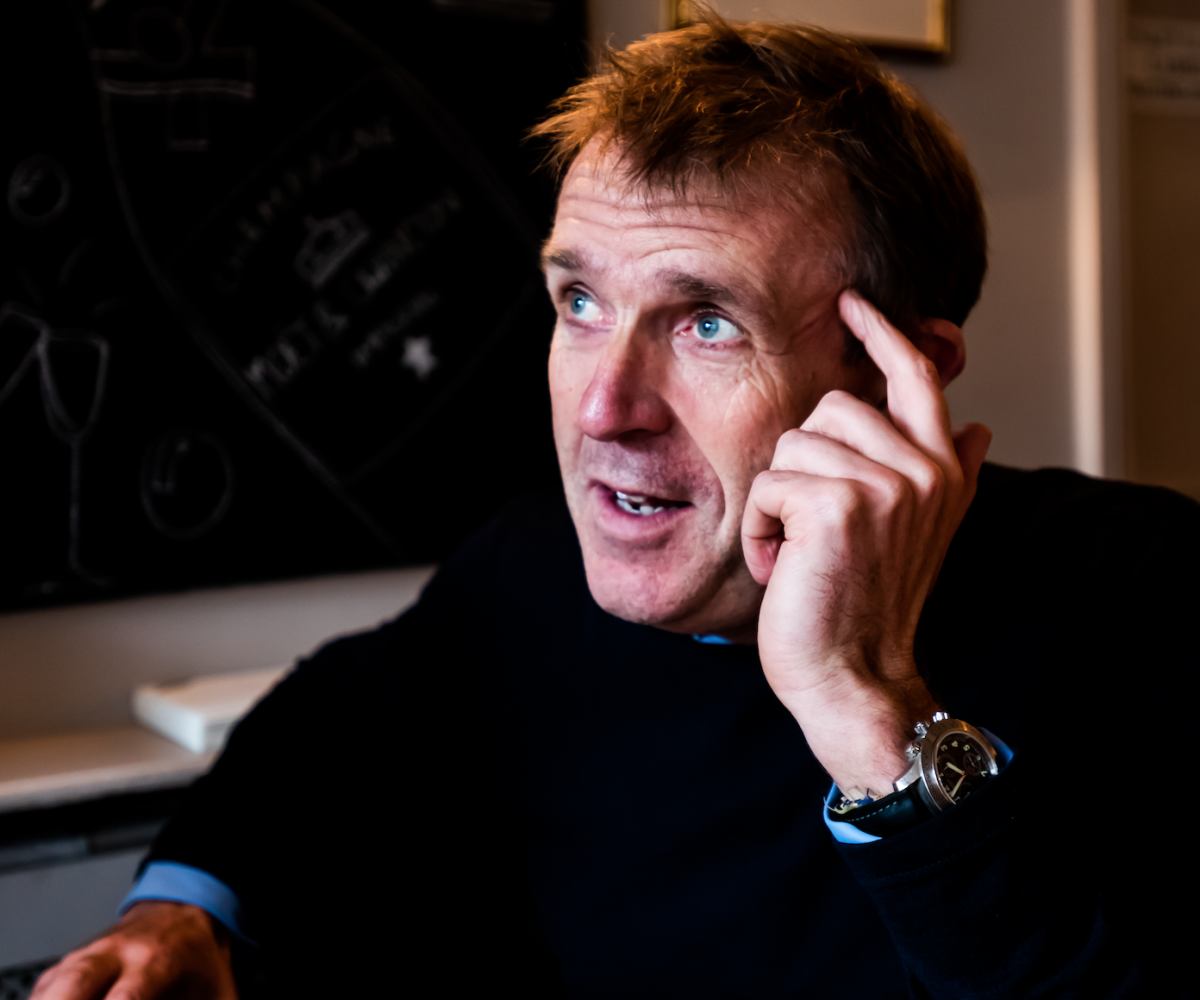 Design is something that is in Bannenberg’s blood and a world he has been familiar with for throughout his life. “I was very used to all of that stuff and it permeated my skin,” he says. “Dad would come home most evenings to the drawing board he had in the house and I would see him in his study working on his GAs into the night, with his clutch pencil and rubbing things out. So I was very used to that and, of course, very used to going to shipyards and bringing clients home to dinner; it was a very different era, that kind of thing.”

His story is truly unique; having been immersed in the world of design from birth, Bannenberg’s understanding of the market is unprecedented and actually made better by his relaxed and infectious personality. But on the subject of personality, every designer that I have had the pleasure of interviewing for this series has been truly inspiring, affable and fun. I can’t really recall one of these interviews that hasn’t included hours of wonderful conversation; this is the recurring theme and long may it continue.

While all of these entries may be different, one thing is for sure, the palpable passion and drive that it takes to be a superyacht designer – it’s in the blood.

A catalyst for creativity

Analysing the designer’s route to market