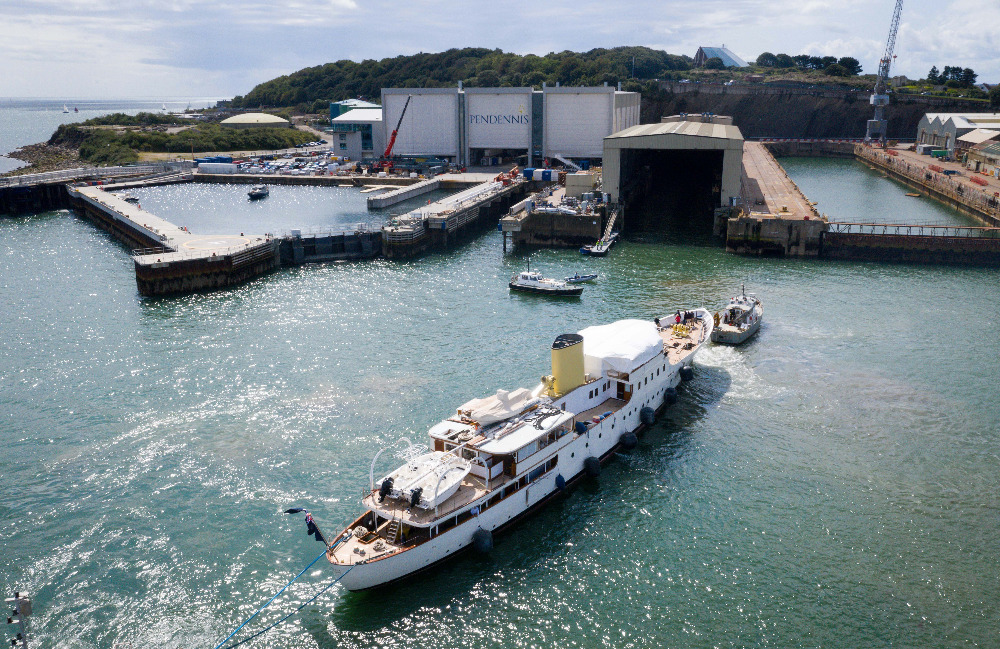 Since 2010, 137 superyachts have been delivered in the United Kingdom alone, which is more than the United States (126), Germany (57) and the UAE (54). While of course, inward pressure from foreign competition may have elevated some of Britain's new-build momentum, there is still a great deal of opportunity on the horizon and - as we find out in this report - a host of impressive statistics that continue to compete with other principal regions in the superyacht industry. 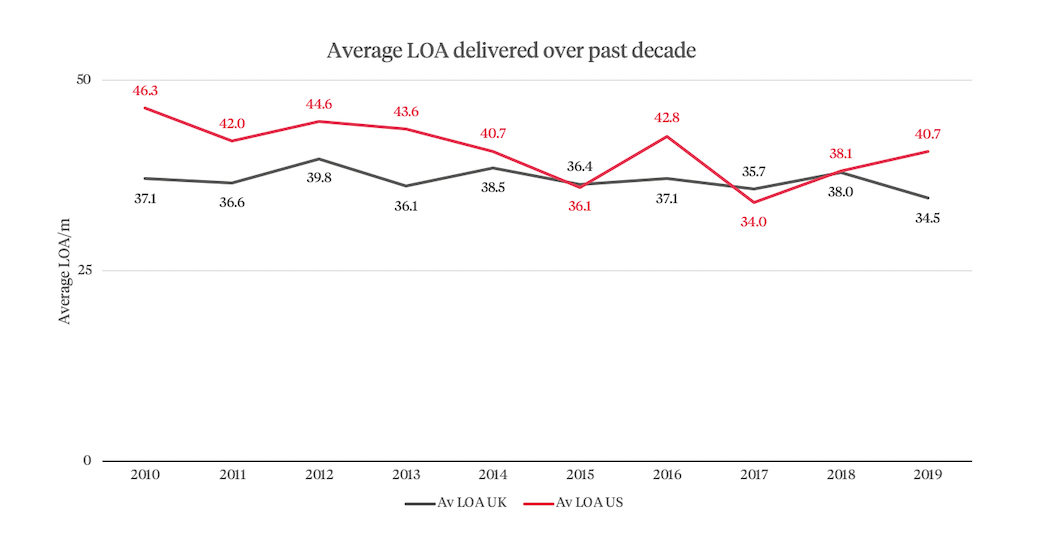 Having contributed to 8.2 per cent of global superyacht deliveries in the last decade, UK superyacht activity has been consistent, totalling an average of 13.7 deliveries per annum. On average, the LOA of yachts delivered has remained between 36m and 40m, largely due to the high volume of production yachts at the lower end of the size spectrum from Sunseeker and Princess, which together account for more than 91.2 per cent of British output in the last 10 years.

Shipyard activity in the last 20 years has remined consistent in the UK, as each five-year period sees five active shipyards, with the exception of the period between 2010 and 2014 that spiked to seven active shipyards before returning to five. In comparison to the United States, the consistency here stands out, and despite the smaller number of shipyards reiterates a good position in the market. 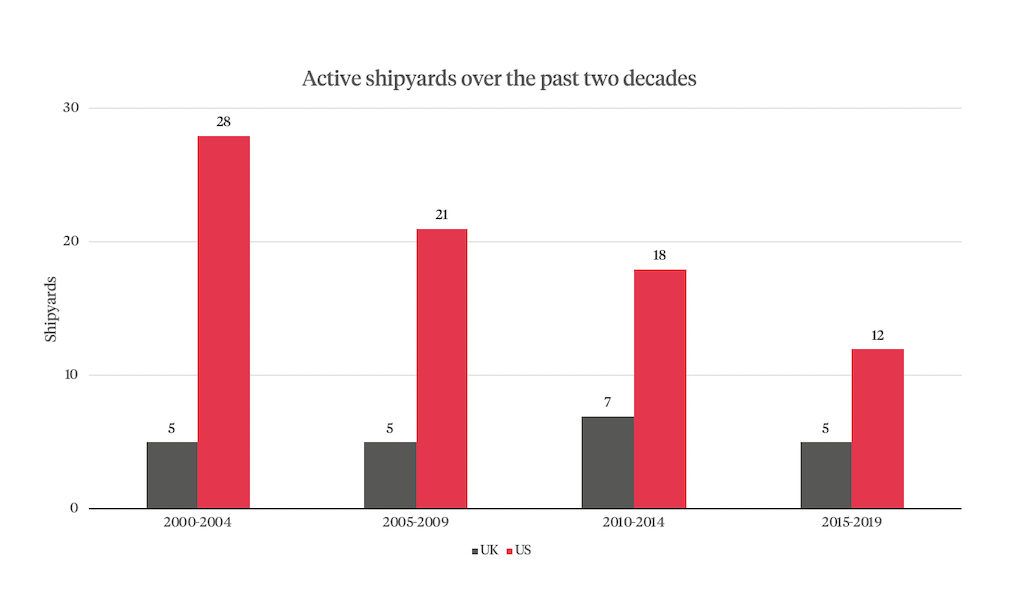 But, of course, when it comes to individual shipyards, it is primarily those on the south coast that stand out, including Pendennis, Princess and Sunseeker. Together, the heritage of the south coast makes a vital contribution to the wider superyacht market, and that is not just down to new build output.

Today, Pendennis can boast one of the largest dry dock facilities in the world at 150m and at the moment is awash with activity with major refits and new builds underway. Based in Falmouth, Cornwall, the shipyard currently hosts 69m Lady E for a major refit, 59m Marala for a full restoration and a Hoek Truly Classic 128-4. Today, Pendennis is globally recognised for its consistently high quality and outstanding facilities, attracting yachts over the UK.

As revealed in The British Superyacht Report, Princess also retains a global reputation within the semi-custom and production market. Figures show that the Devon-based shipyard is on an upward trend, delivering two consecutive years of record-breaking financial results for 2017 and 2018, with its highest ever sales figures and a robust return on profitability. In Fact, Princess’ financial results for the 12 months to 31st December 2018 show a record turnover of £340.3 million, which is up 24 per cent on the previous year.

But in addition to the shipyards themselves, the UK is home to a vital throng of design studios, which together with Italy has collectively contributed to 50.3 per cent of all exterior designs delivered since 2000. British design studios are among the most respected for custom projects, collaborating frequently beyond their borders, most noticeably with German and Dutch superyacht builders. The average LOA of British exterior projects since 2000 is 48.4m while the average exterior project is 829gt.

Winch Design has a staggering average per project of 2,407gt and an average LOA of 75.7m, which is 131.7 per cent and 57.9 per cent respectively above the overall global fleet average. Tim Heywood Design and H2 Yacht Design have also reported stratospheric figures over the past two decades.

When it comes to sailing yachts, Oyster and Spirit Yachts remain a vital contingent of the British superyacht market. While in February 2018, it was announced that Oyster Yachts had gone into administration, the British superyacht specialist was quickly acquired by entrepreneur, Richard Hadida, and since then engaged in a period of realignment, restructuring and development which will maintain the shipyard's position as a British yachting stalwart.

Spirit Yachts is also set to make history in the coming months as the Spirit 111 nears completion and will claim the title of the largest single-masted wooden sailing yacht built in the UK since the 1930s.

So, while the delivery figures and number of shipyards making deliveries may be dwarfed by that of Italy and the Netherlands, British superyacht activity is still an important and prosperous cog in the wheel. In the UK alone, there are now 12 yachts under construction, three of which are sailing yachts. And in 2020, we will see 10 new vessels join the fleet.