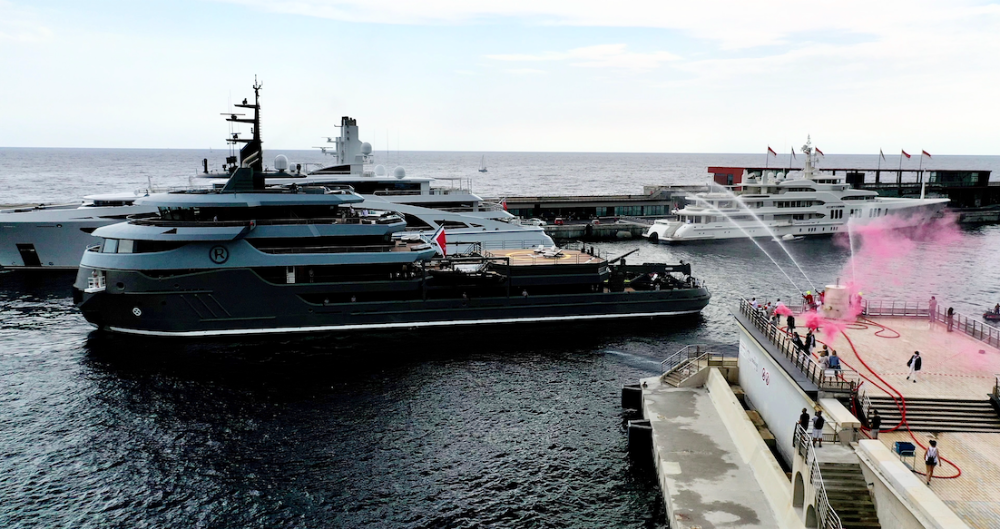 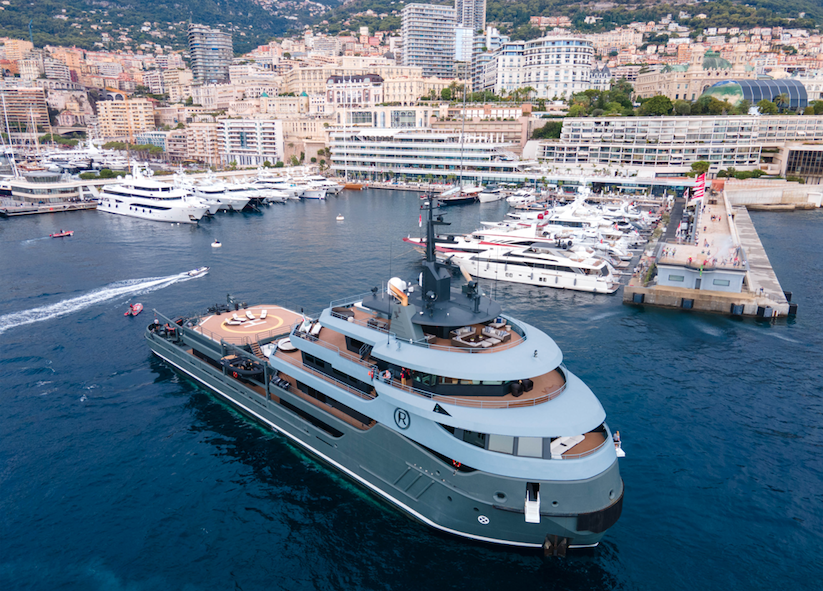 M/Y Ragnar made a grand entrance into Port Hercule and the YCM Marina yesterday, and as tradition dictates, when an exceptional yacht arrives in the Principality for the first time, she was greeted with a water salute by the Monaco fire-brigade.

The arrival of the 68m YCM-flagged explorer superyacht marked the start of Monaco: Capital of Yachting Experience (20-23 September 2020), which comprises four days of discussions organised by the Yacht Club de Monaco on how to tackle health and environmental challenges in the superyacht sector.

Ragnar is a fitting vessel to have chosen, as she embodies the many possibilities that a superyacht can provide – above and beyond cruising the Mediterranean, such as contributing to scientific research for the benefit of the marine industry and the Earth as a whole.

Originally built as an ice breaking multi-purpose support supply vessel in Holland in 2012, she has since become an Arctic explorer superyacht ever since she emerged from the ICON shed in January 2020, and can accommodate up to 16 people.

Her more distinctive and unusual features include an ice pool, a snow room, and ICE class PC5-rated electric driven ice pods. She also has an OCS system transmitting data collected at the ocean-atmosphere interface at all hours.

With a range of 6,000 nautical miles, Ragnar can venture to the planet’s remotest corners, even in the most extreme weather conditions, and beam back oceanographic and meteorological data to the international scientific community.

This nautical event is part of Planetary Health Week, organised to coincide with the Prince Albert II of Monaco Foundation’s Monte - Carlo Gala for Planetary Health, the aim of which is to put the spotlight on both human health and that of our planet.

Later this evening, (Monday 21st September), South African explorer Mike Horn, accompanied by Swiss sailor Bertrand Stamm, opens the debate with a preview of the first rushes from his latest expedition that took him to East Greenland this summer before crossing the ice to the North Pole. The aim was to observe and collect data on whales in the Arctic Circle and compare changes to marine life in general, pre- and post Covid-19.

Ragnar is a reminder of the good that an industry like ours can achieve, and the initiatives it can afford to help with, when we look at using a superyacht for more than a two-week holiday in the sun. Much of this work can be done automatically, such as the previously mentioned OCS system, so there is no excuse not to combine exploration with information.

Casual luxury is the new luxury

A tale of two cities