Scheherazade has been pictured in Carrara, Italy. We consider how proof that a superyacht is not owned by Putin constitutes no proof at all.…

If we were to be given a pound for every time we heard a rumour about a superyacht that was supposedly owned by Russia’s President Vladimir Putin…nevertheless, if there was ever an unsubstantiated claim for Putin owning a superyacht that was likely to be true, Scheherazade, the 140m motoryacht, would be right at the top of the list and, for those that are interested, she has recently been pictured at NCA Refit in Carrara.

It must be noted at this juncture that it absolutely cannot be confirmed whether or not this superyacht does belong to Putin. Even by superyacht ownership standards, which can occasionally be purposefully opaque and complex, Scheherazade stands out because of the levels of secrecy and opacity that have surrounded the project and the chances of finding Putin’s name and signature on any documentation denoting ownership of a superyacht are zero-to-none. 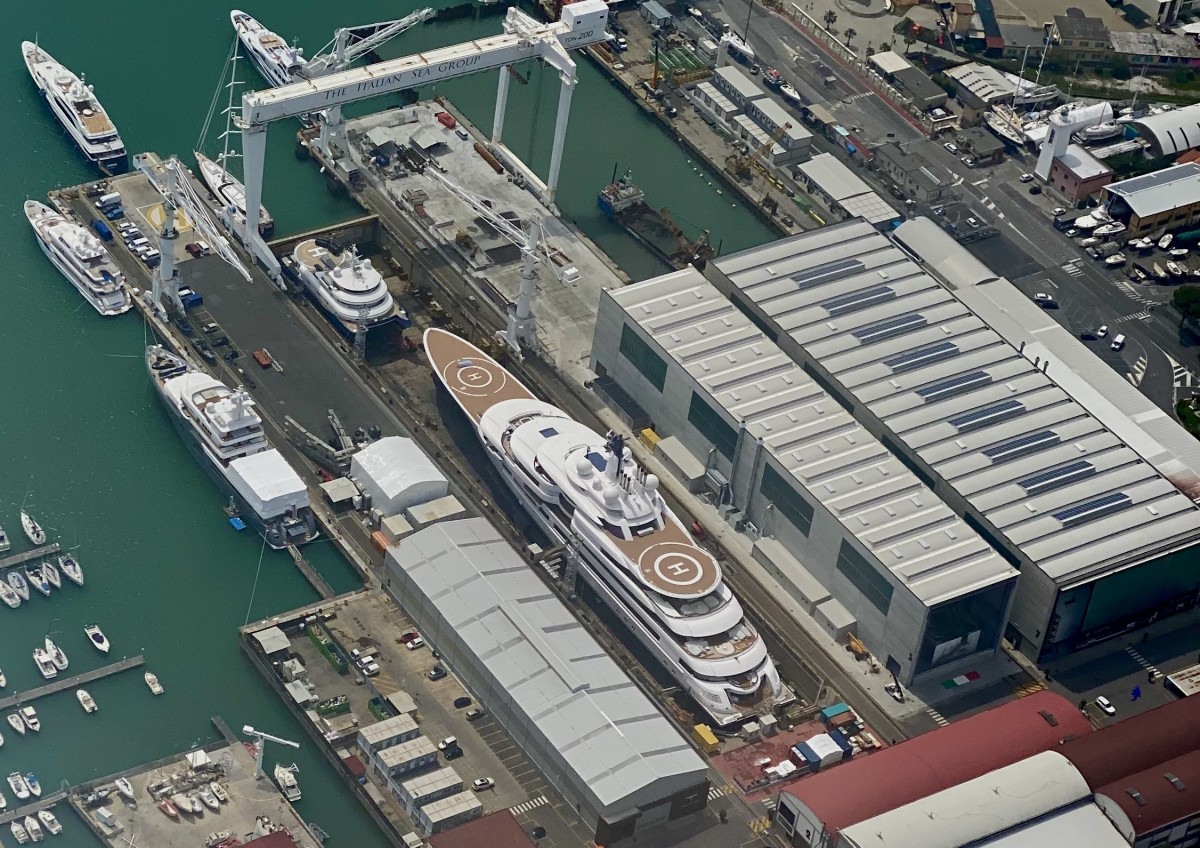 When the Panama Papers, some 11.5 million leaked files from the Panamanian law firm Mossak Fonseca, leaked in 2016 the International Consortium of Investigative Journalists discovered a trail of offshore deals and huge loans, worth around $2billion, that led to Putin. The money trail led directly to Putin’s inner circle and to his close family, however, unsurprisingly Putin’s name was not found on any of the documentation. Regardless of the fact that Putin’s name never appeared on any documentation, some commentators have estimated that Putin’s net worth is in the region of $200billion, meaning that no superyacht project would be beyond his means. It stands to reason, therefore, that Putin’s approach to superyacht ownership would be no different.

If Scheherazade turns out to not be owned by Putin, then whoever does own it has done a mighty fine job of making it look like it’s Putin’s. Various reports have suggested that there are 70 Russian crew with the vessel, a cover to hide its nameplate and a metallic barrier protecting it from sight.

According to The Italian Sea Group, the parent company of NCA Refit: “The Italian Sea Group, on the basis of the documentation in its possession and following the findings of the checks carried out by the relevant authorities, declares that the 140m yacht Scheherazade, currently in the shipyard for maintenance works, is not attributable to the property of Russia President Vladimir Putin.”

According to the IMO, Scheherazade is legally owned by Bielor Asset Ltd, a business registered in the Marshall Islands, not that that has any particular bearing on who actually owns the vessel. As previously stated, even those assets known to be linked to Putin do not have his name on and, therefore, from a perspective of plausible deniability, The Italian Sea Group’s statement is absolutely accurate. 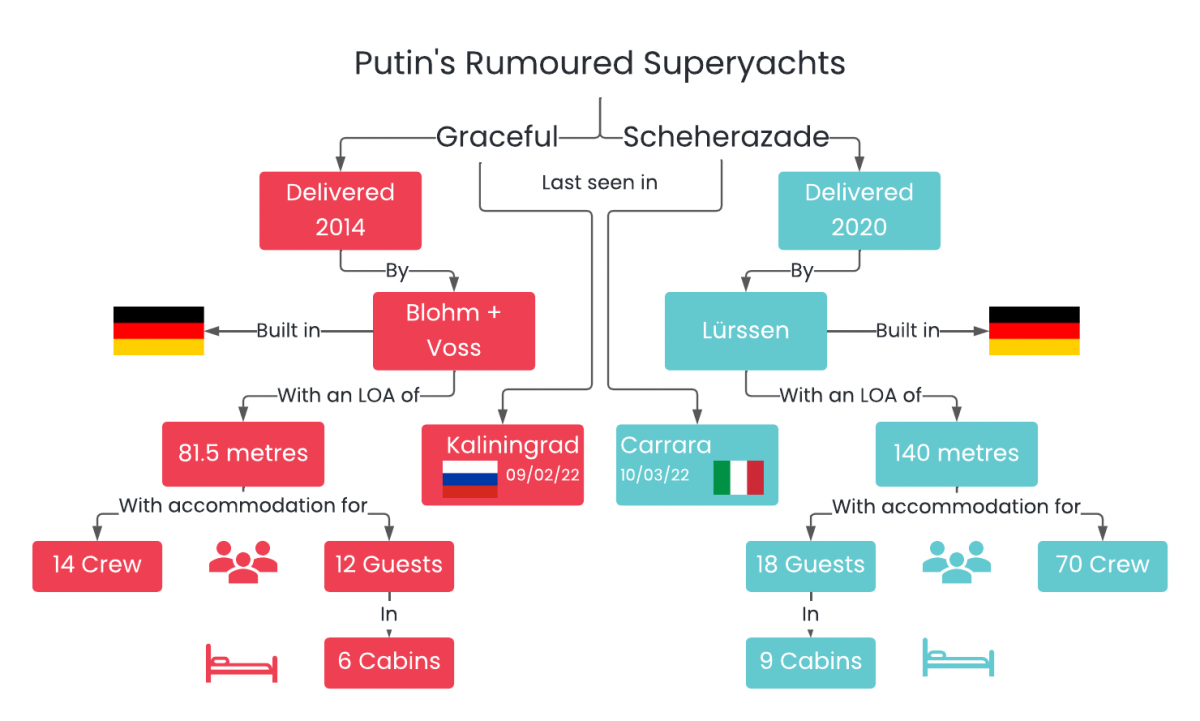 It should be noted the Scheherazade is not the first superyacht to be tied to Putin. It is generally accepted that 81.5m Graceful is also owned by Putin and, interestingly, Graceful was one of the only high-profile superyachts to return directly to Russia in the lead up to the war in Ukraine. Above is a snapshot of the two vessels supposedly owned by Putin.

As previously stated, it is nigh on impossible to prove beyond a reasonable doubt that Putin owns these two projects but if it looks like Putin’s and smells like Putin’s, it’s probably Putin’s.

Advice for crew on Russian-linked superyachts