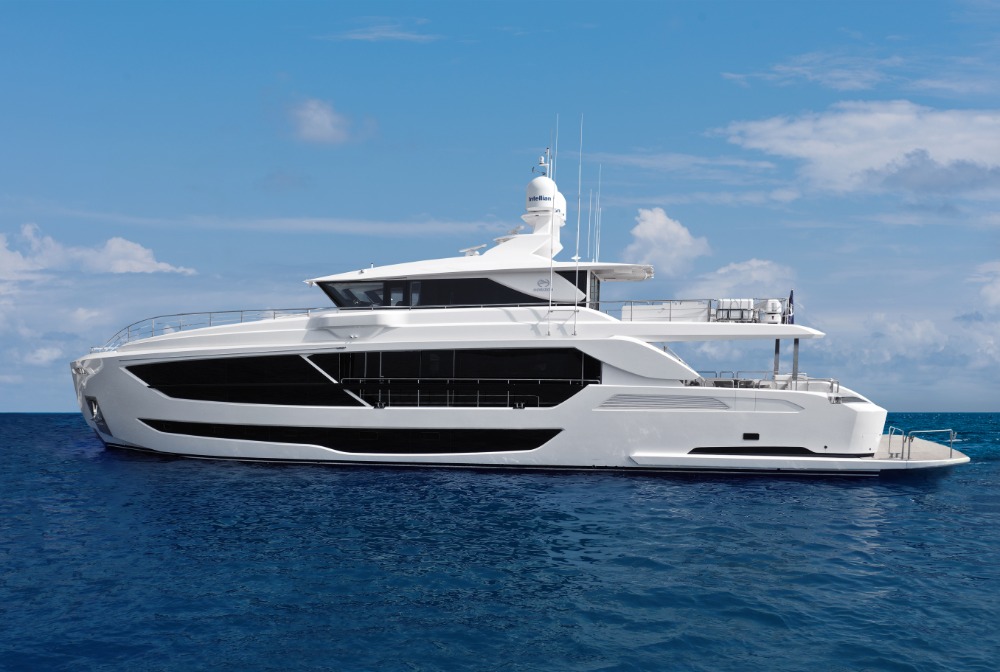 Bookending the FD series as the largest model, the new FD102 is the first superyacht in the series. Completed within a 12-month build period and classed to Bureau Veritas, hull one has an overall length of 33.1m – marginally longer than the standard spec – and a beam of 7.7m.

The FD102 is configured with double salons, an on-deck master stateroom and four staterooms on the lower deck. The vessel accommodates up to six crewmembers. Since the model was first announced, three FD102 yachts have been sold, with hull two scheduled for delivery to her American owners this summer, followed by hull three later in the year.

Due to the popularity of the FD series and the variation in requirements from owner to owner, the shipyard has expanded the series, which now includes seven size options, including the upcoming FD125 model.

While the FD102 is the first superyacht in Horizon’s FD series, the Taiwanese yard is no stranger to the market having delivered 42 superyachts to date. Indeed, beyond the FD series Horizon’s RP, EP and P models, as well as its custom offering, all offer superyacht variations, with Horizon having also launched an RP100 model in 2020. 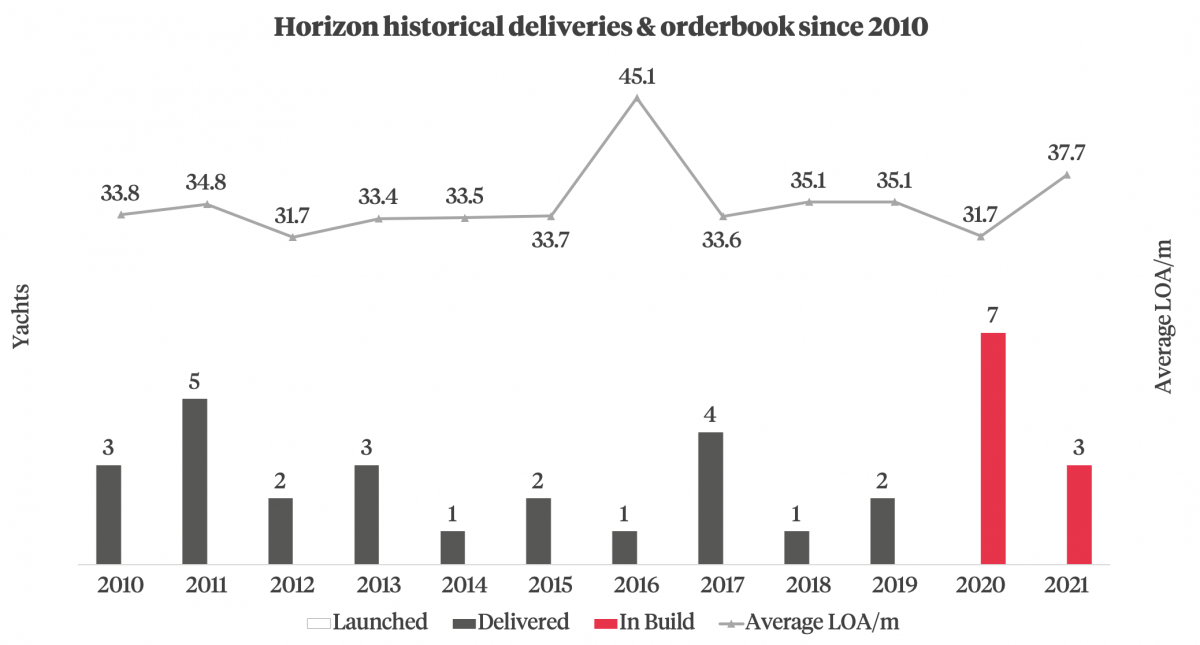 According to The Superyacht Agency, Horizon has delivered an average of 2.4 superyacht projects per year since 2010, with its most prolific year coming in 2011 when its delivered five projects. However, if Horizon’s orderbook proves to be accurate, it is due for a record-breaking year in 2020 with seven projects due for delivery and a further three scheduled for 2021.