Brokerage: the story so far 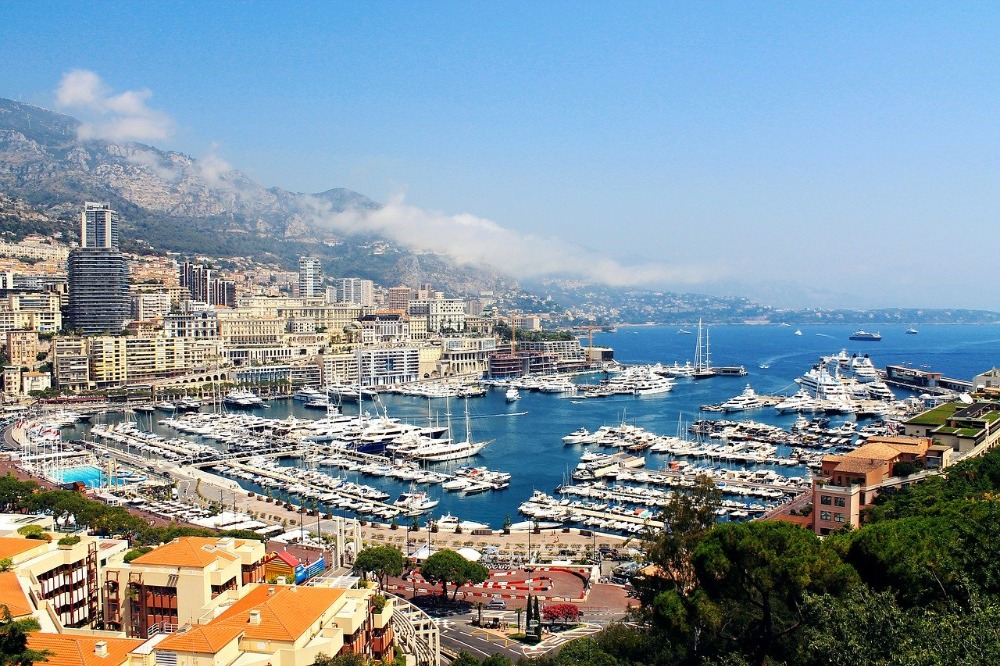 It goes without saying that the COVID-19 pandemic has had an adverse effect on all sectors of the superyacht market and, in this sense, the brokerage market is not unique. However, unlike the charter sector for example, brokerage decisions are long-term and, perhaps, this sector will be quicker to recover as UHNWIs begin to making long-term decisions that look beyond the current global environment. 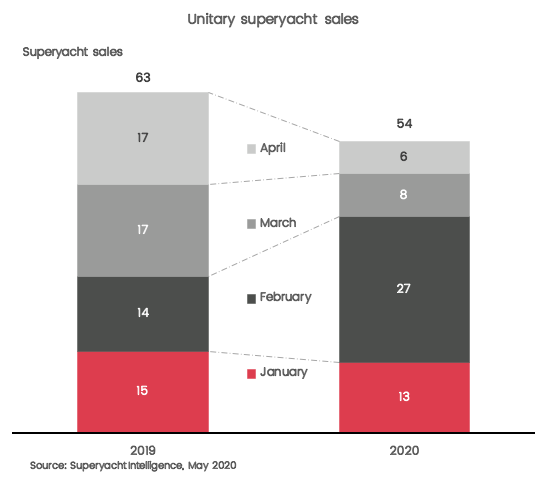 According to The Superyacht Agency, there was a total of 63 30m-plus superyacht projects sold between 1 January and 30 April 2019, with the distribution of these sales being around 25 per cent for each month, varying between 17 deliveries in April and 14 deliveries in February. Throughout the same time period in 2020, there were 54 superyacht projects sold, representing a 14.3 per cent decrease in the number of brokerage sales. While the overall decline in sales is not, at least on the face of it, by any means overly dramatic, the figures are without question aided by a strong market performance in February, which saw sales figures almost double since 2019.

Since 2012, sales figures in February have, on average, (excluding 2020) accounted for around 25 per cent of sales between January and the close of April. By stark contrast, 2020’s strong February performance accounts for exactly double that figure, at 50 per cent. When comparing the two months that have been hit hardest by COVID-19, the declining performance is somewhat starker. In 2019, there was 34 projects sold between March and April, this figure fell to just 14 in 2020, representing a decline of 58.8 per cent. 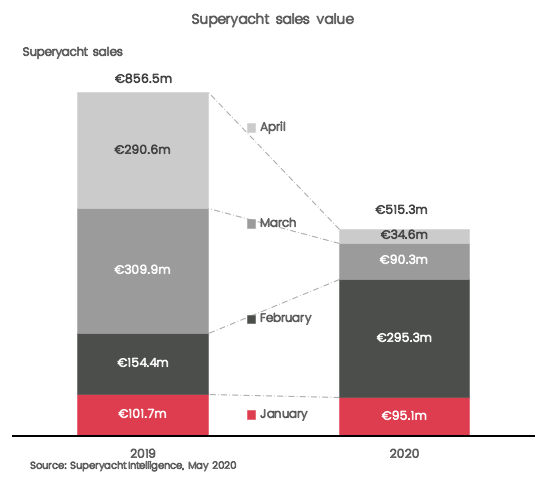 Perhaps more concerning than the fall in unitary figures is what this fall represents in terms of the total value of the decline in sales. Between the months of January and April in 2019, the total sales value of all 63 projects was €856.5million, as opposed to €515.3million in 2020. Quite what impact this €341.2million shortfall will have on businesses operating within the brokerage market remains to be seen. 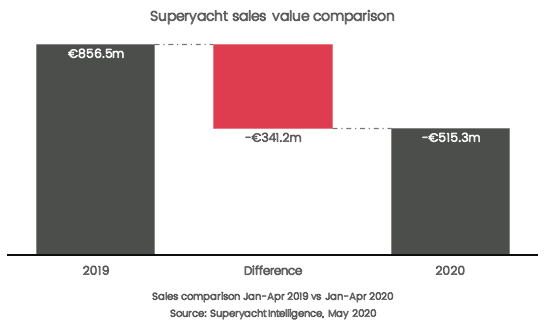 Anecdotally it has been suggested that the desire to own superyachts has persisted throughout the COVID-19 pandemic, with various brokers and brokerage houses pointing to the fact that there have been sales completed (14) within this period, as well as the suggestion that a number of deals have simply been put on hold during this unprecedented period of uncertainty, pertaining to both the economic impact of the disease and the question marks that remain over superyacht usage in 2020.

While the numbers are low, that 14 sales have been processed in March and April bodes well for the industry at large. Unlike the charter market, which has all but ground to a halt, brokerage activity continues to move forward albeit at a reduced speed. Where many charter clients are looking to cancel contracts entirely, or at the least defer the charter for a hitherto unspecified later date, brokerage discussion are not hamstrung by the passing of the seasons. Additionally, the market should take heart from the excellent sales performance in February which saw sales figures almost double when compared to 2019. Let us hope that the market bounces back in a timely manner.

Not just a billionaire’s toy