Not just a billionaire’s toy 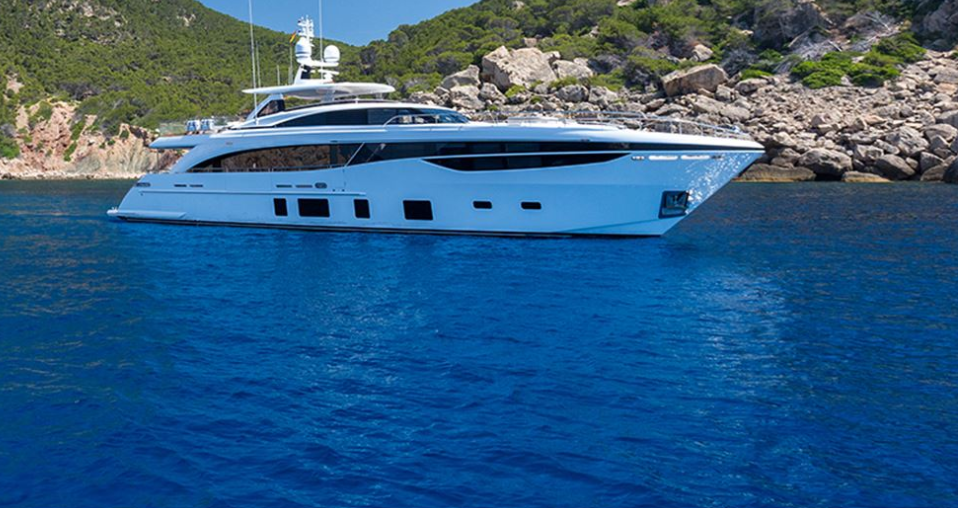 No one would argue that a superyacht is an essential item. Indeed, the industry itself often comments on the fact that no one needs a yacht, especially when comparing superyachts to other luxury asset classes, such as private jets and real estate. However, when one considers the economic impact of superyacht manufacturing, as well as the many thousands of people that are employed throughout shipyards and other businesses, the notion of being non-essential much be challenged, or else thousands of workers risk losing their jobs.

“At Princess we took the decision to optionally shut down our manufacturing temporarily,” starts Kiran Haslam, chief marketing officer at Princess Yachts. “The government’s briefing explained that, unless it is essential, everyone should stay at home during lockdown, unless you are unable to work from home. It is important to note that the government has never called for a halt to manufacturing. Quite the opposite, it has encouraged businesses to continue manufacturing in order to aid the economy and its eventual recovery. Those businesses that were required to close down completely were those that had been identified as key hot spots for the transmission of viral infection, such as pubs, clubs, cinemas and so on.”

Nevertheless, Princess Yachts temporarily shut down manufacturing across its five sites in order to ensure that, as and when it began manufacturing once again, it was able to comply with the government health and safety guidelines and, indeed, surpass them as a means of protecting the employees within their care.

“We are a large workforce of over 3000 employees, so our first concern was the safety of those individuals,” continues Haslam. “Therefore, we did a controlled shutdown, which is an incredibly hard thing to do some 55 years after the business had originally opened. We have never had a full shut down ever before. We retained around 2 per cent of our employees ‘unfurloughed’, accounting for 79 individuals. We also asked everybody at the company, from the Chairman down, to take a considerable pay reduction, the reason being that we felt that it was a financial requirement for the company and because we simply did not know what direction the market was moving in. So, we reduced the number of employees on site to 79 people over the last few weeks and aligned all employees in acts of solidarity, safety and caution – in equal measure.

“During that time, we created a very strong plan for getting back to work. Sadly, since announcing that we would be returning to operation, we have received some descent for the general public who simply believe that this industry is only made of ‘billionaires buying toys for their 12 year-old daughters’. The descent escalated on social media, and we were also aware of other yacht firms experiencing similar negative sentiment and resentment from the wider public.”

The vitriol that Princess and other yacht manufacturers have received rests on the reductive notion that the superyacht industry is merely an opportunity for the ultra-wealthy to purchase expensive toys. What this view point fails to recognise is how vital superyacht shipyards are to local economies, thousands of employees and the survival of traditional crafts. Princess’ situation was made more complicated by the fact that is was ineligible for the government’s CBILS and CCFF financial aid schemes due to it being a business with a turnover in excess of £45million and yet not being a large investment grade business. As a result, Princess was required to lobby the government directly and, in so doing, created a report that clearly highlights its value and why one might consider its work essential.

“What we found initially was that there were very few answers,” explains Haslam. “One of the first challenges we encountered was that Princess as a business fell into the forgotten middle in so far as it was unable to benefit from the governments various schemes. We created a report that was sent to the treasury and directly to the chancellor, with CBI support and several MPs assisting in order for the government to recognise the gap within the CBILS and CCFF schemes. There are approximately 4500 businesses in the UK that fall within this category, many of which are manufacturers and require a skilled workforce. In a broader sense, the report we produced was to raise awareness for the businesses that fall within this bracket and I am pleased to say that this process resulted in something very tractable and that there is now a solution in place that resembles the CBILS scheme – now referred to as CLBILS.”

In order to achieve this, Princess was required to prove its worth. According to Haslam the evidence of Princess Yacht’s uniquely vertically integrated approach is well documented. The report was bolstered by real world examples of what Princess believes is their USP. What the report revealed is that, when using the multiplier (x4.5) typically used by Princess’ European counterparts to calculate economic impact on job losses, Princess was accountable for around 13,500 jobs. When taking into consideration the locality of Princess’ enterprise, one could reasonably assume that the multiplier would be closer to x6, which would mean Princess is accountable for some 18,000 jobs. Princess’ impact on Plymouth’s economy has been calculated at around £206million annually. Furthermore, the nature of Princess’ work means that it is responsible for the survival of a number of traditional crafts that, for the most part, have been lost in the UK. For example, Princess Yachts is the UK’s largest manufacturer of bespoke and traditional cabinetry. Without Princess, not only would thousands of jobs be lost, the demise of traditional crafts in the UK would be hastened.

Key to Princess’ return to work has been a strict adherence to the guidelines for safe operation in the manufacturing sector, as well as going beyond the required measures. These measures include:

The measures implemented by Princess have also been supported by written and video guides to aid the entire workforce. The layman’s conception of yacht manufacturing is not only naïve, it actively places at risk the livelihoods of the very people it pertains to protect. No one needs a superyacht, but thousands of people need the superyacht industry.

Insight from a superyacht SME

Being lucky is being prepared