Chris Cecil-Wright discusses his latest sale, which had a final asking price of €129 million… 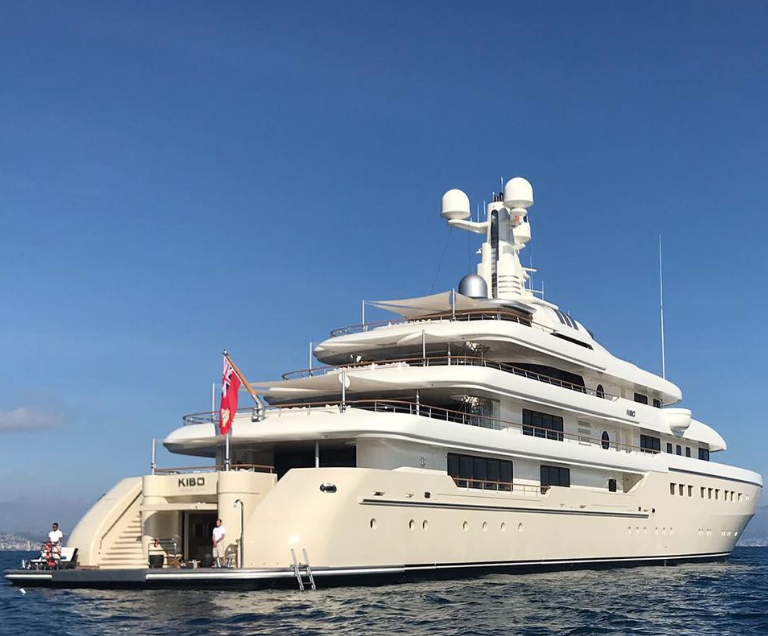 Chris Cecil-Wright and Merle Wood (joint CA) of their eponymous brokerage houses and Will Christie of Y.CO (joint CA) have teamed up on the sale of the 81.8m Abeking & Rasmussen motoryacht, Kibo, which was originally delivered to a Russian client in 2014. With a final asking price of €129 million, it is the largest publicly announced brokerage deal of 2018 so far, by value.

Set to be renamed Grace, the vessel is currently on the way to the US to undergo refit work. “The buyer is absolutely delighted,” says Cecil-Wright, who represented the buyer in the deal, in an exclusive conversation with SuperyachtNews. “It’s a great boat and doesn’t need any major work. She has a lovely interior and the new owners will put their spin on the artwork and make other personal touches. She is going to be painted ‘snow white’ and we’re also going to build the sundeck into a really nice inside-outside spa.”

The buyer has owned a number of Northern-European builds before and is very experienced. According to Cecil-Wright, he wanted more space and more waterline length for cruising to Australia and New Zealand, which is where the vessel will cruise after the refit. That said, Cecil-Wright reveals the new owner wasn’t necessarily in the market for a new boat at all.

“They’ve had lots of different interiors on their past boats,” he continues. “In this particular case, they liked the relaxed, beachy atmosphere. His main requirements were for more space, a forward-facing master cabin, a beach club, as well as room to put in a proper spa deck. He also wanted a nice, relaxed interior. Having a beach club area is a new feature for them so they are pleased with that.”

Cecil-Wright says it's a “very active” market in the upper size-ranges, currently. “There are plenty of people buying and plenty selling, which is what we want as brokers. I would say that it’s more active than the smaller end of the market, maybe because there is just so much more volume [of boats] available.”

Cecil Wright and I discuss the influx of new CAs in the 60m-plus sector and how this is affecting market dynamics and we agree that many of the boats are still very overpriced. “I completely ignore listing prices these days,” he continues. “I know what the boats are worth and my offers [on behalf of clients] are based on that. It’s just analytical; if they don’t like the offers, I show them my analysis!”.

Whilst not directly relevant to this sale, he says there is a noticeable shift in activity from 60m to 70m and above. “60m is a great size and there is still a great market for a boat in this size range but there’s not a lot to buy at the moment.”

Cecil-Wright, whose clients looking to buy are mainly European – English, Scottish, Irish and German – says this particular deal was enjoyable. “Merle is the consummate dealmaker, the daddy of deal making, and it’s always good fun doing deals with him.”

The truth? You can't handle the truth!