Burgess has now sold 26 brokerage yachts in 2018, amounting to over $1 billion in sales… 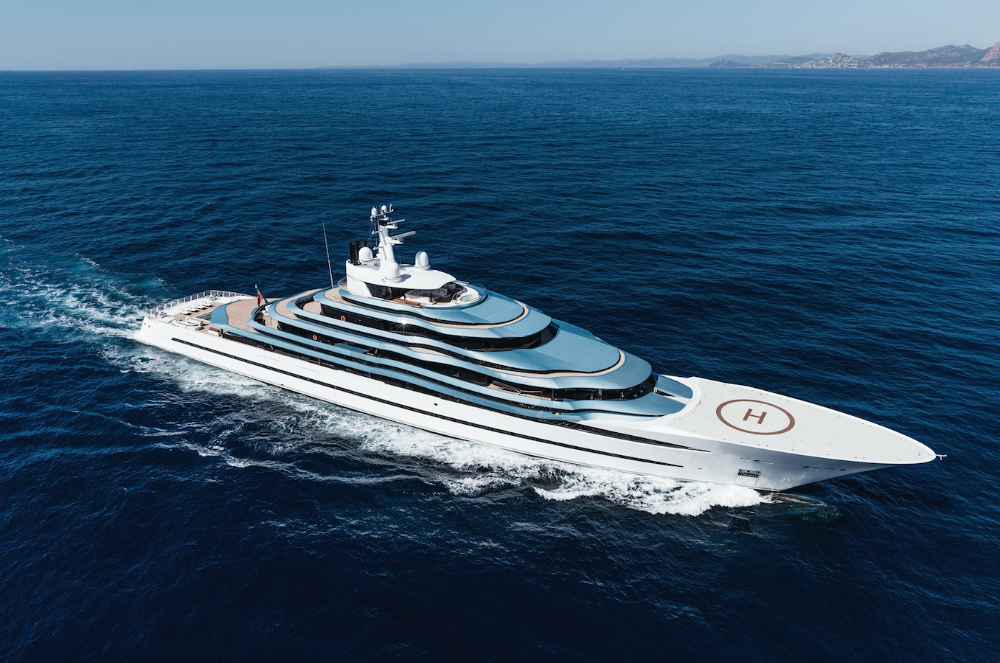 Burgess has announced the in-house sale of the 110m gargantuan, Jubilee, which was listed for sale at €275 million shortly before her delivery by Oceanco in July 2017.

Not only is it one of the largest brokerage sales of all time, but the sale helps Burgess’ brokerage division seal a record-breaking year: in 2018 thus far, the firm has sold 26 yachts with an average LOA of 53.4m, amounting to over $1 billion in brokerage sales.

Originally built for the late Emir of Qatar, it is alleged but not confirmed that the new owner is a member of the Walton family, the founders of American multinational retail corporation, Walmart.

Jubilee had a tremendous reception upon delivery as the largest ever Dutch-built yacht – a title that she will soon share with the 110m Feadship, Anna, upon her delivery. Her striking and curvaceous lines were carefully and cleverly drawn by Lobanov Design to give the illusion of a much larger vessel.

Built to PYC, she has a fully certified helicopter operating deck forward with a concealed mooring deck below. Among bounteous other impressive features, she has a large swimming pool aft on the main deck with a built-in aquarium and beach club below. Sam Sorgiovanni designed the interior to be both spacious and rich, offering accommodation for up to 30 guests in 15 staterooms, including a private owner's deck.

In a statement issued to SuperyachtNews, Jonathan Beckett, CEO of Burgess, said, “This marks a milestone in Burgess' history. Jubilee is very close to our hearts; following the initial introduction of the client to the shipyard, Burgess New Construction saw her successful build and delivery.

“Then, 18 months later, our sales force closed the transaction, making it one of the largest deals not only in 2018 but in superyachting history. Oceanco really set the standard when producing this award-winning yacht, and I wish her new owners many happy years on board.”

With 81.8m Kibo and 70m Saint Nicholas also changing hands in November, it has been a strong month for brokerage sales in the upper size ranges.