SuperyachtNews.com - Business - Validity of changes made to VAT on Italian charters questioned

Validity of changes made to VAT on Italian charters questioned 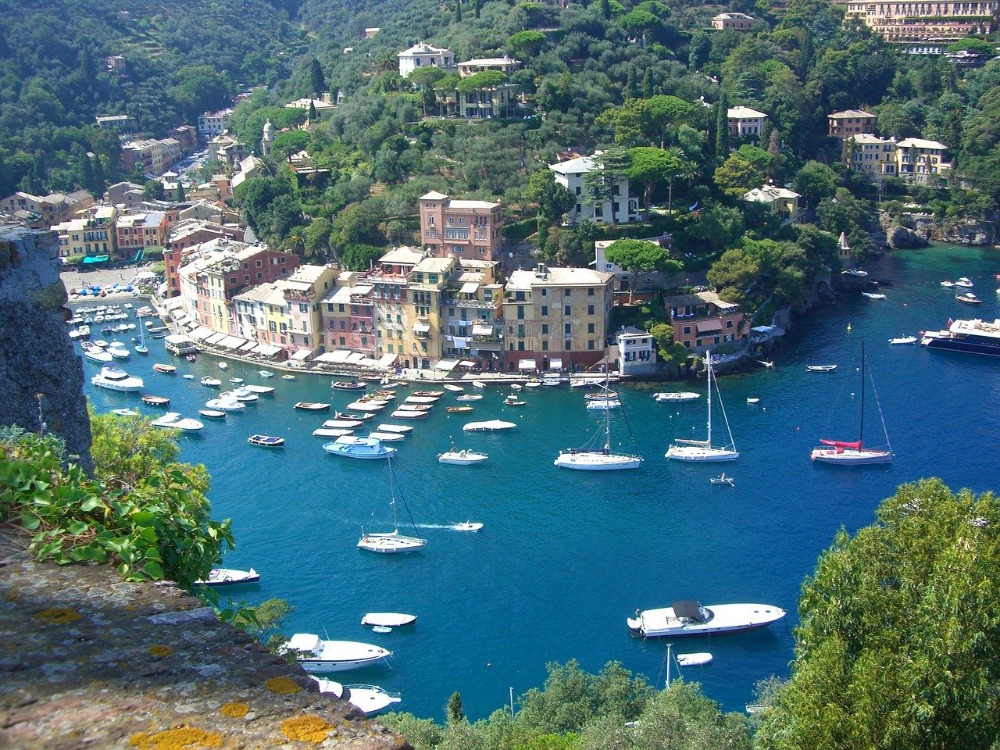 In 2019, the European Commission announced that the application of VAT on charters as practised in Italy, France, Malta, Cyprus and Greece would no longer be applicable in 2020. In other words, merely cruising into international waters and benefitting from a lump sum reduction in VAT will no longer be possible. Instead, VAT reductions are now to be determined on a strictly pro rata basis. Since the original announcement, various questions have been asked regarding the implementation and viability of the new system, with France being the first to act by delaying its application in order to stimulate charter business taking into consideration the COVID-19 pandemic. The Italian authorities, however, have afforded no such delay and MYBA has voiced major concerns with how the new system has been approached, proven in part by, what the association deems, a clearly inadequate public consultation period of only one week.

“Even if the general framework of the Italian law amendment is clear: Italy will no longer grant a flat reduction, but rather (i) VAT charged at the full 22% rate while the yacht is sailing in EU waters, and (ii) no VAT while in international or non-EU waters, the methods and forms of evidence of the new rules are not clear, and the draft of implementation leaves many questions unanswered. This, in addition, during such a delicate moment for the industry owing to the Covid-19 emergency has caused heavy consequences for the tourism market worldwide,” explained Carla Bellieni, partner of Studio Piana Illuzzi Queirolo Trabattoni and Benedetto Santacroce , founder of Santacroce & Partners, both of which are working on this issue under a mandate from MYBA as members of the recently formed MYBA EU Legal Consortium.

MYBA formed its EU Legal Consortium in late 2019 and has been assembling within its ranks maritime lawyers from various EU member states so that they can monitor the respective tax and law changes as and when they happen and inform their members accordingly, with monthly updates being the objective. EU member states currently represented are France, Italy, Spain, Croatia and Greece with Monaco also being reported on.

“The Italian draft of implementation states that (i) the time spent outside of EU waters should be assessed and proved from the data records of the automatic identification system [AIS] and, in the absence of this (ii) through other evidence. The new rule seems to be time-based and no longer distance-based, but we need clarity and good sense” points out Benedetto Santacroce founder of Santacroce and Partners

MYBA The Worldwide Yachting Association, which represents the interests of a significant number of stakeholders focused on yachting and charter, participated in the public consultation for the implementation of the new charter VAT system in Italy and identified a number of critical issues, which are shared and supported by Federagenti Yachting. 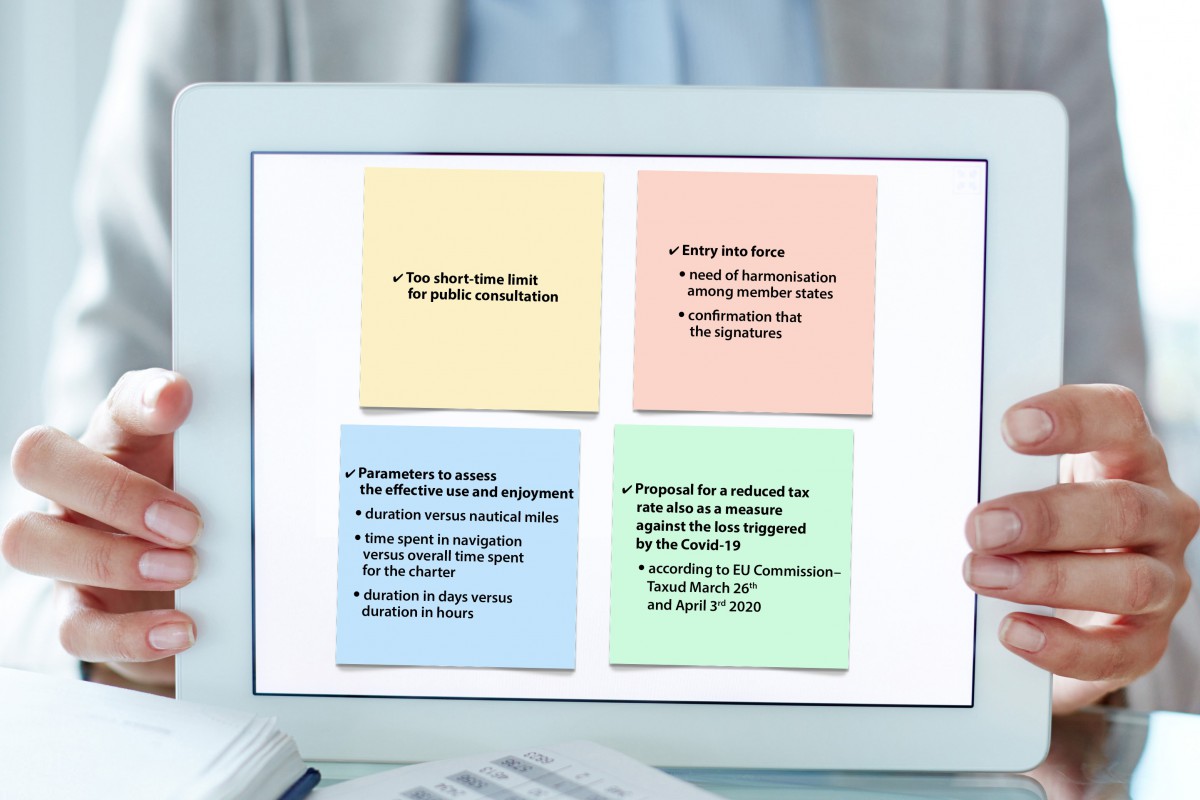 Firstly, MYBA highlighted the period provided for public consultation and requested an adequate extension of the time given for interested parties to present their comments and views as, in its current form, this was clearly too short. A period of only one week for the purpose of sharing and agreeing key measures with various operators, Bellieni and Santacroce describe this period as being “more than too short - an almost non-existent time for a law amendment that affects the industry at an international level.”

Secondly, the associations highlighted how counterintuitive the application of the new VAT system in Italy would be, given that the purpose of the new system was to introduce a uniformity to VAT on charters within the EU and, how as such, in order to avoid distortions of competition, the new system should be simultaneously applied across the various member states. Therefore, with France delaying the application of the new system, it makes little sense for Italy to implement it, given that it will have a detrimental effect on its ability to compete.

“Furthermore, the implementation measures refer to the ‘time’ (spent in or outside the EU) but it does not point out if the assessment between navigation inside and navigation outside the EU territory can also be done on the basis of nautical miles, the adoption of which would yield results closer to those yielded by the old flat-rate system,” continues Santacroce.

Lastly, and perhaps most importantly, MYBA voiced how detrimental the implementation of the new system would be on superyacht-driven tourism, especially in light of its already diminished performance as a result of the COVID-19 crisis.

“VAT rules on yacht lease or charter agreements are crucial to the balance and the future of this industry, [which is] so significant for the tourist market,” comments Bellieni. “A hasty application, both (i) prior to the other Member States which must have harmonized rules, and (ii) without clear rules, would discourage the international players, causing them to avoid choosing any charters and similar agreements that are exposed to VAT in Italy, at least for this incoming season.”

MYBA has urged the Italian authorities to consider the possibility of establishing the application of a reduced tax rate to short-term leases and charter contracts aligning themselves to those already established by various other EU countries, including Croatia. The Italian tax authority is currently going through the aforementioned issues, but there is, as yet, no indication of when and how the new measure will be defined and enter into force. However, as stated by the draft implementation measures, the old system may be applied to all charters signed before the entry into force of the new system.

Superyachts contribute over $63M to the Australian economy

Ferretti Group announces $15 million investment plan for the US