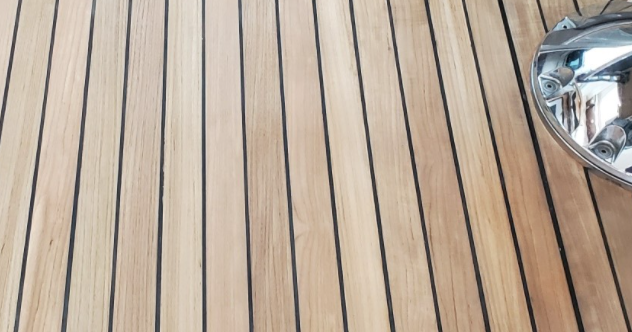 Since the military coup in February 2021, the US has imported 1,565 tonnes of teak from Myanmar regardless of the sanctions that were put in place shortly after the coup. According to Justice For Myanmar, the Myanmar military has carried out acts of terrorism against Myanmar’s people, killing over 1,400 civilians and imprisoning 11,000 more, as well as bombing and shelling communities.

In response, the US imposed a variety of targeted sanctions, including on the state-owned Myanmar Timber Enterprise (MTE), which is solely responsible for the trade of teak by auctioning logs for export. Essentially, MTE controls the forestry industry in Myanmar and since the coup, it has been under the control of the military junta. Through MTE, the junta takes a percentage of export revenues that go towards directly funding their reprehensible activities. 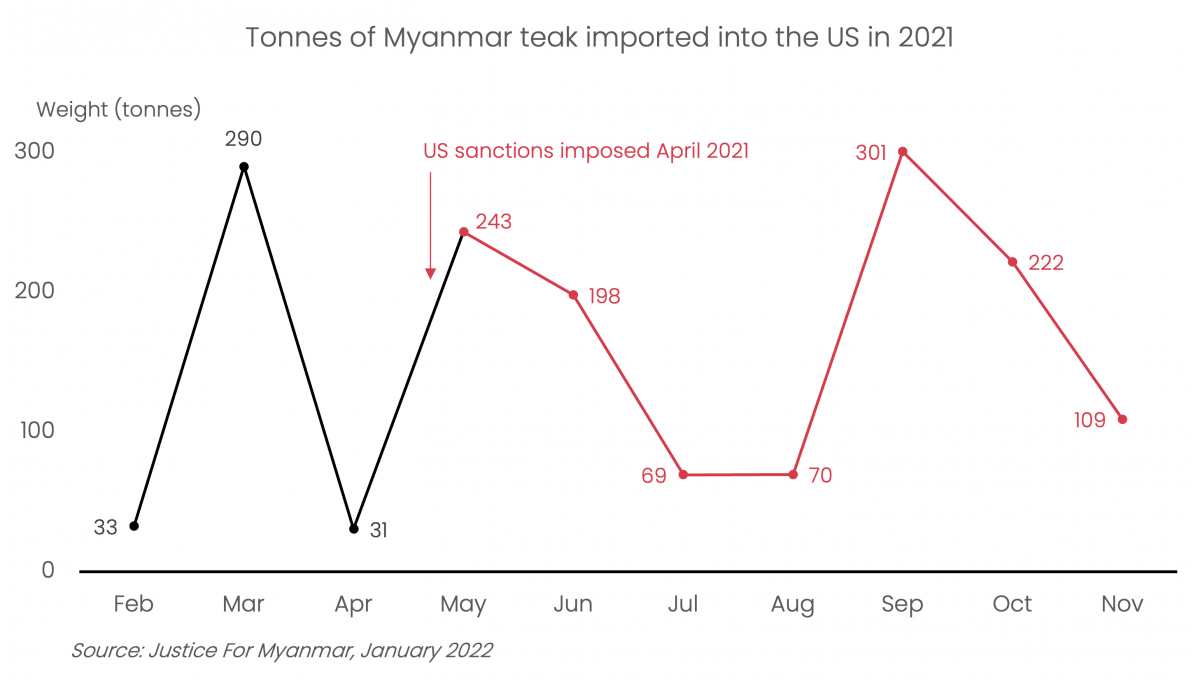 “Sanctions must be enforced in order to be effective. We urge OFAC to investigate US imports of timber from Myanmar since sanctions were imposed on MTE,” says Yadanar Maung, spokesperson for Just For Myanmar. “We call on the US government to ban all Myanmar timber imports to prevent further revenue from reaching the illegal military junta. Continuing trade in timber from Myanmar supports the illegal military junta that is committing atrocious crimes with total impunity, including the indiscriminate murder of children.

“Through such targeted sanctions on imports from military-controlled industries in Myanmar, the US and other countries have the power to cut the financial flow to the illegal junta and support the Myanmar people’s struggle to end this tyranny and establish federal democracy.” 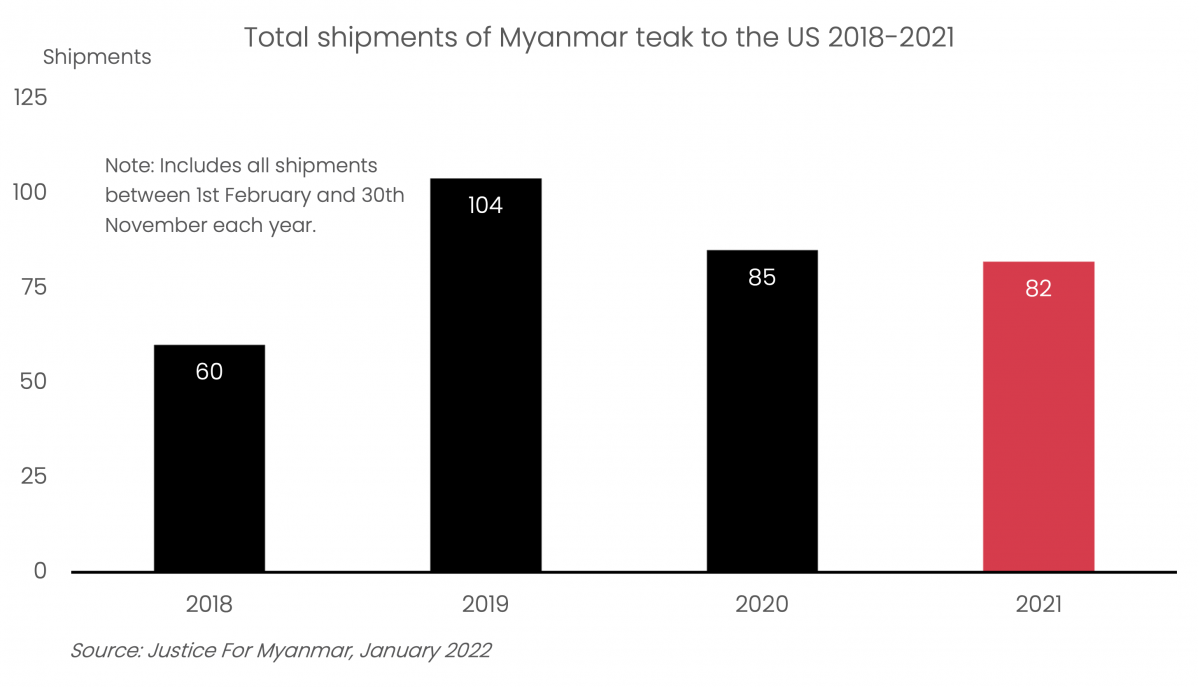 According to the global trade database, Panjiva, from February to the end of November 2021, 82 different shipments of timber arrived in the US from Myanmar, largely consisting of teak board and scantling, which are commonly used for shipbuilding, outdoor decking and furniture. Multiple US timber wholesalers and manufacturers have been implicated and the data suggests that said companies are circumventing the sanctions by trading via intermediaries, keeping the link to MTE indirect. These intermediaries are private companies that include major teak traders.

Only the intermediaries’ details are included on the documentation required for US imports, allowing potentially illegal imports to pass under the radar of US authorities.

It has been proven from the US’ lack of action on sanctions, as well as continued trade into Europe, that total bans are required to have the desired impact. However, even bans in Europe have not proven successful if the authorities that are required to hold businesses accountable remain inactive. What is clear at this point is that more needs to be done to stop Myanmar from exporting teak and funding the military junta.

Speaking with SuperyachtNews in 2021, Faith Doherty, EIA Forests Campaign Leader commented: “Once again, we see the Myanmar military seeking to cash in on the country’s natural resources to fill its pockets and fund its reign of terror. To any timber trader or company thinking of participating in this auction, we say this: don’t be in any doubt that if you purchase timber from Myanmar you are buying bloodwood – you are directly funding a horrendous regime to continue to its routine abductions, illegal detentions, murders and systematic trampling of human rights, as well as the destruction of Myanmar’s forests.”

What can I get for my money?

A year in review