Has the superyacht industry’s desire to be unique actually been detrimental? 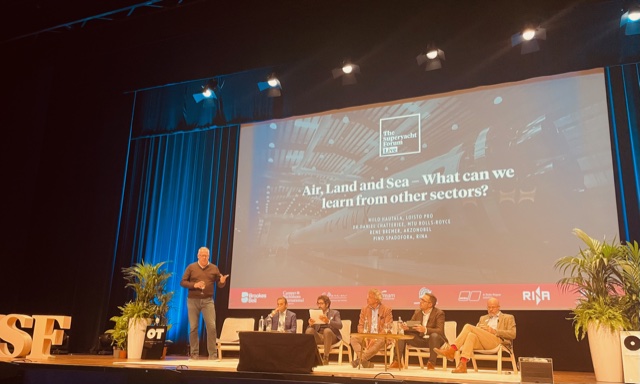 For years the superyacht industry has spoken about its desire to be considered separate for the commercial maritime markets because laws that have been designed for such markets completely miss the various nuances of yachting. However, has superyachting’s desire to be seen as something other actually detrimental to its ability to have a global voice?

“If you look into the statements made at COP26, the maritime and aviation worlds are actually in the same moment where sustainability is concerned. Both have the target of reducing C02 emissions by 50 per cent by 2050, while everyone actually agrees that the aim should be to decarbonise by this point,” said Dr Daniel Chatterjee of MTU Rolls-Royce during The Superyacht Forum Live in Amsterdam. “To achieve these targets should theoretically be more difficult in the superyacht industry because of its fragmentation. The aviation industry, by contrast, has far fewer players and a far stronger and more unifiend voice.”

With so few major players in the aviation world, Chatteriee conceded that its ability to develop a clear voice on matters of requirement, regulation, sustainability and so on is beyond that of the yachting world in its current form. Nevertheless, this should not stop aviation’s model from being aspirational. Crucially, however, the superyacht industry has an advantage that the aviation industry does not.

Chatteriee argued that the superyacht industry needs to come up with more specific targets to be taken more seriously on the international stage. Take for instance the mining industry. How legitimately eager is the mining industry to become carbon neutral? Regardless, they have an extremely clear roadmap of targets and the solutions required to service these targets.

“There is a huge movement to get specific and to become transparent, especially where the environment is concerned. As an industry we should at least be aware of this and not be falling behind other industries because there are so many dynamics [at our disposal],” continued Chatteriee.

In order to generate specific targets and greater clarity, Chatteriee suggests that the superyacht industry may benefit from using the greater leverage afforded to the large commercial shipping markets, especially given that decisions made within the IMO are done so through the votes of select nations. Traditionally, one of the superyacht market’s bugbears has been that it has been bundled together with the commercial markets without full appreciation of its nuance and the many ways in which it is different from said markets, especially where regulations are concerned. However, given that this type of separation is unlikely to ever be granted to the superyacht industry given its relatively small size as a global business, perhaps it is time for the market to try and work more closely with the commercial industries.

“You need one voice to be influential,” says Chatteriee. “The superyacht industry is in a position to be an innovation driver and this is something that the European Union likes to hear. However, without the right platform, this will not be possible.”

Historically the superyacht industry relied on the fact that the international microscope was so rarely upon it that it could go about its businesses in whatever way it saw fit. Today, this approach feels outdated. Change is coming and without a platform or a unified voice, the superyacht industry will be forced to be reactive rather than proactive.